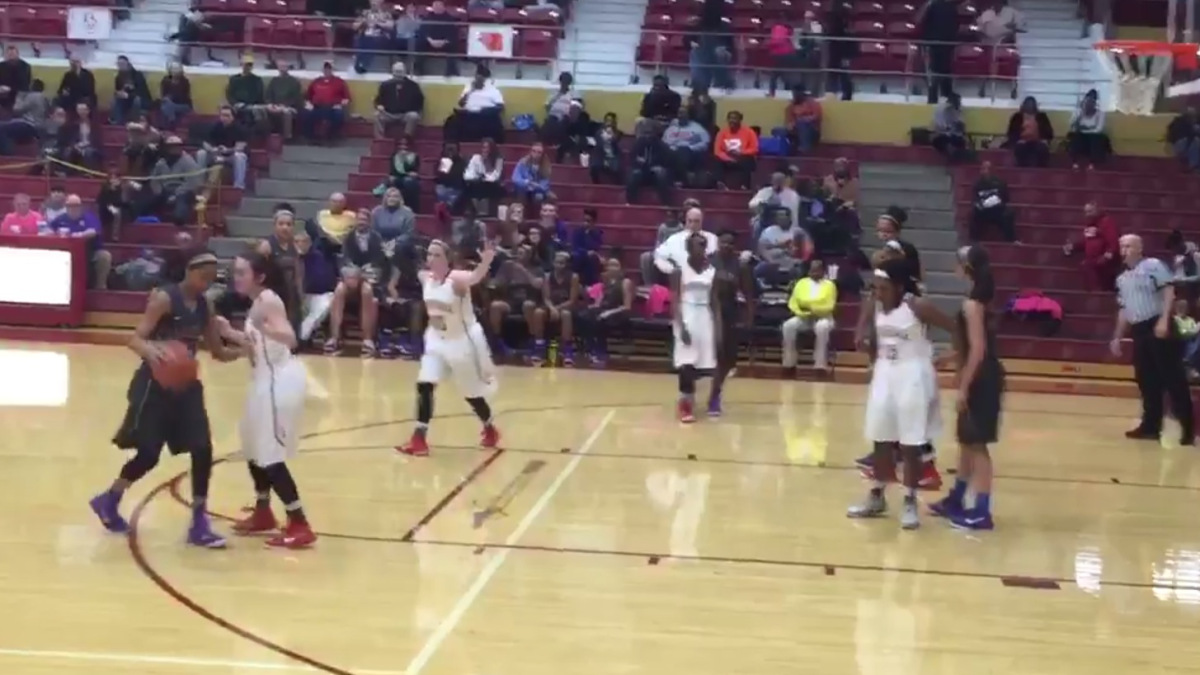 Earlier this month Smyrna met Riverdale High School in one of the Tennessee district finals.  In a weird twist of fate, the winner would soon meet defending state champion, Blackman. The losing team would be sent to the other side of the bracket, avoiding Blackman until the state championship game, assuming they would win out.

Apparently, both teams figured out this scenario and independently decidedly to lose. What ensued was an ugly and despicable display of basketball. Starters were pulled early in the game by each coach. Players deliberately missed shots, did not get the ball over half court, stood in the lane and begged the referee to call 3 second violations, deliberately committed over-and-back violations… As the clock wound down and the score was tight, a Smyrna player attempted a shot at Riverdale’s basket.

At that point, a clear-thinking referee got the coaches together and told them in no uncertain terms, “we are not going to make a travesty or mockery of the game. We are not going to start trying to shoot and score for the other team.” Another administrator from Smyrna went up to the head coach and said, ‘What are you doing? You need to play to win the ball game and stop this.” The starters were inserted back into the lineup and Smyrna won 55-29.

Punishment Fits The Crime: Understanding that both teams wanted to delay playing defending champion, Blackman, as long as possible, the Tennessee Secondary School Athletic Association (TSSAA) decided to make their wishes come true by banning both teams from further post-season play. They also fined both teams $1,500 and put them on probation for the following season.

The Appeal: Administrators from both schools appealed the state’s decision, “pleading” to allow the teams to continue in the tournament, but without the head coaches. In other words, punish the coaches and not the players. However, it was clear that the coaches, assistant coaches and players bought into this “losing strategy,” and the TSSAA held it’s ground.

Hard Lesson Learned: In subsequent interviews, it became clear that at least one of the coaches learned his lesson. Smyrna head coach, Shawn Middleton, said, “The bottom line is as a coach you make decisions in the heat of the game. No way would I do it again.” He went on to add, “It (the state’s decision) was hard to swallow. It was hard to tell my three seniors that their season is over. That was the toughest moment of my life.”

Joe’s Perspective: From the way this was written, I hope you can guess my perspective. You play the hand that is dealt you and you play it to the best of your ability. Embrace the challenge, give it everything you have, come together as a team, shock the world… and if you don’t win, you go on with your life. Sports is not war and nobody died. Use the experience to make you stronger.

In this case and in most cases, the means do not justify the ends. It’s not okay to deliberately lose because it will lengthen your season.  It’s not okay to plagiarize to get a better grade and it’s not okay to do wrongs to get more money.  I hear people say that,”It’s okay as long as I didn’t get caught.” That is a sad way to go through life. It’s the lowest form of moral reasoning. And, if only one team had decided to lose on purpose, the losing team would not have had to go to such extremes to lose.  Their deliberate actions would have been suspicious (Rhonda only shot 3-10…hmmm), but the officials would have continued the game.  The losing team might have gone on to make it deep in the tournament.  Would their actions have been more or less ethical because they didn’t get caught?

I think the coaches showed poor decision-making and abused their powers as a leader.  I think the players caved, sacrificed their integrity and made a mockery of the sport they loved. I think the game officials and the state officials handled this appropriately, reinforcing the principles of sportsmanship and competition. I was disappointed to learn that school officials fought this ruling, thereby implying the ruling was inherently unfair, instead of echoing the tough lessons to be learned. In the end, I believe this is a perfect story to teach sportsmanship, integrity, leadership & good-judgment. I hope I did my job.