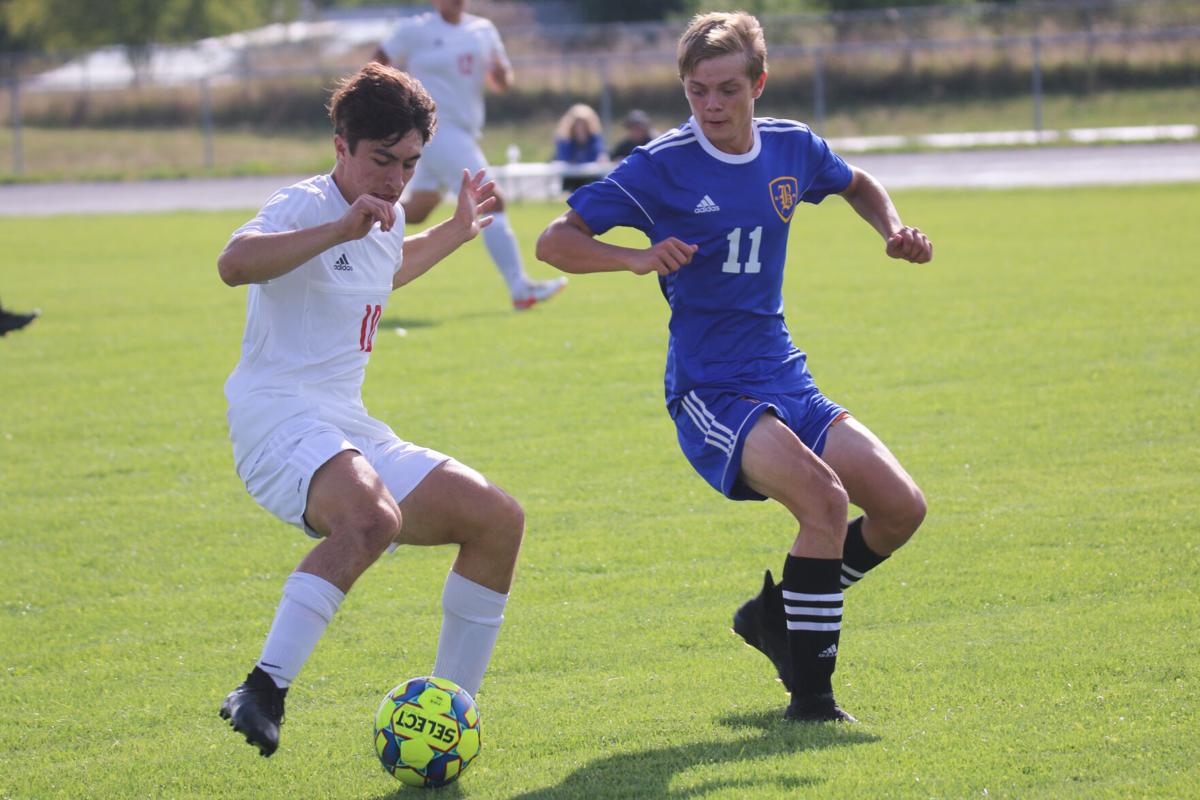 On September 29, Benzie Central High School played Kingsley High School in soccer. Benzie Central is a decent soccer program with one of the best soccer players in the state, Kevin Hubbell. Kingsley has had a lousy season, entering the game with zero wins and 15 losses. Early in the game, any viewer could tell that this was going to be a lopsided win for Benzie. The goals kept going in. 5-0, 10-0. What’s more, Kevin Hubbell had scored all the goals. With his 11th goal, he broke the Michigan state high school record, set in 2003. With his 15th goal, he set the national record that dates all the way back to 1980. He added one more to make it 16 and the Benzie team beat Kingsley 17-0.

To be clear, the Michigan High School Athletic Association does have a mercy rule. Once a school is up 8-0 in the second half, the game is called. However, for the game to count, the entire first half must be played. So, by rule, the game was over at the end of the first half.

As one might expect, Kingsley didn’t take too kindly to this beat-down. The board of Education scheduled an emergency meeting to discuss the situation. Superintendent Keith Smith, drafted a letter to the Benzie board, calling it a “cheap shot.” “They set out to do it, and they did it,” Smith said Tuesday. “It has no place in high school athletics. Kingsley head coach Tim VanWingerden previously said that the 17-0 loss was “pretty demoralizing.” In response, the Benzie superintendent, Aimee Erfourth stated, “It’s brought to light a good learning opportunity. We are always striving for our students to be the best student-athletes on the field and in school. But we also want to have class and sportsmanship as well.”

Pro: Aren’t records made to be broken? The national record has stood for 40 years. The kid got hot against a weak team, the coach saw an opportunity and he set him up to score. They stayed in the confines of the rules. They had to play an entire half to make it legit, so they played and played hard. And, as the saying goes, if you don’t want the other team to score so often, stop them. Would a 10-0 loss be any less demoralizing? I doubt it.

Con: Hey, this isn’t the pros. This is high school. The goal of educational athletics is to provide a positive learning environment, not to humiliate kids in front of their parents and friends. We want kids to enjoy sports and come back. Life lessons are fine, but there is nothing of value to learn from a 17-0 defeat. It’s really just poor sportsmanship. If you have to play a half, put in your backups and work on the fundamentals. For crying out loud, show some class. Teach some restraint.

Joe’s Perspective: I really struggle with this one as I can see both sides. In high school cross country, the most lopsided win you can have is 15-45. That’s when your top 7 runners beat the other team’s first runner. It’s considered a beat-down. We had plenty of meets where our top 12 guys would beat their first runner. I never heard my coach say, “take it easy on them today,” or “run a slow first mile to make them feel better about themselves.” No, we ran hard and gave it our best effort and shook their hands afterward. In college, I was on the losing end of many drubbings by the dominant team. Finally, my daughter currently plays on the boys tennis team at her high school. At regionals, she faced this really good athlete. After his first serve, I knew how this match would end… and it did, 6-0, 6-0. My daughter barely scored a point. It was a thrashing. Not once did I think this kid should let up on her. In fact, if he let up, I would have thought less of him. This is sport. Try your best and give it your all. When it’s over, shake hands and say, “good game.”

So, it sounds like I am siding with the pro-argument above. Maybe, but if this doesn’t qualify as poor sportsmanship, what does? What qualifies as poor sportsmanship in any sport at the high school level? I just feel like I needed to see the match. Was every play set up for this kid? Did they high-five and celebrate after each goal? Did Kingsley’s kids basically give up or were they trying hard? I guess I needed to see it unfold to make a judgment on this.

One final comment. I have written about these type of lopsided matches over the years. It’s usually the parents and the school officials who get their feathers ruffled. Typically, the kids don’t care as much. Kids are resilient and optimistic. In fact, members of the Kingsley soccer team went to the board of education meeting. One kid spoke up. He was the goalie. He wasn’t particularly bothered about the  17 goals, saying “I highly respect Hubbell and their team. He’s a great player.” He was more concerned about how his classmates made fun of him the next day at school, even referring to it as bullying.

There’s More to the Story – Update on 10/20/21: So far, every athlete who has responded to the question below has given the opinion that this incident is poor sportsmanship. This is fair. However, I wonder if the following information will change your mind. I received this info from a very credible source this morning by phone: 1) Benzie, the winning team finished the year 5-11. 2) A soccer team plays with 11 players on the field. Early in the season Benzie commonly took the field with 8 or 9 players. Kevin, the kid who scored 16 goals had to recruit his friends who had never played soccer before to join the team partway through the year just so they could field a full team. 3) During the game against Kingsley, Benzie only had 13 players on the roster – 11 starters and 2 subs. 4) Kevin sat on the sidelines for 10 minutes of the first half. 5) A trainer who was on the sidelines googled the state and national records when she saw what was happening. She realized that Kevin had already broke the state record and needed just one more goal to set the national record. It was only at this time that this information was relayed to the coach. Kevin had no idea about the record until after he broke it. 6) By all accounts, Kevin is a high character kid who wants to play soccer in college. This was the highlight of a season that did not go so well. 7) In a little bit of irony, the Kingsley football team beat an opposing team in football by a score of 60-7 a week after this soccer match.

Your Turn: So, what do you say, was this poor sportsmanship for the star player to score 16 points and set a national record against a struggling 0-15 team?