The Myth of the Need to Specialize in High School Sports Exposed!

The Myth of the Need to Specialize in High School Sports Exposed! 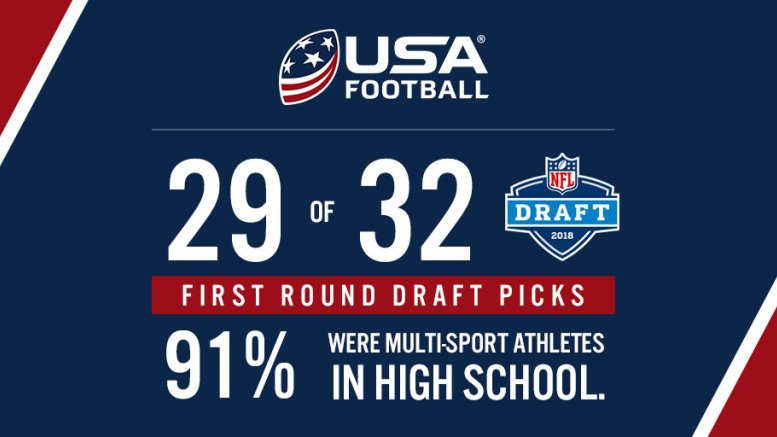 If you think this phenomenon is only true in football, think again. 19 of the 20 female soccer players on the U.S. National team in 2010 played multiple sports in high school.

Joe’s Perspective: This should, once-and-for-all, debunk the insane myth that a high school athlete has to specialize in one sport. This is crazy talk, loony-bin mentality. 98% of you high school athletes will not receive an athletic scholarship to play a sport in college. So, for almost all of you, athletics is merely a way to teach competitiveness, confidence, teamwork, perseverance, desire… Athletics is also supposed to be fun. My advice is simple. If a coach tells you that you have to specialize or asks you to give up other sports, run. Play as many sports as you desire. A team sport like soccer will teach you something very different than an individual sport like wrestling. Finally, if your dream is to play in the NFL, play another sport besides football!

Your Turn: In light of this information, what will you tell a coach who asks you to specialize?