A Powerful Message for Parents in the Stands

A Powerful Message for Parents in the Stands 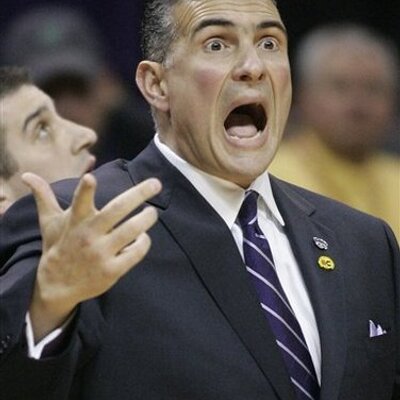 I never coached my eldest daughter. Instead, I sat in the stands and made little comments like, “Watch the pick,” “hustle back on D,” “Don’t leave your man.”  Things like that. I then watched the following video by Frank Martin, the animated basketball coach of the University of South Carolina. I realized that, according to him, I crossed the line as a parent. Hey, I just wanted the best for my child, but I didn’t know the defensive scheme or the role my daughter had on the team. I was guilty of coaching from the stands.

After watching this video, I took Coach Martin’s message to heart. I signed up to be a coach for my second daughter. Truth be told, I am not very good, but it has been a lot of fun. I teach several aspects of the game that other coaches commonly overlook. I focus on fundamentals and teamwork. My number one rule on the team is “No ball hogs allowed – if a player scores three consecutive baskets, she will immediately be pulled from the game.” I even put shooting restriction on my best players or set goals for the amount of assists during a game. I am also able to focus on the character and leadership elements that I think are so important for life development. By the end of the year, we are a “team,” not a bunch of individuals playing on a team.

Now when I sit in the stands at my eldest daughter’s games, I am careful to say nothing more than, “Good job,” or “Great pass.”  Otherwise, I am moot. I don’t criticize the officials or try to second-guess the coach. When my child has a problem or a concern with her coach, I ask her to speak to the coach (even if she won’t do it).

Joe’s Perspective: I think more parents should watch this video. I agree with Coach Martin. Parents do coach from the sidelines, they do send conflicting messages and they do place undue pressure on their kids. Some parents even have the nerve to criticize volunteer referees for 5th grade games. So, I say, either sit there and support your child from the stands or get off your butt and become a coach.

Your Turn: If you could give some advice to your parents sitting in the stands, what would it be? Why?