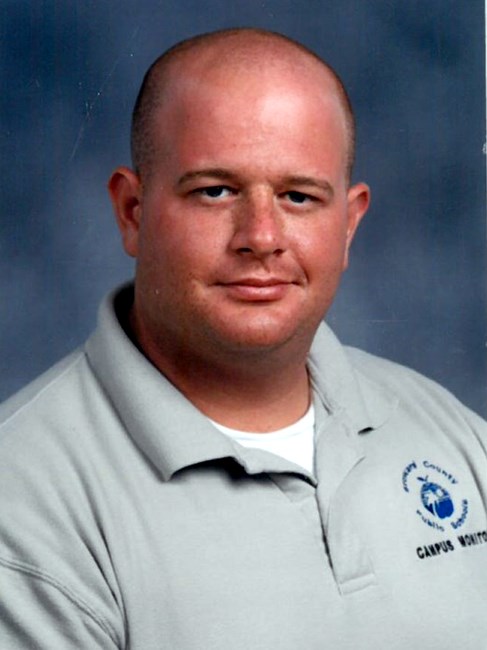 “That’s who he was – running toward danger, while others were correctly running away from it. Feis had no gun, no rifle, yet he ran toward the gunfire helping students”

At 2:19 p.m. on February 14, 2018, an Uber driver dropped Nikolas Cruz off at Marjory Stoneman Douglas High School in Parkland, Florida. Cruz, a former student, was armed with an AR-15 semi-automatic rifle and multiple magazines in his backpack. He walked with purpose toward Building 12, which housed some 900 students and 30 teachers. Cruz pulled a fire alarm and waited for the students to come running out of the building. For six minutes, the gunman repeatedly fired his rifle, reloaded, and resumed his indiscriminate shooting. At 2:26, Cruz dropped his rifle and escaped the scene by blending in with other fleeing students. In just seven minutes, 34 people were shot. Seventeen of them died, including 14 students and three staff members.

One of those staff members was Aaron Feis. Almost everyone knew him as Coach Feis, the long-time assistant football coach. At 2:21 p.m., an administrator asked a question on the walkie-talkies, “Are those firecrackers?” Running toward those loud sounds was Coach Feis. “No, that is not firecrackers,” Feis responded. His voice was never heard again. According to multiple accounts, Coach Feis used his body as a human shield to protect students who were fleeing the chaotic scene. In so doing, Coach Feis took several shots to the body and was later pronounced dead at Parkland Hospital.

Fourteen students lost their lives that day: Fourteen innocent children who had no connection to the shooter. According to firsthand accounts that number would have been higher if it were not for the actions of Coach Feis. Feis did not hesitate when he approached the killing zone. The husband and father draped himself over students in order to create a protective barrier from the incoming bullets.

Julie Decoste is a student who survived the ordeal by hiding in a storage closet to escape the shooter’s view. After the incident ended, she was led out by police officers and she reported her experience to the press. She cried as she spoke. “As I was escorted out of the building, I had to step over him. Right then and there, I knew —  I knew he had to have been dead or badly injured.” She tearfully but firmly summed it up, “He shielded two kids from being shot. He took the bullets himself.”

The police entered the building four minutes after the shooter slipped out of the school. Coach Feis was one of the first victims rushed to the hospital. He was raced into surgery, but the doctors could not save him. His wife, Melissa, was notified of his death sometime before midnight. In turn, Melissa had to somehow tell their young daughter, Arielle, that her father was never coming home again.

One of the first individuals to comment on Feis’ passing was Sheriff Scott Israel. “I coached with him. My two boys played for him. I don’t know when Aaron’s funeral is, I don’t know how many adults will go, but you’ll get 2,000 kids there. The kids in the community loved him. They adored him. He was one of the greatest people I knew. He was a phenomenal man.”

Others soon chimed in on the man who played football at Stoneman Douglas High School from 1995-98 and coached there from 2002 to the day he died in 2018.  Mike Virden, a former coach at Stoneman Douglas, said “People called him ‘the Mayor of Parkland’ because if you needed anything or anyone, he was the guy to go to.” His sister, Johanna Mahaffey, said, “He is a protector – a coach and an educator who will do anything to protect kids.”

Another Broward County Schools employee, Denise Lehthio, commented “He died the same way he lived – he put himself second. He died a hero.” Colton Haab, a 17-year-old student, stated the following after hearing how Coach Feis died: “That’s Coach Feis. He’s selfless. He made sure everyone else’s needs were met before his own.”

Four days later, six offensive lineman carried a casket into Coral Springs’ Church by the Glades. Coach Feis’ widow and their young daughter sat in the front row with other family members. Behind them were 74 high school football players dressed in their game jerseys. There was not an empty seat in the church and there was not a dry eye to be found. Family, friends, and community members came to mourn the loss of Aaron Feis, the man who meant so much to so many.

Although this narrative focuses on Coach Feis, two other coaches also lost their lives that day. One was Scott Beigel, a geography teacher and cross-country coach. He died while trying to unlock a classroom in which students could hide. In addition, Chris Hixon, the athletic director and wrestling coach, was gunned down while trying to help students flee the scene. Both of these educators were selfless heroes who made the ultimate sacrifice to save the lives of innocent students. In 2018, ESPN decided to posthumously honor this trio of coaches at the ESPY Awards with the Coach of the Year Award.

Please understand, no one is turning this tragedy into a positive story. The hard truth is that a deranged man maliciously murdered seventeen individuals because he chose to unleash mindless rage in an insane way. The subsequent loss of life devastated an entire community and shocked a nation. And yet, even in this inhumane act of violence, we find examples of selfless individuals who displayed qualities of a hero.

Aaron Feis is one such example. As one student announced to the world, “It’s amazing the impact that man had. He’s the least-paid employee at Douglas High School. He was given so little and gave so much. Way before the 14th, Aaron Feis has been a hero to many people for a long time. And the beauty of the 14th is the whole world gets to know that now.”

Aaron Feis is one of the 144 “Wednesday Role Models” featured in the Student Athlete Program. This program is designed to improve the character, leadership and sportsmanship of high school athletes. To learn more about this program and how you can implement it in your school: