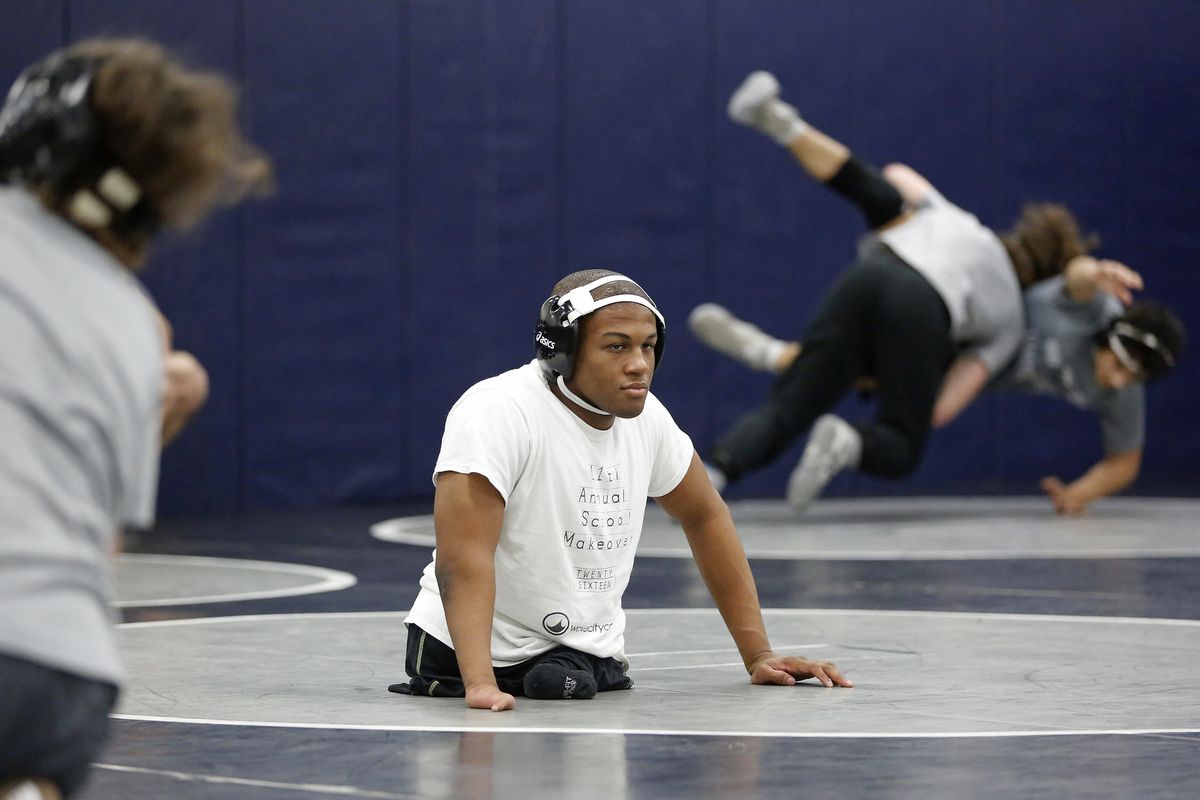 Adonis was born without a right leg and has only a partial left leg that ends at the thigh. His right hand only has one finger. In other words, in the way we typically view things, Adonis only has one fully functioning appendage. He mostly gets around by wheelchair, but he is fully capable of using his arms to shuffle him wherever he wants to go. If you speak with him, you would never guess that he has a disability. He seems to always have a smile on his face and he is full of confidence. Everything about this kid is inspirational.

When he was 7 years old, he began wrestling, and it wasn’t easy. As Adonis said, “At one point, I was on a losing streak for about a year.” However, he never gave up. He kept working. As a freshman at Landstown High School in Virginia Beach, he made it to the regionals and didn’t do well. As a sophomore, he failed to qualify for regionals. As a junior, no one wrestled due to Covid. So, his senior year was his last chance to fulfill his goal of being a state champion. However, at the beginning of the season and just before the state tournament, Adonis was not ranked in the top 10. He did, however, manage to finish second in the regional and qualify for the state tournament with a 28-7 record.

Adonis entered the Virginia 6A State Championships as an unranked wrestler in the 106 pound division. In his first match, he upset his first round opponent, 7-0, and then crushed his second opponent 12-1. In the semifinals he won a close 4-3 match to put himself in the state championship match. In the finals, Adonis faced another top-ranked wrestler, and beat him 5-1. Adonis Lattimore was a state champion. The crowd noise was deafening when the final horn sounded. His head coach could not contain his emotions. The coach picked up his athlete off the ground and bear-hugged him. “Amazing,” said head coach, James Sanderlin. “He did all the work. I just get to be a part of the journey. It’s an amazing feeling to watch him do it and have the support of the crowd. It was awesome. He’s a hard-working young man. I’m just speechless.”

After the match, Adonis said, “I’ve been dreaming of this since I knew what it was, and to finally have it happen is just – I don’t know how to explain it.” His father put this accomplishment into its proper perspective when he said, “What people see in him allows others to realize that anything is possible, anything can be accomplished and there isn’t anything you can’t do.”

For what it’s worth, Adonis has a new goal. He wants to wrestle in college and become an All-American. Anyone want to bet against him?

Your Turn: Tell us what you think about Adonis and his accomplishments