Defying the Odds to Become that 1 in 100 Success Story

Defying the Odds to Become that 1 in 100 Success Story 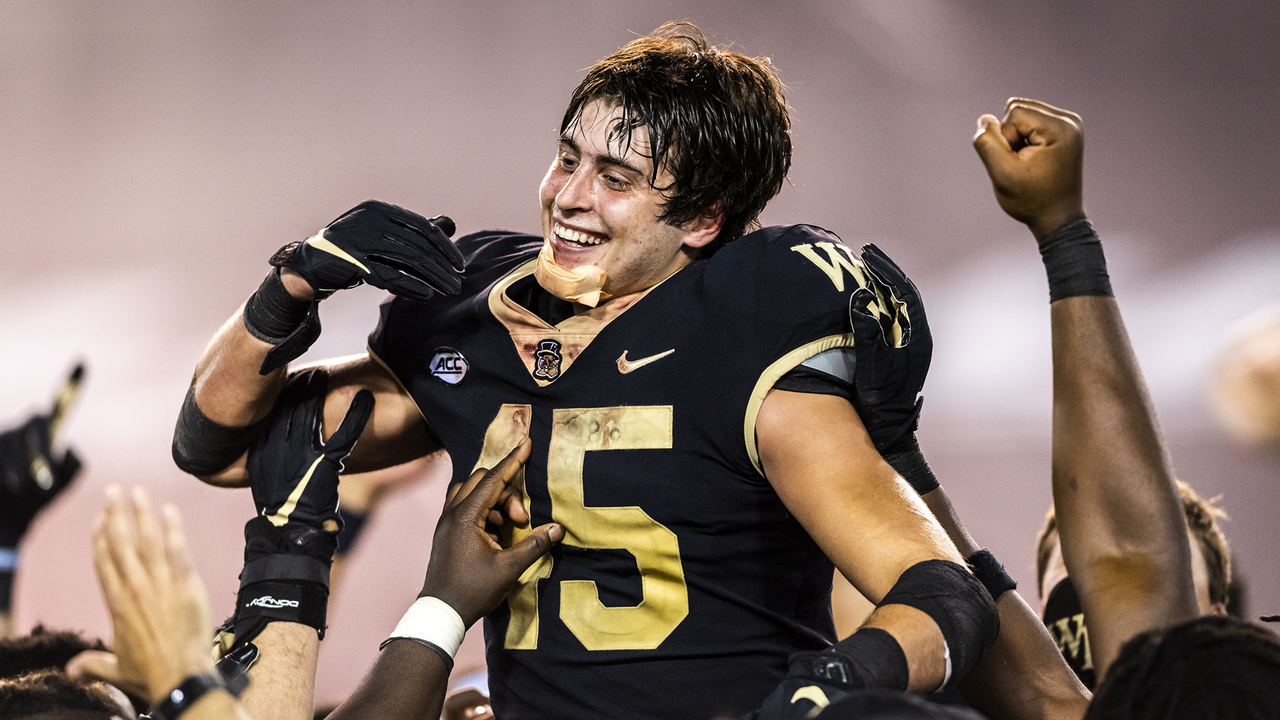 Nick Andersen is a quiet unassuming 18-year-old freshman at Wake Forest University. If you saw him walking the campus, you would probably guess he was on the chess club or played the saxophone in the band. He’s not real big. He was offered three scholarships to play football at smaller schools, but he just wasn’t enthused. Andersen wanted to play ACC football. The problem, of course, was that no ACC team offered him a scholarship. Wake Forest was impressed, but not enough to offer him a scholarship. So, they offered him “preferred walk-on” status. This means he gets to practice and play with the team, but he doesn’t get any financial assistance to play football.

Most walk-ons don’t see playing time and they certainly don’t see playing time as a freshman. However, on Saturday against ranked Virginia Tech, Andersen made his second start as a defensive back. And he made the most of it.  He made three interceptions and had 11 tackles. Those are the kind of stats that look outstanding for a defensive player at the end of the season, but Andersen had these stats in the second game of his career.

After the game, his teammates hoisted him on their shoulders and began chanting, “Scholarship…scholarship.” And, during the post-game press conference, Coach Dave Clawson acknowledged that a scholarship will be coming his way in a couple of months.
This made his teammates happy.  “Nick, that’s my homeboy. He’s a hell of a player. Walk-on but we treat him like a starter, we treat him like a scholarship player. If anybody on the team deserves a scholarship on the roster, it’s Nick,” redshirt senior Boogie Basham said. “He is an absolute dog. For him to be a walk-on on a Division-I level and do what he did these last couple of games, especially today, that just shows you that if you put in the time and dedication into anything, you can make anything happen,” said senior Sulaiman Kamara.
Joe’s Perspective: I love these stories. I love hearing about the little guy who believes in himself and sets out to prove himself. Nothing was promised or given to him, he just went out and earned it. Please keep in mind, for every 1 Nick Andersen out there, there are 50-100 stories of walk-ons who never receive playing time. No doubt, this is a long-shot story. However, for me, I say, who cares. Sometimes you just have to have the courage to go after something that matters to you. Sometimes you just have to believe in yourself so much that you are willing to defy all the odds. That’s how people succeed. No one ever became a star player or CEO or scientist or successful entrepreneur without going after it. To you, I say go after it.

Your Turn: Do you have the courage necessary to go after your your big goals? Explain.