Atheists Not Allowed To Volunteer at Soup Kitchen

Atheists Not Allowed To Volunteer at Soup Kitchen 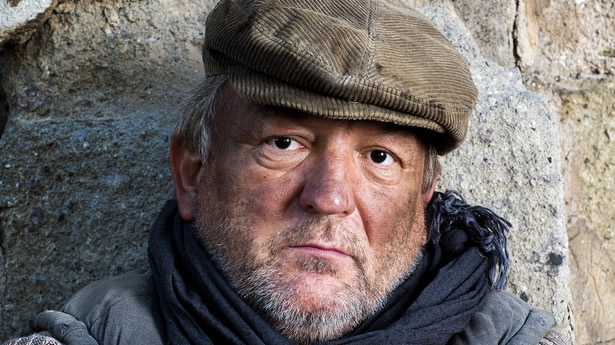 Each year around Thanksgiving I get to thinking that my family and I should volunteer to serve food to the homeless at a local shelter or soup kitchen in town. This would be a good deed that would help others and it would remind us how fortunate we are to have a nice home, family and food on the table. Every year, however, I don’t do it, probably because I selfishly would rather spend Thanksgiving with family in a warm house with lots of turkey.With this in mind, I was flabbergasted by a recent story that surfaced out of Spartanburg, South Carolina. At a local soup kitchen, volunteers were turned away from helping the poor and the homeless.  The reason, you ask?  The volunteers were atheists (do not believe in God). In an interview with the local paper, Lou Landrum, executive soup kitchen director, said that she would resign before allowing atheists to volunteer in her kitchen. She was quoted as saying, “Why are they targeting us?” Yes, why are you trying to help at a soup kitchen, atheists? Go make whatever soup they serve in Hell and leave the hungry alone!”
https://www.youtube.com/watch?v=n2a9fFAZ8pU
This reaction seemed a bit extreme so I dug into the story further. Were the atheists pushing an agenda? Handing out anti-God leaflets? Nope. Eve Brannon, president of Upstate Atheists, was quoted as saying they had no hidden agendas and no one would wear any anti-God clothing or give out any leaflets. “They just wanted to help,” she said.And help they did. After being rejected by the soup kitchen, they set up shop right across the street. After raising $2,000, they gave away care packages with essential necessities in them. A win-win – the homeless ate a decent meal and then picked up a bag full of goodies across the street.

Author’s Perspective: I would like to do a pro and con on this story, but I just can’t see the other side.

Point #1: If people want to volunteer, it shouldn’t matter their ethnicity, political beliefs, gender or religious/non-religious affiliation. I think you should ask the homeless and the hungry if these things matter to them.  If it does, I will change my opinion. Until then, volunteer organizations shouldn’t turn away well-intentioned people based on such categories.

Point #2: It seems that the behavior of the decision makers at the Christian-based soup kitchen doesn’t seem very Christ-like. I find it difficult to believe that the man who preached love, understanding and forgiveness would approve of the actions and words of Lou Landrum, director of the soup kitchen.

Point #3: Going back to how I began this blog entry, I don’t think that you or I should have to pass a litmus test in order to volunteer or give back to my community. It just seems un-American and mean.

Your Turn (1) respond via this blog, (2) comment on Facebook page (character development & leadership) or (3) tweet to @CDandLeadership using #CDandL):
1) Social Media Question: Do you think the soup kitchen has the legal and moral right to refuse volunteers based on religious affiliation or any other category?  Why or why not.
2) Happy Thanksgiving to you. I hope you spend your day with family, friends and good food. What are your plans?