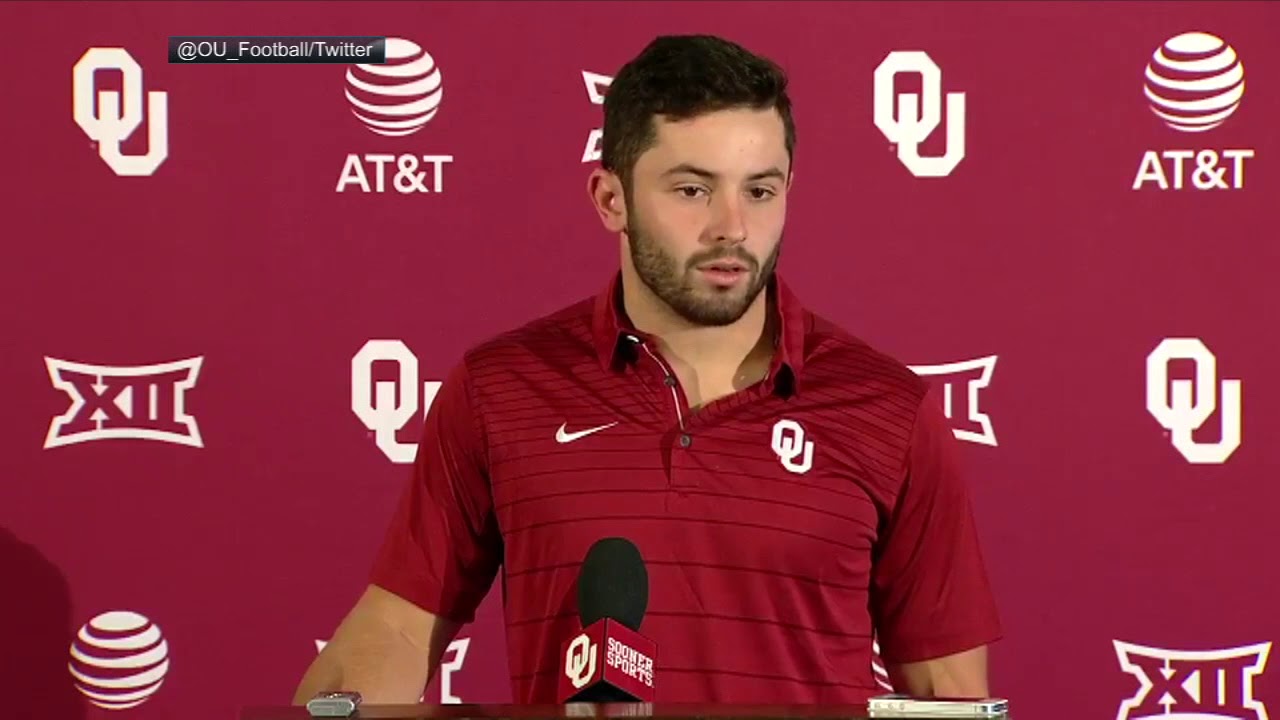 On Saturday, Oklahoma played Kansas in college football. The quarterback of the Oklahoma Sooners is Baker Mayfield, the clear favorite for this year’s Heisman Trophy (the most valuable college football player). Before the game, captains from the Kansas football team decided that they would not partake in the customary shaking of hands with the captains of the Oklahoma team. This set the tone for the day. Mayfield also received a couple of late hits during the game, for which Kansas was penalized.

Baker Mayfield and Oklahoma played very well and won the game handily, 41-3. However, Mayfield decided that winning wasn’t enough. He grabbed his crotch and directed some lewd language to the Oklahoma players and fans.

Mayfield apologized immediately following the game. He said the right things, saying that he did not act as a role model and that he didn’t let his actions do the talking. However, his coach imposed the following penalty – for the final regular season game of the year 1) he would not be a captain and 2) he would not be allowed to start.

Joe’s Perspective – Composure: Mayfield teaches us another great lesson in composure. Yes, the Kansas players showed poor sportsmanship. Refusing to shake hands shows a lack of class. They were clearly wanting to get under Mayfield’s skin… and it worked. The lesson is simple. If Mayfield hadn’t responded, the story line would have been about the sportsmanship of Kansas. Mayfield would have looked like the bigger man, the better man. Instead his reputation is tarnished further (not his first apology this season). Let this story serve as a lesson on how not to respond.

Joe’s Perspective – Jeopardized Future: I wonder how many Heisman voters will decide not to vote for Mayfield. Do they want to reward this behavior with the most prestigious award in college football? Will NFL owners shy away from drafting a player with “character” issues? Maybe, maybe not.