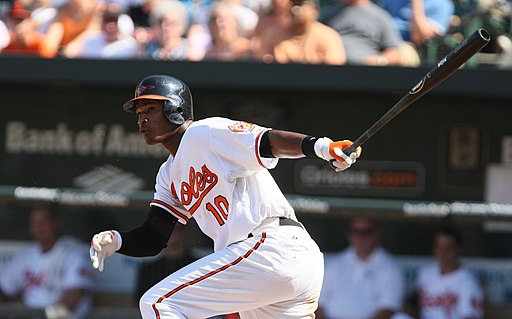 Baltimore Oriole outfielder, Adam Jones, was called the N word during a game at Fenway Park in Boston. The same fans threw a bag of peanuts at him. The fans were immediately kicked out of the game, but Jones wanted more action taken. After an investigation by the Red Sox, the identified fans were banned for life from Fenway Park.  The next night, the Red Sox faithful gave Adam Jones a long standing ovation, signifying that most of the fans would rather cheer for the opposing team than support one of their own racist fans.

Joe’s Perspective: There will always be idiots. There will probably always be racists. It takes a “special” kind of person to not only be racist, but to voice those racist beliefs in a crowded stadium at the top of his/her lungs. Many black athletes have been interviewed in the last couple of days and many have documented similar treatment in many cities. This is not a Boston problem, it is a societal problem.

I think it’s a positive move to ban the fans for life and I think it’s classy for the fans to give Adam Jones a standing ovation. However, if Jones had not spoke up during the game, nothing would have been done to these racist fans. How is that possible in today’s society? How can hundreds of fans allow this treatment to occur? Why didn’t 20 people call these fans out? Why wasn’t security called? It shouldn’t be up to Adam Jones to stop this type of behavior. It should have been the fans and until we get to that point, this behavior will probably never cease.