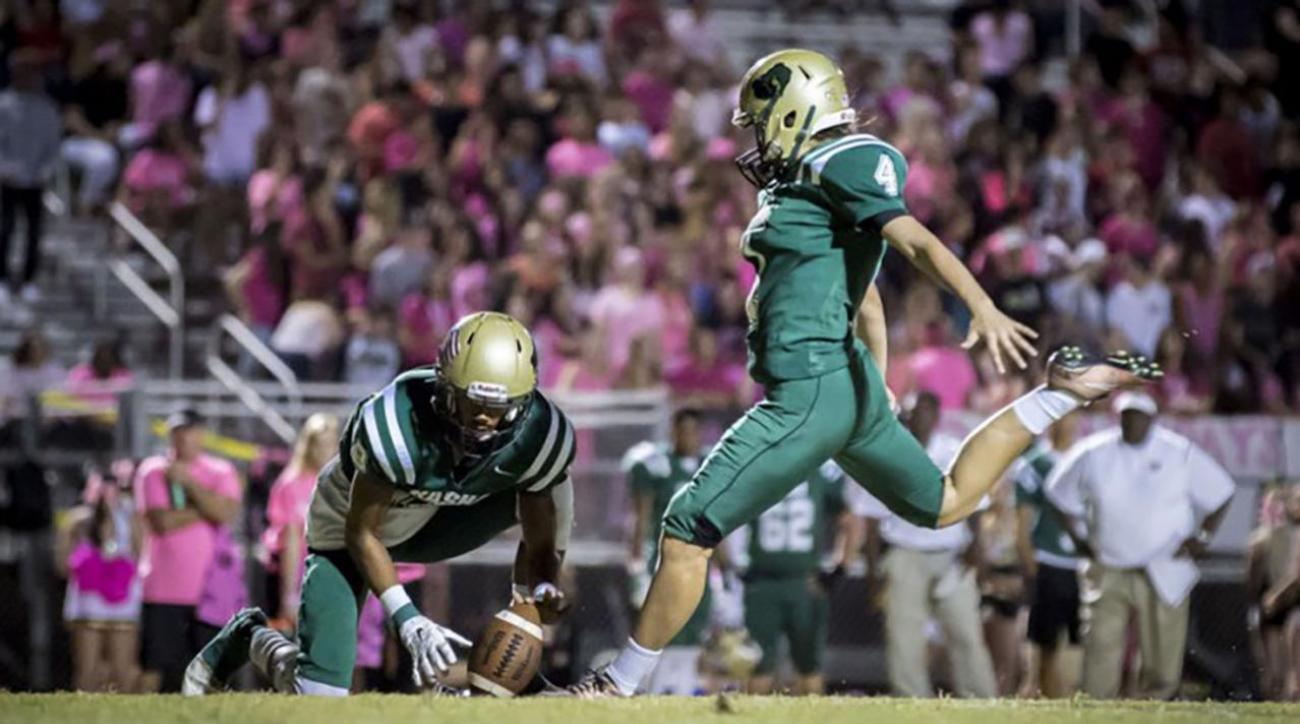 Growing up in Arizona, Becca was always a great athlete. She excelled at soccer, softball, basketball and water-skiing. When high school rolled around, Becca took an interest in football. She tried out for her high school team as a kicker.  As a sophomore, she made the junior varsity team. She made 30 of 34 field extra points and all four field goals she attempted. As a senior, she made the varsity team and made 35 of 38 extra points and connected on her one and only field goal attempt.

During her senior year, she made a highlight reel of her kicks and sent them to colleges for consideration. Adams State, a Division II college, liked what they saw. They flew her to Colorado for a tryout. Becca nailed it and she was offered a scholarship, becoming the first female to receive a collegiate scholarship to play football.

Joe’s Perspective: Becca’s message today is simple. Don’t let others tell you what you can and can’t do. Becca had a lot of naysayers along the way. It was so bad at her high school that she decided to transfer to another school and sit out her junior year. “I don’t know how many people told me I couldn’t play football and I should stop and give up. I look at where they’re at now and where I’m at. Had I listened to them, I wouldn’t be where I am today.”

Truth be told, in 2017, she did not earn a starting spot. During her sophomore season she was injured. Becca has two more seasons of eligibility. Will she earn a spot? Will she get into a game and contribute? Not sure, but I, for one, will be rooting for her.

Your Turn: What are your thoughts on a girl/woman playing football?