Bringing faith, hope and love to those needing a brighter day in their darkest hour of need #Character

Bringing faith, hope and love to those needing a brighter day in their darkest hour of need #Character 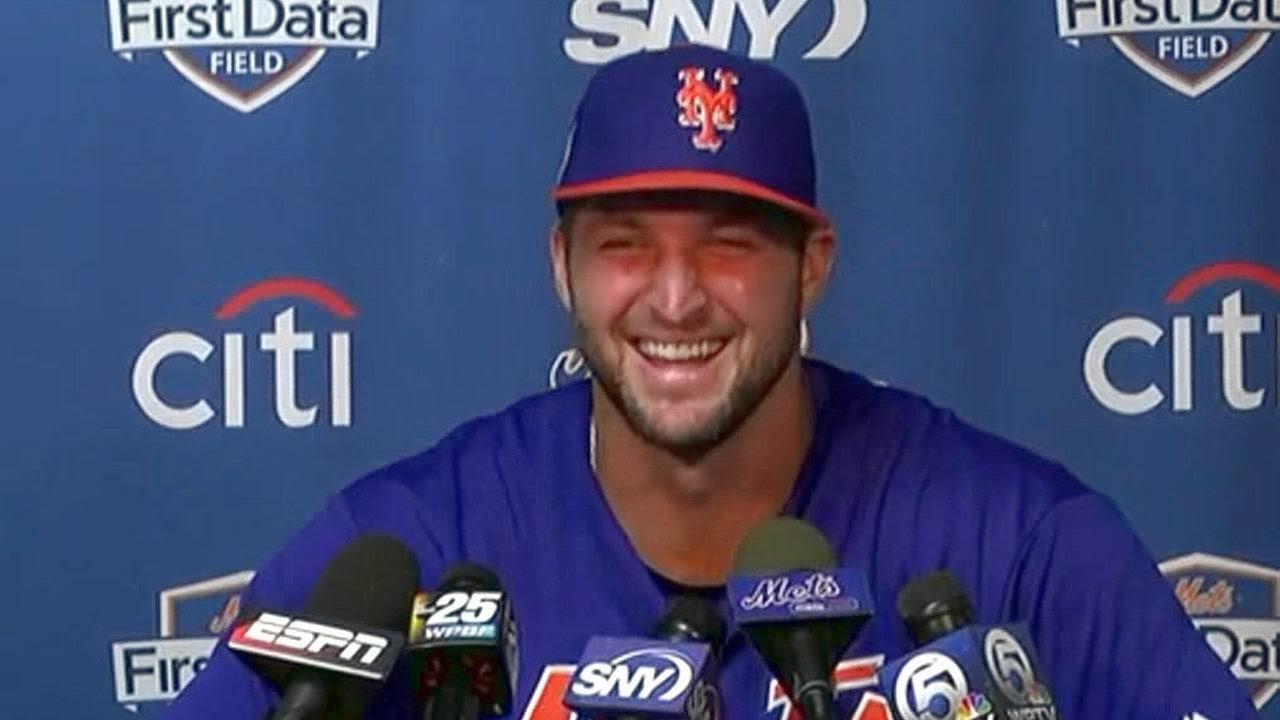 Tim Tebow is a Heisman Trophy quarterback who led the University of Florida to two national championships. He played a few seasons in the NFL, but his career did not go quite as planned. He was cut in 2012 and several comebacks did not work out. In 2016 Tebow announced his desire to become a professional baseball player despite not playing the sport since junior year in high school. He has had moderate success and has been promoted several times, now playing double AA ball for the New York Mets organization.

In the 2018 Spring Break training camp, a reporter asked Tebow if he thinks about the pressure to make his mark in baseball.  His response is something I have seldom heard from a professional athlete. Please watch.

Tebow’s Response: “At the end of the day, I know that’s not why I am here. It’s not my biggest purpose. It’s not my biggest calling. It’s now how I want to be known in my life. It’s not as a football player or a baseball player… I want my life to be so much more than that. I want to be known as someone who brought faith, hope and love to those needing a brighter day in their darkest hour of need. That is something that is a life calling for me and it’s so much bigger than sports.”

Joe’s Perspective: Tim Tebow is a Christian and his beliefs guide his life. He is not driven by fame or success. It’s never about him. His life calling is to help others. He has started several foundations. Not only does he raise money, but he devotes his time. He flies to third-world countries to offer his help. Whether you are a religious person or not, we should look to him as a positive role model. In my opinion, Tim Tebow should be applauded from the highest mountain with a megaphone.

Your Turn: Everyone is always asking young people what they want to do when they grow up. My question is, do you have a greater life purpose or calling? If so, what is it? If not, why not?