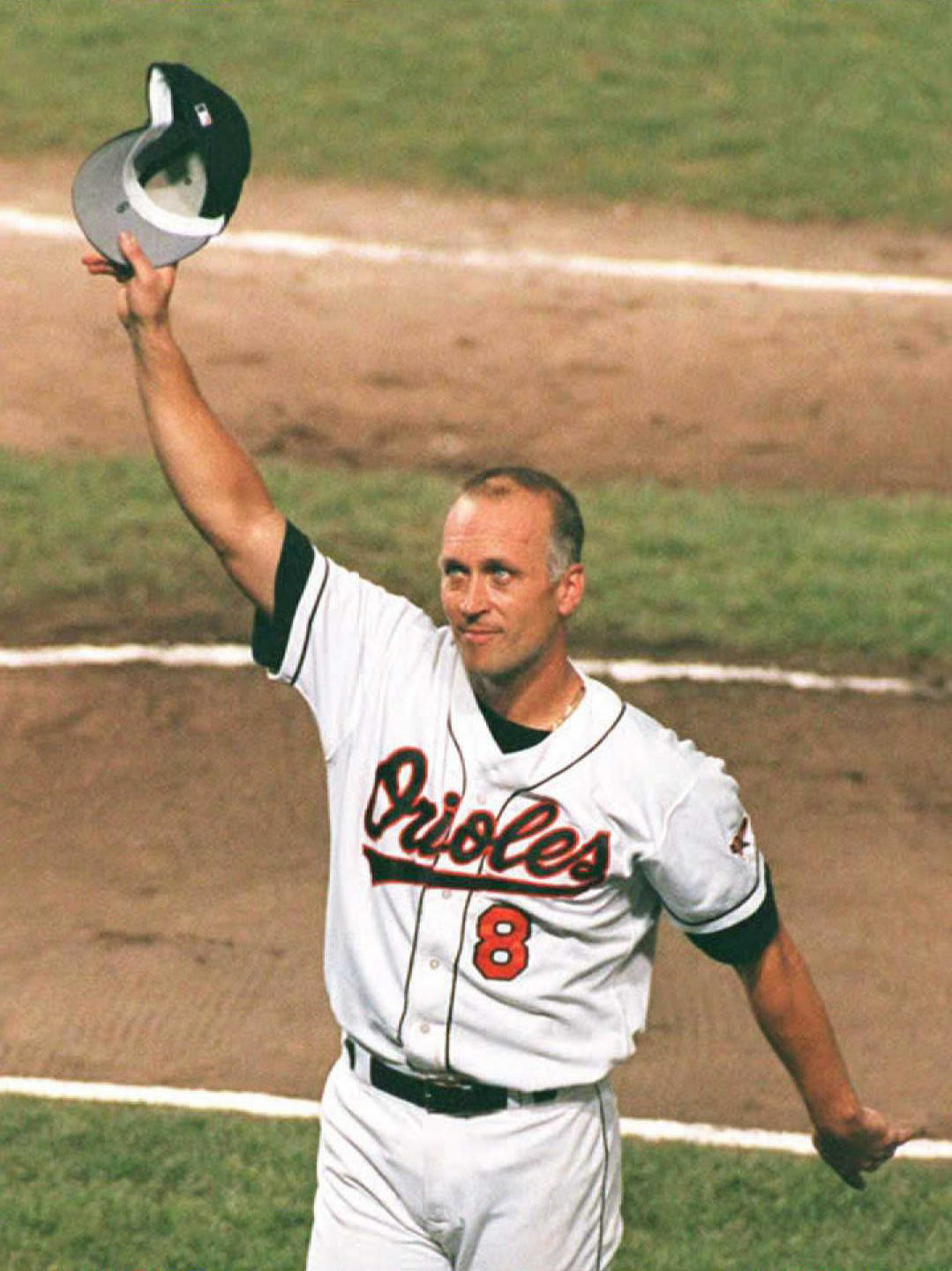 “All I ever wanted to do was play well and play every day.”

In 1994 major league baseball players went on strike. For the first time in history, the World Series was cancelled. For many baseball fans, this action was unforgivable. They viewed the baseball players, many of whom make millions of dollars a year, as greedy and uncaring. Many fans vowed to stay away permanently from baseball. They refused to go to the ballpark or watch games on television. As a result, the average game attendance for baseball dropped 20 percent in the following year. However, even the most jaded fans could not turn their backs on the events that would unfold on September 6, 1995. Arguably the most prestigious record in baseball was about to be broken. Lou Gehrig, the original “iron man,” played 2,130 games in a row for the New York Yankees from 1923-1939. To break Gehrig’s record of consecutive games played, a player would have to play thirteen years without taking a day off. That would be like a student never missing a day of school from kindergarten through high school graduation. When people spoke of records that would never be broken, Gehrig’s consecutive game streak was at the top of the list. Yet, Cal Ripken Jr. showed them that records are made to be broken.

The irony is that Ripken never set out to break any records. As he put it, “All I ever wanted to do was play well and play every day.” In an era when overpaid athletes take themselves out of the lineup for a sore elbow, Ripken felt accountable to the game of baseball and to his teammates to play every day. He once commented, “When my team is out there on the field, I want to be with them.” Most of his fans were hard-working people who could relate to his strong work ethic. Ripken did his job to the best of his ability and gave his full effort day in and day out. He was the consummate professional, never complaining after a loss nor calling attention to himself after a win. Cal Ripken Jr. was a loyal and dependable player who represented everything that is good about baseball.

Breaking Gehrig’s playing record was unlike breaking just about any other record in baseball. For instance, before Barry Bonds broke the single season home-run record, no one knew when, let alone if, he would indeed break the record. However, barring an unexpected injury, baseball fans knew that Ripken would break Gehrig’s record on September 6, 1995, at Oriole Park at Camden Yards. President Bill Clinton was in attendance that day, along with 750 members of the press and a stadium packed with thousands of jubilant fans. In the bottom of the fourth inning, Ripken crushed a ball for a home run. Of that hit, Ripken said, “I nailed that pitch, and I knew right away it was gone. What a thrill that was!”

When the final out of the fifth inning was made and the game was declared official, the fans went wild. For ten minutes, they were on their feet cheering and applauding their hometown hero. Ripken would periodically come out of the dugout to tip his hat to the crowd—the traditional way to say thank you and show respect in baseball. But this night was different. The fans wanted more. Finally a couple of teammates pushed Ripken onto the field, where he spontaneously took a lap around the bases. Along the way, he high-fived just about every fan in the front row. The celebration turned into a 22-minute standing ovation filled with wide smiles and heartfelt tears. It was clear that baseball felt the same way about Cal Ripken Jr. as he felt about baseball.

In a speech after the game, Ripken thanked his family and paid homage to the late Lou Gehrig, who was struck down with a degenerative disease (ALS) in his prime. Ripken concluded his speech with these words, “Whether your name is Gehrig or Ripken, DiMaggio or Robinson, or that of some youngster who picks up his bat or puts on his glove, you are challenged by the game of baseball to do your very best, day in and day out, and that’s all I’ve ever tried to do.”

To honor his marathon achievement, Sports Illustrated named Cal Ripken Jr. the Athlete of the Year for 1995. He was also awarded the ESPY for Male Athlete of the Year in 1996. Everyone, it seemed, had something complimentary to say about Cal Ripken Jr., but Tom Hicks, owner of the Texas Rangers, might have expressed it best when he said, “He’s one of the greatest ambassadors of the game we have ever seen. He’s a great role model. He’s a role model for baseball but also for the entire population.”

Cal Ripken Jr. went on to play in 2,632 consecutive games in his career—a streak that covered 16 years. On the last day of the 1998 season, Ripken elected to take himself out of the lineup. There was no big announcement or fanfare leading up to the game. Typical of Ripken, he just quietly asked the manager not to play him that night against the New York Yankees. When the Yankees realized the significance of the moment, they collectively stepped out of the dugout and tipped their hats to Ripken.  It was their way of paying their respects. In return, Ripken tipped his hat toward them. Although he would play three more seasons, the streak was over. It was the end of an era.

Cal Ripken Jr. is one of the few players in recent memory to play his entire career with one team. Like other talented players, he had several opportunities to make more money by playing for a different team. But when it came down to it, Ripken valued loyalty over money. He never got caught up in the ego-driven arguments about what he was worth as a ball player. He just played hard and let his numbers speak for themselves. His humility was refreshing to witness in a celebrity with his status, and it earned him respect from thousands of fans.

Over the course of his career, Ripken had many highs and lows. Some of his accolades include a World Series victory; being named a two-time MVP of the American League and two-time MVP in an All-Star game; and having nineteen consecutive All-Star appearances. He was also only the seventh player in history to hit 3,000 hits and 400 home runs, and he was voted the starting shortstop for the All-Century team. Ripken also endured many lows over the course of his career. He was a part of ten teams with losing records, including the 1988 team that lost 107 games. He had more strikeouts than any other Oriole in club history, and he endured many slumps at the plate.

People remember Cal Ripken Jr., the baseball player, for his dedication, loyalty, determination and humility. However, we should remember him for something more. Ripken displayed a level of accountability that is rare in the world today. He felt accountable to the game of baseball and to his teammates to give his best effort each and every day; he felt accountable to his fans and to society to give something back; and he felt accountable to his family to be a loyal and loving husband, father, son, and brother. He should be a living example of what is possible today. All it takes is a serious effort to put forth our very best—day in and day out. If we approach life with the same work and accountability as Cal Ripken Jr., it is amazing to see the difference each of us can make.

Ripken has been asked many times how he wants to be remembered. He says, “My answer is simple: To be remembered at all is pretty special. I might also add, that if I am remembered, I hope it’s because by living my dream I was able to make a difference.”

Cal Ripken Jr. is one of the 144 “Wednesday Role Models” featured in the Student Athlete Program. This program is designed to improve the character, leadership and sportsmanship of high school athletes. To learn more about this program and how you can implement it in your school: