A Swing and A Miss: Lessons Learned

A Swing and A Miss: Lessons Learned 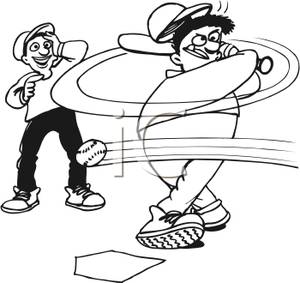 Have you ever done something with good intentions and discovered, that despite your good intentions, that there were unintended negative consequences. This is what happened with me and my latest blog.

I have been writing my blog for 5 years and I have written over 500 posts. As I say to educators everywhere – the intent of the blog is to write about a sports topic related to character and leadership. Sometimes the stories are inspirational, sometimes cautionary and sometimes controversial. It is intended to make the athletes think and reflect. It is intended to create discussion between athletes and coaches.

In my latest blog, “Can females do everything males can do athletically – yes and no,” I didn’t think this necessarily fit into the controversial realm because I was stating facts, established by science, data and proof. I also felt I did a solid job of laying out the context of why I was writing it and explained the limitations (only applied to athletics). The premise was that females deserved as much opportunity in sports as males. No one should tell a girl/woman that she can’t play a certain sport because it was considered a “man’s sport.” I also laid out a rationale about why, as a general rule, girls could not compete with boys athletically and how elite women could not compete with elite men on the world stage. It’s the very reason that we separate sports by gender, instead of merging sports (we do this in middle school, high school, college and professional sports).

I felt like I was pointing out a fact was a fact, but the girls, in no uncertain terms, told me that I was telling a different story. These female athletes questioned my intent and my message. And, I want to say that I hear you loud and clear:

I don’t understand why you would devote a blog post towards convincing young female athletes that they will never be as good as the boys, no matter how hard they try. In my opinion, that is a very discouraging message.

I’m not sure if you felt the need to support your gender but there’s absolutely no reason you had to make a blog to tell women that they can’t do things men can. This feels stupid and disrespectful to women.

When girls work hard at their sport they don’t want to read a blog post telling them they can never live up to male standards. This post perpetuated stereotypes that women are weak and that every man should feel superior based on genetics. Your statements have done nothing but discourage young female athletes who are trying their hardest to be seen as strong and powerful.

These comments and others like it were not flattering to me or my blog. While I am okay with controversy, and not every blog is supposed to be inspirational, I am not okay with making anyone feel discouraged or disrespected. I didn’t write the post to prop up males or to make females feel inferior. Anyone who knows me would understand this.

I was up until 3 a.m. last night trying to come up with a way to make things right. It seems the more I responded, the angrier the girls became. I spoke with several mentors today, and I ultimately decided to take down the post and simply apologize. I’m sorry that my words were so troubling. That was not my intent. I hope that you can forgive and that we can  move on.