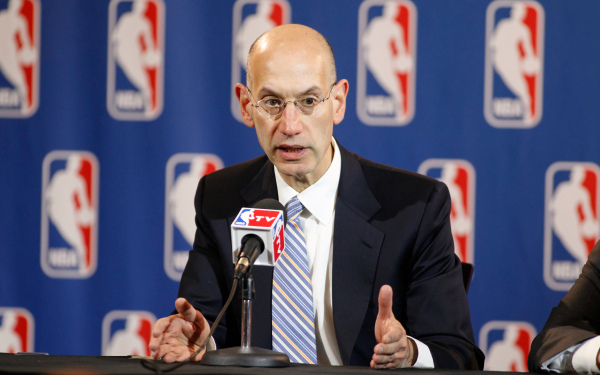 Well, everyone is talking about it today, so let’s join the fray.  Donald Sterling, owner of the Los Angeles Clippers, made several racist remarks to his girlfriend over the weekend. She recorded their conversation and shared it with TMZ. On Sunday, TMZ released this recording. In the following 48 hours, almost the entire world united to condemn Sterling’s comments and views.  This tidal wave culminated in a press conference today when NBA commissioner, Adam Silver, banned Sterling for life (see press conference below).

Author’s Perspective #1 – Strong Leadership: It’s refreshing to see a leader step up to the microphone and deliver a harsh sentence and send a strong message. The message is that there is no room for a racist in a league that is played predominantly by minorities.  This message tells people that  regardless of how rich and powerful you are, you are still held accountable for your words and actions. Commissioner Sterling didn’t worry about the limits of his power or the probable legal battle that is sure to follow. Instead, the ban showed the players that he was not going to tolerate a racist owner in the league. Good for him.

Author’s Perspective #2 – Boycott? To be honest, I didn’t anticipate Commissioner Silver to act so boldly. I anticipated a fine and a suspension – tough words, but little action. I was expecting the real protests to come from the players. I was wishing with all my heart that the LA Clippers would have put their hands over their hearts during the national anthem and then silently walked off the court tonight before the start of game 5. I wanted them to make the statement that they would not play for an owner who looks down on them. I wanted them to sacrifice their quest for the NBA championship for a principle that is much greater than winning and sport.

Author’s Perspective #3 – Extra-Marital Affairs? Did anyone notice that married man, Donald Sterling, was turned in by his girlfriend? Why hasn’t anyone commented on this? Does this matter to anyone at all? Doesn’t this speak volumes about his character too? It’s clearly not okay to be a racist, but we give him a pass on being a philanderer?

(1) What did you think of Donald Sterling’s racist remarks? Did you think Commissioner Sterling was justified in banning him for life from the NBA? What would you have done as commissioner?

(2) Do you think the players would have boycotted the game? If you were in that position, could you have put principle ahead of winning?