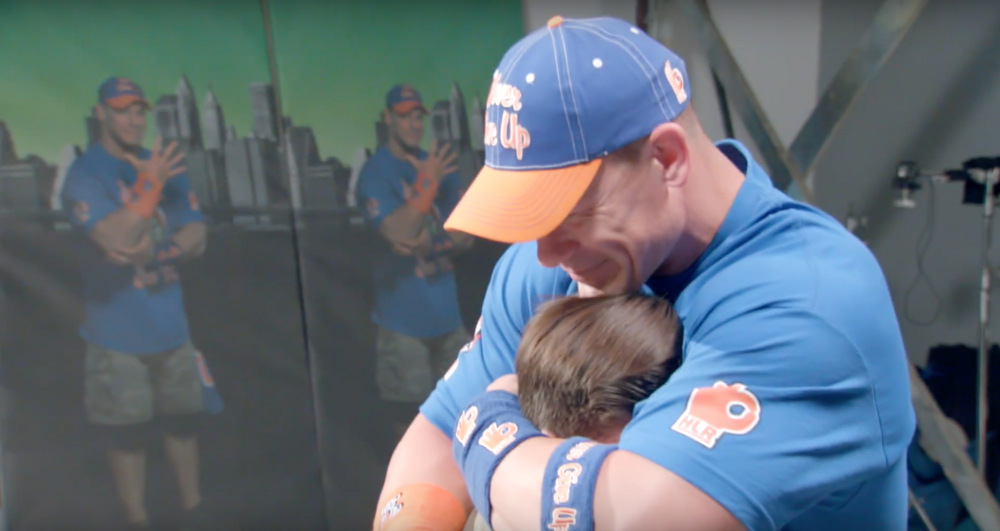 John Cena is a WWE professional wrestler. His main message is “Never Give Up.” He is an inspiration for many of his fans. Cricket Wireless rounded up a bunch of those fans who sent him letters. Cena was invited to a studio to read the letters. What he didn’t know was that everyone of those fans were waiting backstage to meet him and thank him in person.  This video captures this very emotional moment:

Joe’s Perspective: To be honest, I had never heard of John Cena, probably because I don’t watch professional wrestling. However, there is no denying that John Cena has a profound influence on the lives of many fans. His message of “Never Give Up” inspires many people who fight their own private battles. This video proves it. This guy is a true role model.

Yes, John Cena is a professional wrestler and he is a reality TV star. He can reach masses of people in ways that you can’t.  Still, we can all inspire others. We can all help people through difficult times. We can all be role models for others.  What can you do to inspire others and become a positive role model?