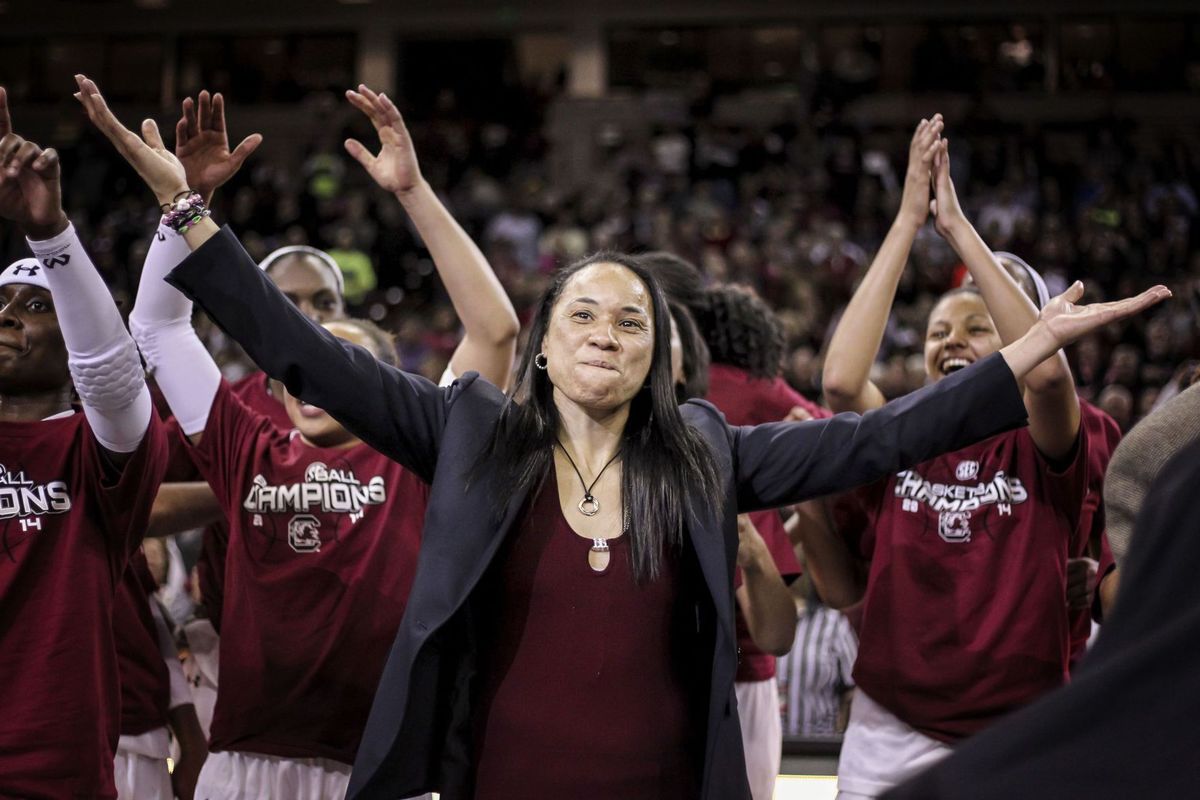 “When players trust that you care for them, even when you deliver news they don’t want to hear, they will listen.”

Dawn Staley has been the head women’s basketball coach at the University of South Carolina since 2008. She inherited a mediocre team that went 10 and 18. Each year she increased the win totals to 14, then 18, then 25, then 29, and then 34. In 2017 she led her team all the way to the National Championship. The team had no legitimate superstars. Instead it was a collection of solid players who came together as a team to win that championship. They believed in one another. They trusted one another. It was their high level of chemistry that put that team over the top and allowed them to win this championship. In 2022, Staley used the same formula to win a second national championship with a whole new set of players.

Staley was the person who combined all the ingredients into this well-balanced team. She’s the one who instilled the trust. She’s the one who developed the team chemistry. Staley knew that being worthy of trust is a key part of development, not just as an athlete, but as a person of character. “People need to know they can count on you, that they can tell you the truth and you can take hearing it, not just about what you are doing well, but what needs to change if you want to get better.”

A’ja Wilson was the leading scorer in that national championship game. She insists that Coach Staley is responsible for assembling the team and developing a family atmosphere. Like many on the championship team, Wilson was a hotly pursued prospect when she graduated as an All American from high school. Even though four heavy-hitting schools vied for her commitment, Coach Staley was the factor that sealed the deal. “Just talking to her, it makes you realize she is like you, she knows where you are coming from and she cares about more than just what you have to bring to the team.”

The trust Staley inspired from her team helps them move past what they believe they can achieve individually, said senior Bianca Cuevas. Cuevas had to trust Coach Staley’s decision to place her in a new position in their NCAA-winning season. Moving up to the point guard position made Bianca Cuevas nervous at first. But the antidote was her mutual trust with Staley. “She tests you, but she tells you what you need to get there, so trusting that, it made the transition work. She believes in me, so I had to believe in me too.”

Staley was a high school and college all-star in her own right. She became the first women’s Final Four most outstanding player to go on to win the NCAA Championship as a coach. More honors came Staley’s way in 2017 when it was announced that she’d be coaching the next USA Women’s Olympic Team. “It is nice to see her recognized for what she has done, for the team, for the state, for women’s basketball,” Wilson said. “She is the real thing — a role model not because she wants to be, but just who she is, she is genuine.”

The feeling of family is a quality echoed by each team member. Graduating senior Tiffany Davis was there through the entire transition, from struggling as a team to becoming National Champions. “She came in here to turn this program around, and I could see that she was going to do it,” Davis said. “I believed she could, and it was just something she made you want to be a part of because of who she is.”

Before Staley ever became an outstanding player and then a coach, she overcame major challenges in her life. Her story had a humble beginning in the low-income housing projects of North Philadelphia. It would have been very easy for Dawn to accept the limited opportunities available to so many in her situation. Fortunately, from a very young age Staley trusted in her capability to develop herself into a successful athlete and adult. In return, she had many supporters who trusted in her and consequently guided her toward that successful future.

In her youth Dawn was often the only girl who wanted to play in the aggressive neighborhood street games with her three older brothers and their peers. The boys did not hold back despite her small stature and female status during these pickup games. By doing so they set her up for developing the aggressive style that took her to the highest level of women’s professional basketball.

Male players stopped questioning her worth as a player when they saw how good she was. As Dawn later observed “You have to trust in yourself first and do the consistent work that must be done to hit that next level no matter what anyone says if you want to get better… People will doubt you, but you can’t listen to them – if you do, they will eventually be right. If you give up on yourself, everyone else will too.”

Staley was named the national high school player of the year after her senior year at Murrell Dobbins High School. Staley accepted a basketball scholarship from the University of Virginia (1989-92), where her teams compiled a 110-win, 21-loss record. She appeared in four NCAA Tournaments, including three Final Fours (1990, 1991, 1992). In 1991 and 1992 Staley was selected as the Atlantic Coast Conference Player of the Year and the National Player of the Year. Her contributions on her college team were so respected that the University of Virginia retired her number 24, which now hangs in the rafters.

After graduation, she went on to play professional basketball on teams in France, Italy, Brazil and Spain before joining teams back in the United States in the growing sport of professional women’s basketball. In 2001, she led the Charlotte Sting to the WNBA Finals. She was traded to the Houston Comets in 2005 before ending her pro career to pursue Olympic and coaching goals. In 2011, she was voted by fans as one of the top 15 players in the 15-year history of the WNBA. “When you put your mind to something, you are certainly going to be successful,” Staley said. “I had a goal.”

Staley played for Team USA throughout her career. She led the 1996 team to a record of 60-0 and the gold medal at the Olympic Games in Atlanta. She then successfully defended the gold medal in 2000 & 2004. Her final Olympic performance led to Staley being named USA Basketball Female Athlete of the Year in 2004.

Whether it was as the point guard of her team or as the head coach, Staley has always been a leader. The core belief of her leadership style is relationships, defined as “interpersonal trust”. She invests in trustworthy relationships and she nurtures them. In so doing Staley creates a positive culture. Staley’s willingness to pursue positive and honest relationships on and off the court translates into a far better team. Staley said, “When players trust that you care for them, even when you deliver news they don’t want to hear, they will listen.”

Dawn Staley can instill and nurture trust because she has the ability to listen. Long time lead assistant, Lisa Boyer, was quoted as saying this about Staley: “Her willingness to show she doesn’t know it all, her willingness to listen, is a key component to why people trust her. Someone with her talent, her ability, could have developed a huge ego. With Dawn, that just did not happen.”

In the end, Staley’s success all comes back to healthy relationships. She inherently knows that maximum results are achieved when the whole team buys into the process. “Dawn understands the most valuable attribute of an effective coach is to help the team build connections, to make sure they develop a high level of trust in not only their abilities, but each other,” Boyer said.

Dawn Staley is one of the 144 “Wednesday Role Models” featured in the Student Athlete Program. This program is designed to improve the character, leadership and sportsmanship of high school athletes. To learn more about this program and how you can implement it in your school: