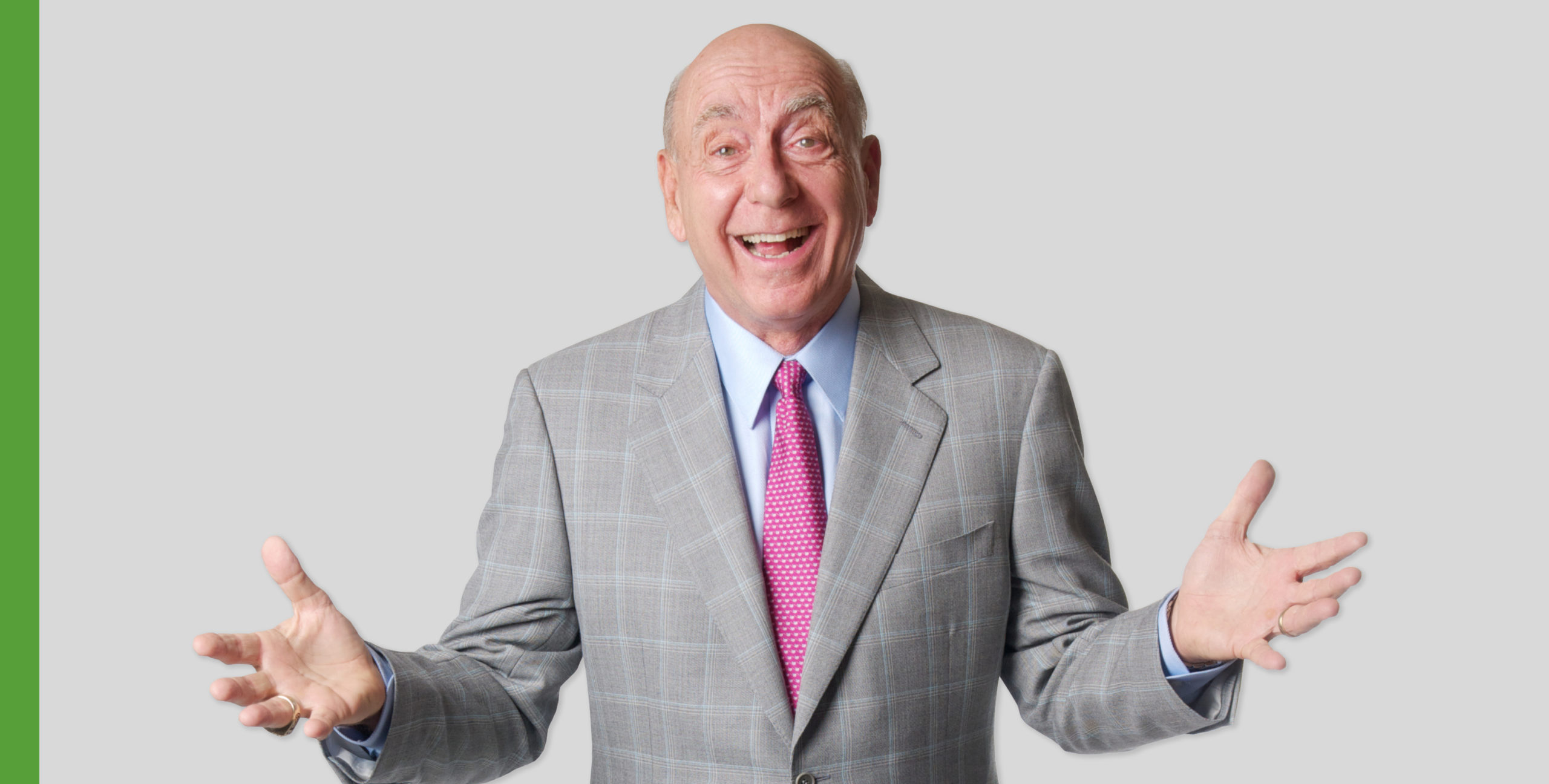 “Dick is an incredible passionate person, and that shines through to everyone who comes in contact with him or reads his inspirational words.”

The typical cable subscriber today can watch ESPN, ESPN 2, ESPN News, ESPNU, and ESPN Classic. However, in 1979, the concept of a channel that provided sports programming 24 hours a day, seven days a week, seemed far-fetched. Most thought that this new channel would not last long. The fact is, the Entertainment and Sports Programming Network (ESPN) did initially struggle. ESPN needed financial investors and advertisers to pay for studios, satellites, and content. They needed contracts with professional organizations and universities to be able to show sporting events. Most importantly, they needed viewers.

So, when this fledgling network attempted to hire Dick Vitale as the color analyst for the upcoming college basketball season, Vitale, who had never even heard of this network, emphatically declined. “Absolutely no way,” said Vitale. “I know nothing about TV. I want to get back to where I belong, and my spirit belongs.” Where he thought he belonged was on the sidelines coaching basketball. Vitale had recently been fired by the Detroit Pistons early into his second season on the job. His record had been a dismal 34-60. So, as he sat around waiting for a coaching offer, his wife urged him to give broadcasting a try. Vitale reluctantly agreed and on December 5 of 1979, he called the first ever college basketball game aired on ESPN.

Admittedly, Vitale was initially not very good as a commentator. He talked over the play-by-play announcer, he talked through commercial breaks, and he generally talked too much. However, he had enthusiasm and a love for the game that translated favorably to the fans watching on TV. “Back then, he was just unbridled enthusiasm,” recalls ESPN anchor Bob Ley. “I say this with affection, but he was like an untrained colt. You were trying to get him into the gate and teach him what broadcasting was because what he had to offer beyond that was infectious.”

In fact, Vitale never received another big-time offer to coach basketball. However, that turned out to be okay with him. His part-time broadcasting gig turned into a career that has lasted over forty years. The result has been a long-standing love affair between Dick Vitale and college basketball. Because he has called close to 1,000 games, many consider Vitale synonymous with college basketball. As former ESPN president George Bodenheimer said, “You can’t overstate what he meant to ESPN and really the growth of college basketball on television.”

As a top analyst for ESPN, “Dickie V” has been assigned to many important games. When he arrives on college campuses, he is a real-life celebrity. People take selfies with him. Fans create signs with his name. And, just like at rock concerts where the singer goes into the mosh pit, Vitale’s body sometimes gets passed up through the student section. During games, students chant his nickname, “Dickie V,” clap clap clap clap clap, “Dickie V.” He is truly a beloved figure in college basketball.

The most iconic part about Vitale is his “Vitale-isms.” These are words and phrases he has made up to describe the game and its players. It would not be uncommon to hear this during a game: “Ohhhh. You gotta love him, baby. He’s a real PTPer (prime-time player). Super. Scintillating. Sensational. A Diaper Dandee (outstanding freshmen) who can handle the rock (basketball), hit the trifecta (3-point shot), and finish with a dipsy-doo dunk-a-roo (slam dunk).” Dickie V is Awesome — with a capital A. And, although most basketball fans understand his sayings, he even has an online glossary to define the terms he uses.

To be honest, Vitale is not loved by every college basketball fan. He does have critics. Some say he talks too much, sucks up to elite programs, and continuously screams loudly into his microphone. Still, Vitale counters this argument by saying, “I may not always be right, but no one can ever accuse me of not having a genuine love and passion for whatever I do.”

Whether people love or hate his broadcasting style, everyone must admire what he has done with his life. His life didn’t start well. As a young boy growing up in New Jersey, he accidentally poked himself in the eye with a pencil and subsequently lost his left eye. This situation caused him to be teased mercilessly as a child and it hindered his ability to play sports at a high level.

However, Vitale graduated from Seton Hall College in1971 and became an elementary school teacher and a high school basketball coach. But then — and this is extraordinary — in only seven years he went from coaching high school to coaching college at the University of Detroit (1973) to becoming a professional coach for the Detroit Pistons (1978). It is no wonder that Vitale proclaims: “I’ve lived a life that has exceeded every expectation I could have possibly had. I’m living the American dream.”

Indeed. After being named a finalist in 2004, 2006, and 2007, Vitale was elected into the Naismith Memorial Basketball Hall of Fame. Now, Vitale had never expected to get into any HOF. After all, he was neither an elite player nor an outstanding coach. However, in 2008, Bobby Knight, Indiana’s famous coach, organized a letter-writing campaign whereby every living member of basketball’s hall of fame authored a letter on behalf of Vitale. Every member thought Vitale deserved this honor and believed his induction was the right thing to do. This was how the official inscription read:

Vitale’s enthusiasm is not a schtick he turns on for the cameras. Check him out on Google. Dickie V’s enthusiasm is fully documented. He is recognized for having a passion for life that inspires everyone he meets. He is the guy who never learned to say “no,” regardless of how big or small the request. Consequently, he has raised millions of dollars for multiple charities through tireless efforts and appearances. Even now, at the age of 81, he is in high demand as one of the most inspirational public speakers in the country. As his full calendar of events demonstrates, there is no sign that Vitale is slowing down. In fact, in a recent Sports Illustrated article, he declared, “I want to walk on the court at 100 years old, the first broadcaster ever to sit there and say, ‘’YOU’RE AWESOME, BABY!’”

Dick Vitale is one of the 144 “Wednesday Role Models” featured in the Student Athlete Program. This program is designed to improve the character, leadership and sportsmanship of high school athletes. To learn more about this program and how you can implement it in your school: