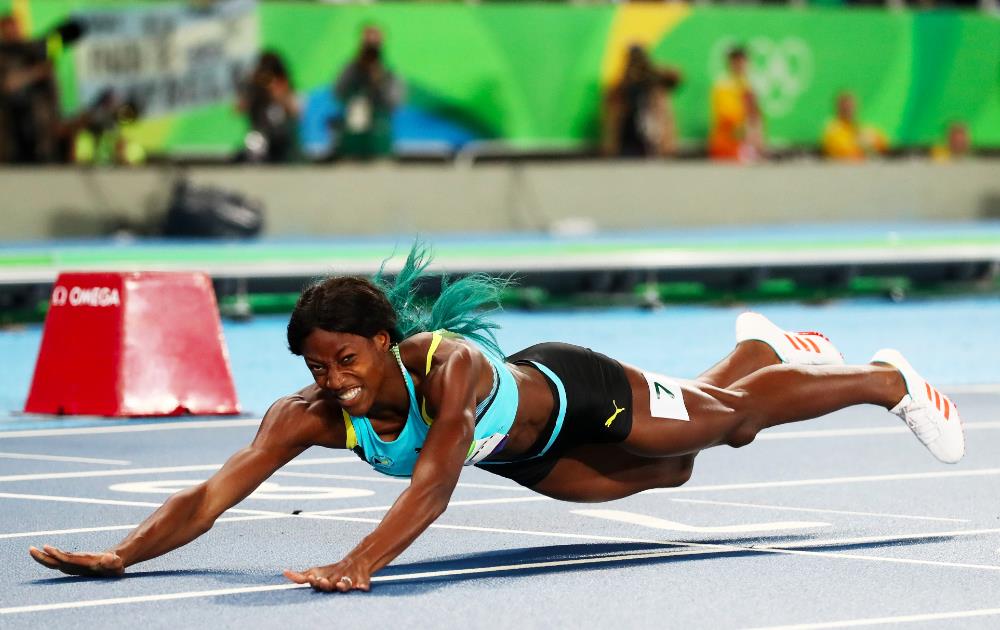 In the 400 meter finals at the 2016 Olympic games, Shaunae Miller of the Bahamas found herself losing the lead to defending Olympic champion, Allyson Felix of the United States of America. There was just a few meters remaining. Using an unconventional approach, Miller dove for the finish line. No one could tell who won. It was a photo finish. Some 30 seconds later, the board revealed that Miller won by seven one hundreds of a second.

Joe’s Perspective #1 – Desire: This dive inspires me. Did you ever hear the term, “She wanted it more?” This feat demonstrates someone who was willing to give everything to achieve her goals. Miller undoubtedly trained her whole life for this one moment and with the Gold slipping away, she sacrificed her body to pick up an extra hundredth of a second or two… and that proved to be the difference.  ‘I’ve never done it before,’ Miller said of her dive. ‘I have some cuts and bruises, a few burns… it hurts.’

Joe’s Perspective #2 – sour grapes: Diving is clearly within the rules. The rules clearly state that whoever puts their torso over the line first, wins… period… regardless of whether or not that person is running, crawling or diving. So, just because some ignorant people want to cry foul, Miller won fair and square. She gave everything she had and came away with everything. Good for her. A true inspiration.

Your Turn:
1) Does this inspire you the way it did me?

2) What do you say to those individuals who say Miller cheated Felix out of Gold?