Female Football Coach Sets Goal of Coaching in the NFL

Female Football Coach Sets Goal of Coaching in the NFL 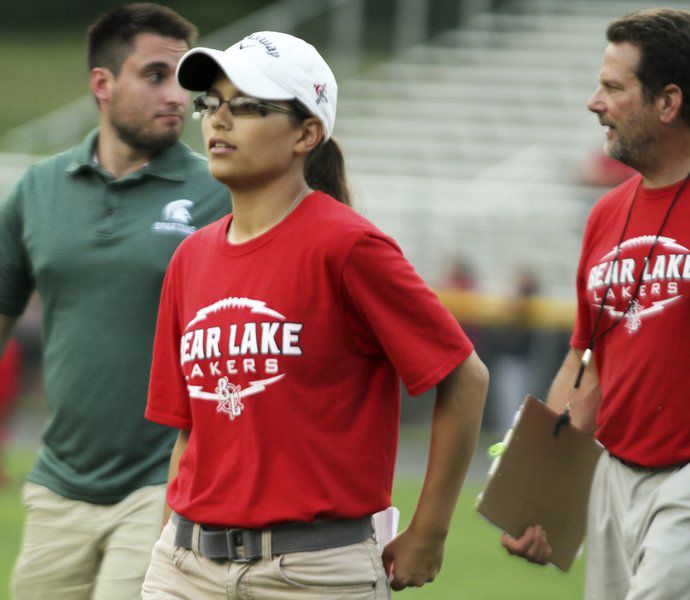 Samantha Mullet is the offensive coordinator at Bear Lake High School in Northern Michigan. She received the job in 2017. “We always went to football games as a family,” Mullet said. “Football is something I’ve loved forever, for as long as I can remember. I’m really grateful to be able to turn a passion into a career.” Mullet is a football junkie. She spends almost all of her free time watching game film, breaking down opposing defenses and honing her craft.

Mullet, a 3-sport athlete in high school, sees a future for herself at the professional level. She would like to be an offensive coordinator in the NFL. Her eyes beam as she says, “I think that would be the ultimate thing.” In case you think it is a bit far-fetched to have a female coach in the NFL, you might want to think again because Mullet has already taken the first step.

In 2019, she was one of 40 women nationwide invited to the Women’s Careers in Football forum hosted by the NFL. Shortly after this experience ended, she was invited to interview with the Baltimore Ravens. As a result, she was selected to be their offensive coordinator intern during the summer of 2019.

In the fall, Mullet returned to Bear Lake to resume her duties at the high school level.  Next, Michigan Governor Gretchen Whitmer, asked her to join her Women in Sports Task Force. Bear Lake athletic director, Karen Leinaar believes in her star-coach. “I’m hoping that she gets an opportunity to keep going in football,” said Leinaar. “I think the sky is the limit for her. I think if somebody gave her an opportunity to work in one of their front offices, she’d be there in a heartbeat.”

Joe’s Perspective: I believe the cream rises to the top. If someone has the desire, skills and knowledge to do a job, there should be no artificial barriers. This includes race, ethnicity and gender. Yes, men have a natural advantage when it comes to coaching football, simply because coaches usually benefit from playing the game over many years. However, this doesn’t mean that men have the market cornered. This story shows that if a woman works hard, she can become a great football coach. As I said, the cream rises to the top.

Your Turn: If you could deliver a personal message to Coach Samantha Mullet, what would it be?