Inspirational Blog #1 – Looking out for the Little Guy

Inspirational Blog #1 – Looking out for the Little Guy 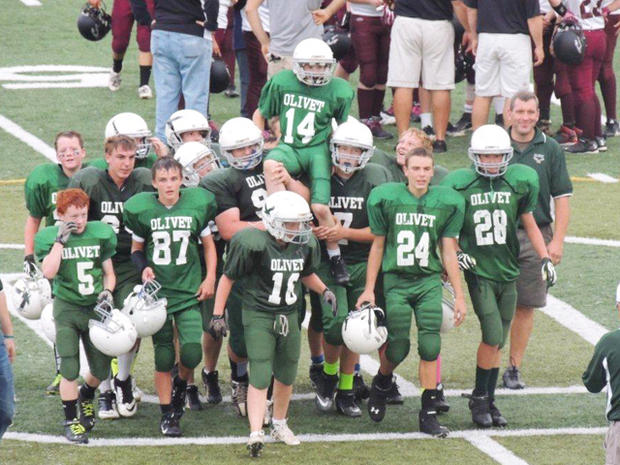 Unbeknownst to the coaches, the football players at Olivet Middle School decided to honor Keith Orr. Keith is a teammate who is learning disabled and emotionally impaired, and the players wanted to acknowledge him for who he is. As the quarterback, Parker Smith said, ‘We thought it would be cool to do something for him.”  So, they decided to get the ball as close to the goal line as they could and then call him into the game to score. Watch the video below.

Joe’s Perspective #1 – It’s not cliche for Keith: This is not the first time I have seen a video like this, nor will it be the last. If I were being snide, I would say this is cliche. However, I came to my senses and realized that this was not cliche for Keith. Keith said it was “awesome.” Further, it’s never cliche to look out for the little guy and it’s never cliche to do something extraordinarily nice. In fact, it seems pretty cool.

Joe’s Perspective #2 – You can’t tell someone what it’s like to do something for someone else, they have to do it. I have been saying this for years and this story proves it. You can’t tell someone of the pride that comes from serving in a soup kitchen or the satisfaction that comes from raising money for a charity. Teammate Justice Miller had no clue how much this simple act was going to change his life, but… with tears running down his cheeks, Justice said, “I went from someone who pretty much cared about myself and my friends to caring about everyone and trying to make everyone’s day and everyone’s life.” Yes, we saw someone learn compassion and empathy before our very eyes.