“I Failed as a Leader”

“I Failed as a Leader” 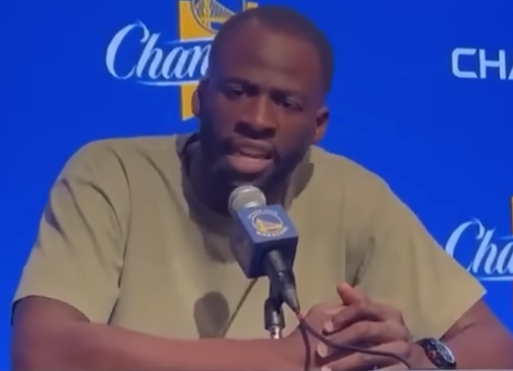 On October 5, Draymond Green punched his teammate, Jordan Poole, during practice. On Saturday, Draymond Green addressed the media.  He was apologetic, he was introspective and he was honest.  “I am a very flawed human being,” Green said. “I know those flaws better than anyone …  I failed as a leader. I failed as a man.”

Draymond went on to say that he and the team have decided that it is best if Draymond steps away from the team for a bit of time. It’s kind of a self-imposed penalty. He will miss most of the pre-season.  If the team agrees, he will return for the start of the season. Draymond also talked at length about how he will work hard to regain the trust of his teammates.

Joe’s Perspective: Fights break out at all levels of sports. Emotions can get high and even the best of teammates can rub each other the wrong way. Sometimes that results in a teammate losing his/her cool and lashing out. This could happen on your team someday and it happened here. Coach Steve Kerr estimated that in 32 years of basketball, he has probably witnessed 20 fights (including one that he was involved in). This is not to downplay or excuse what happened.  Draymond knows what he did was wrong. Heck, anyone who watched the video knows that he was wrong.

However, this week is focused on leadership. Draymond is a team leader. In the moment, he failed as a leader. However, he also succeeded as a leader in his actions thereafter. You see, no one expects perfection. We all have flaws. Draymond’s flaw is his temper. With that being said, a leader must acknowledge those flaws, own those flaws and apologize after episodes like this. Next, a good leader will actively try to repair the problem. In this case, Draymond has acknowledged that he will work to regain the trust of his teammates. It would be easy to apologize and act like something never happened. That would be comfortable. That would make it easy on him. However, something did happen, and it feels like a “dark cloud.” By continuing to regain the trust of his teammates, he is helping everyone move forward. My guess is that his continued efforts to rebuild the trust will produce a stronger team in the long run.

Your Turn: What lessons do you learn from this story?