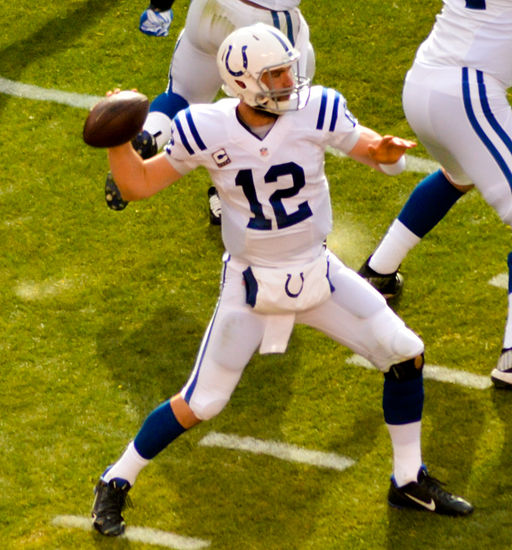 Andrew Luck officially retired at the age of 30 on Saturday night. Drafted as the overall #1 pick in 2012 by the Indianapolis Colts, he was a can’t miss Hall of Famer. Yet, Luck will not make the Hall of Fame. He had a injury-plagued career and he just decided that it wasn’t worth it anymore. The following are his words:

“This is not an easy decision. Honestly, it’s the hardest decision of my life. But it is the right decision for me. For the last four years, I’ve been in this cycle of injury, pain, rehab, injury, pain, rehab, and it’s been unceasing, unrelenting, both in-season and off-season, and I felt stuck in it. The only way I see out is to no longer play football. I’ve been stuck in this process. I haven’t been able to live the life I want to live. It’s taken the joy out of the game.”

Joe’s Perspective: People are criticizing Luck for quitting, but his reason for quitting (no joy) is not very different from teenagers (no fun) who play sports. According to a recent study, the #1 reason that kids quit sports is, “It’s no longer fun.” In fact, this study found that the #1 reason kids play sports is because “it’s fun.” The researchers went on to rank-order the 81 reasons that kids play sports. Winning came in 48, playing tournaments was 63 and practicing with private trainers was 66. The other top 4 reasons that kids quit playing sports is:

2. They have lost ownership of the experience (coaches and parents constantly trying to change micro-manage every decision for them)

3. They don’t get playing time (90% of athletes would rather play on a losing team than sit the bench on a winning team)

4. They are afraid to make mistakes (constant second-guessing leads to fear)

5. They feel disrespected by coaches (yelling, insults or being pushed too hard)

The Bigger Reason for Sports: I am a big advocate for competition, winning and pushing yourself to be the best. However, I feel sports plays a bigger role – sports teaches valuable lessons that are applicable 1) off the field and 2) down the road. Keep these statistics in mind. 96% of female executives (those with major titles in companies) participated in sports as teenagers. At the same time, more than half of all girls will quit playing sports altogether before the age of 17. Overall, 70% of children are dropping out of organized sports by the age of 13. I think we can find ways to keep teenagers playing sports. I think we can find ways to keep sports fun and engaging.Your Turn: Let’s run our own study here. Tell us the number 1 reason that you play high school sports?