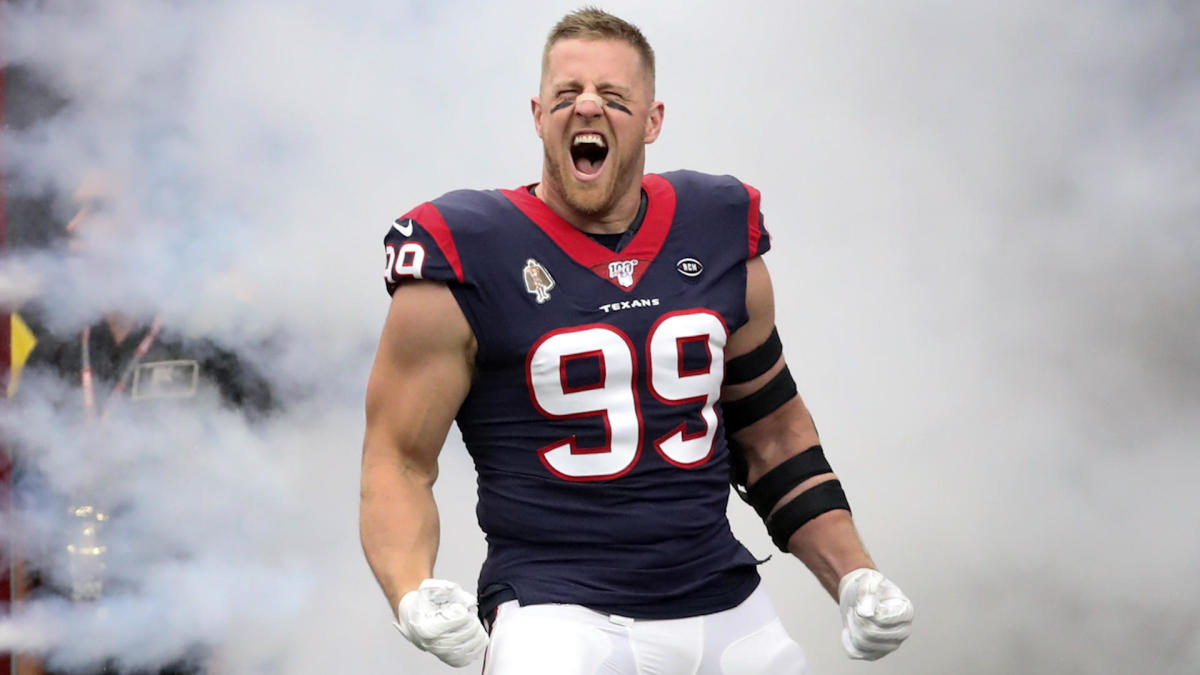 “I thank God for J.J. Watt. He always puts his name out there in front when it comes to having a heart for people.”

On August 25, 2017, Hurricane Harvey made landfall on the southeast coast of Texas and it wreaked havoc on everything in its path. Harvey was a Category 4 hurricane; it had maximum wind speeds of 140 miles per hour. And it was headed straight for Houston, the fourth largest city in the United States. There the massive storm dropped 40 to 60 inches of rain in the span of only four days. Streets turned into rivers. Houses and businesses were flooded. Thousands upon thousands of people were left homeless and entire communities arrived at evacuation centers. Overall, Hurricane Harvey was responsible for at least 107 deaths and caused an estimated 125 billion in damages.

J.J. (Justin James) Watt is a professional football player with the Houston Texans. Like most of his team, J.J. was unable to return home from a pre-season football game in New Orleans. Stranded in a hotel room in Dallas, J.J. was watching the devastation on TV. He recalled: “It’s hard to fathom and it’s hard to comprehend. You see the shelters and you see the people displaced, but that’s what makes me want to help.”

In times like this, J.J. did what he always did. He led. He pledged $100,000 of his own money. He then took out his cell phone and challenged people to donate more money. He posted the following on social media sites: “You can donate something small. You can donate something big. Houston is a great city. We are going to come out of this stronger than ever, but they are going to need a lot of money to help these people rebuild.”

J.J.’s goal was to get others to match his own pledge. It happened within an hour and by the end of the day, the fund reached $500,000. People then shared J.J.’s plea on social media and he went on television shows to promote the worthy cause. Subsequently, over 200,000 individuals donated money within a few short weeks. A few corporations donated over $1,000,000 and some celebrities did the same. The total rose every day. $5 million, then $10 million. By the end of two weeks, it was $28 million. On September 15, some 21 days after the hurricane hit, the fund reached $37 million. On the first anniversary of the storm, the total exceeded $41 million.

However, J.J. did more than organize the fund-raising event. He volunteered in the community. Ordinary citizens were surprised to see him at shelters unloading much-needed supplies from tractor-trailers. And, as fate would have it, on October 5th,  J.J. broke his leg during a game against the Kansas City Chiefs and was ruled out for the year. Now he had plenty of time to oversee the entire relief operation.

When asked about his efforts to help the people of Houston, J.J. said, “This is so much bigger than any game. This is so much bigger than any season, any sack, any touchdown. This is humanity. Football is a game. This is life. This is, hands down, the most important thing any of us are going to go through, let alone me.” The National Football League agreed. They named J.J. Watt their 2017 Walter Payton NFL Man of the Year. This award honors a player’s volunteer and charity work, as well as his excellence on the field. Sports Illustrated also named J.J. its Sportsman of the Year.

J.J. has always been a person of strong character. He credits this trait to his upbringing in small-town Wisconsin and his hard-working parents. He is the oldest of three boys. His father, John, was a firefighter for the town of Waukesha, and his mother, Connie, was a building operations manager. J.J. is the oldest of three boys, all of which are also playing in the NFL. During J.J.’s youth, he played a lot of travel hockey and lettered in four high school sports, namely, basketball, baseball, track and field, and — of course — football. In fact, as a high school senior, J.J. was named the conference player of the year and was selected to the All-State team. Nevertheless, most college recruiting services rated J.J. only as a two-star recruit.

Coming out of high school no one would have guessed that J.J. would eventually be named the National Football League Defensive Player of the Year three times. He was not heavily recruited and wound up signing a letter of intent to play at Central Michigan University. Instead of placing him on the defensive side of the ball, CMU’s coaches had him play tight end. At the end of his freshman season, they suggested that J.J. switch to offensive tackle. Since he had never played this position, J.J. withdrew from CMU in favor of becoming a walk-on at the University of Wisconsin.  J.J. had determined that his best talent would be as a defensive end, a position he had played in high school, and he was going to make it or break it with the Badgers.

Looking back, J.J. surely must view switching schools as the best career decision that he ever made. He was at a Big 10 school and he dominated at defensive end. As a walk-on in 2009, he became a starter and a leading tackler. Needless to say, J.J. earned a scholarship for the 2010 season. He subsequently led Wisconsin to the BIG 10 Championship and was named the team MVP. As a Badger, J.J. also received the Ronnie Lott Trophy, which honors college football’s best defensive player in character and performance. His stock was on the rise. So much so that he chose to forgo his senior season and declare for the NFL draft.

J.J. was chosen as the 11th overall pick by the Houston Texans. He quickly became a starter and was named Rookie of the Year. This was small potatoes to what would come next. J.J. was a Pro Bowl selection for the next four years. This arguably was the best four-year stretch of any defensive player in NFL history. Moreover, like the great Lawrence Taylor, J.J. earned three Defensive Player of the Year Awards. In 2014, J.J. signed a contract that made him the highest paid non-quarterback to ever play the game. And, at the end of the 2015 season, he was ranked the number 1 player in football. Not bad for a two-star recruit out of high school.

J.J. Watt decided to retire from the NFL at the end of the 2022 season. However, he is the same man of character after retirement as he was during his playing days. Whenever there is an opportunity to give back or to help those in need, J.J. continues to be there. He has a charitable foundation and its motto is “Dream Big, Work Hard.” J.J. has dressed up as Batman at children’s hospitals, sponsored orphans who have tragically lost their parents, and hosted charitable fundraisers. J.J. also has invited special guests to home football games and greeted them on the field, and he continues a proud alliance with members of the US armed forces.

Authors try hard to define character. Educators try to explain what character means. I say put your dictionaries away. If you are wondering what character is or what it looks like, look no further than J.J. Watt. He is a living example of character. As one Hurricane Harvey survivor said, “I thank God for J.J. Watt. He always puts his name out there in front when it comes to having a heart for people.”

JJ Watt is one of the 144 “Wednesday Role Models” featured in the Student Athlete Program. This program is designed to improve the character, leadership and sportsmanship of high school athletes. To learn more about this program and how you can implement it in your school: