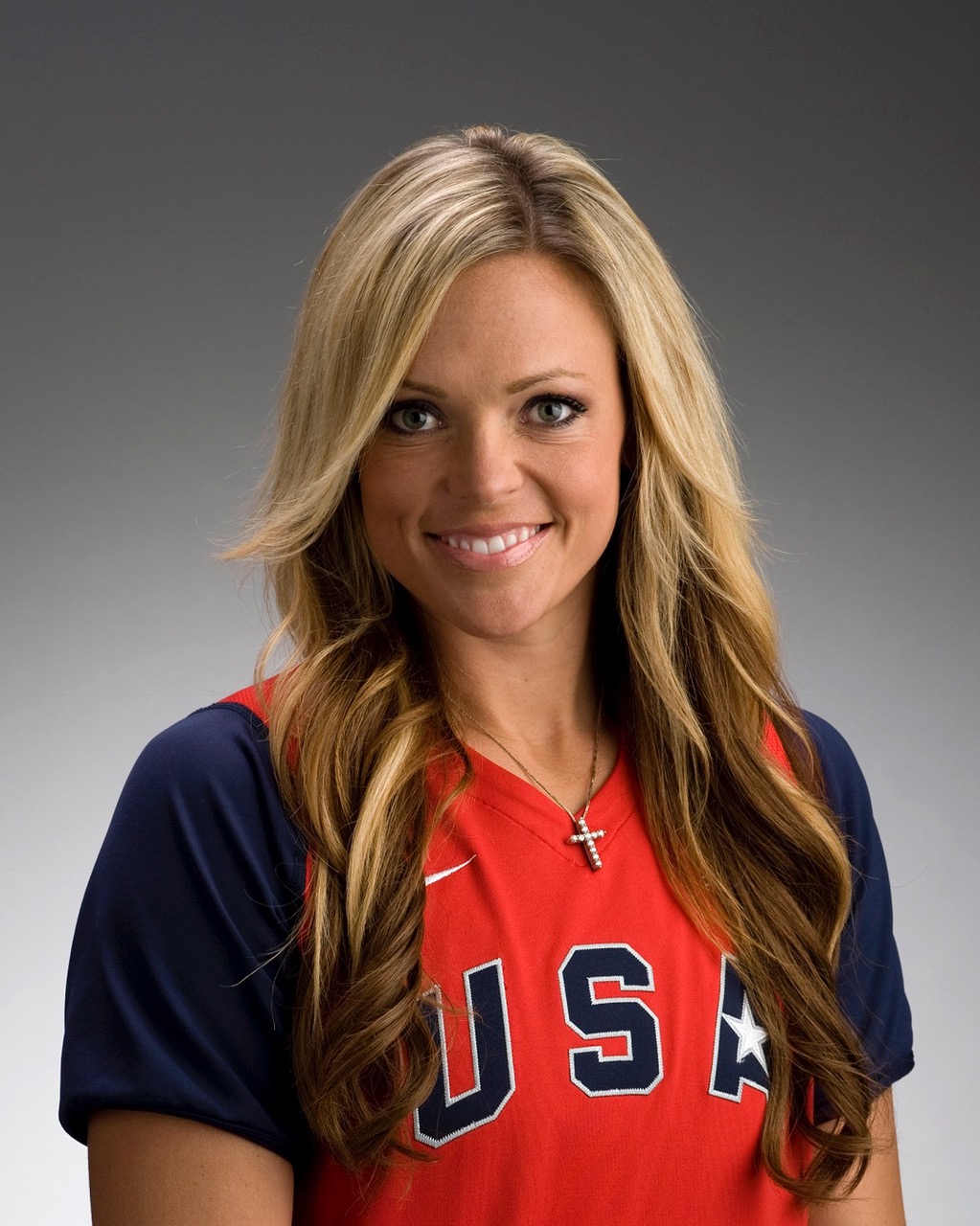 In August 2004, women’s softball made its third appearance in the Olympic Games, hosted in Athens, Greece. In the first game of the series, United States pitcher Jennie Finch approached the mound as the crowd cheered wildly. All eyes were on her, as TV cameras were scattered throughout the stadium, giving coverage to billions of people around the world.  Jennie’s heart raced as she felt the enormous pressure to succeed for herself, her team, and her country. Though the stadium was scorching hot, Jennie had ice in her veins.  She remained cool, calm and collected. Jennie played her heart out and as a result, the United States pulled through with the biggest victory of their lifetime, defeating Italy, 1-0.

Jennie pitched two outstanding games in this Olympic series, which included a 2-0 win-loss record, striking out 13 batters with only one hit, one walk, and no runs. Her ability to remain composed under extreme pressure helped lead the team to a gold medal. Composure can best be defined as handling yourself with calmness in a nerve-wracking situation.  Throughout the years, Jennie learned how to tune out all of the chaos and focus on just one pitch at a time.  Fortunately, this dedication to the sport allowed her to play on the world’s biggest athletic stage. Though the United States softball team left the Olympics as champions, it was Jennie who instantly became a superstar with her good looks and strong athleticism.

Jennie was born in La Mirada, California to her loving parents, Bev and Doug Finch. At the age of 5, Doug signed Jennie up for softball and her love for the game sparked immediately.  By the age of 9, Jennie played with an all-star travel team and spent most of her weekends on a new diamond. She was bigger than most of her teammates (most boys too) and could certainly throw the ball. One day, her coach determined that they needed a team pitcher. Therefore, he lined everyone up on the mound to see who could throw to home plate. When it was Jennie’s turn, jaws dropped. At this moment her pitching career began. She wasn’t stellar at first, but she found her niche.

As Jennie’s softball career started to develop, she realized that being a pitcher was a huge responsibility. After all, as the pitcher, it was her name listed in the paper with either a W or L next to it. Jennie’s teammates and coaches constantly relied on her to get the job done as she was involved in every play of the game. Many athletes depended on their strength or agility to get them ahead in the game. Interestingly, the most important muscle Jennie used to guide her through the sport was between her ears. “During my softball career, I heard a lot of statistics about myself. How tall I was. How hard I threw. How many wins I had. But I didn’t hear much about what I thought was the most important tool I had – a strong mind,” Jennie stated. “I’ve found that it helped me so much to have the right mindset: a game plan, a strategy.”

Jennie’s mental preparation was achieved by several factors that she could control, such as practice, effort, attitude and confidence.  She balanced these attributes early on in life, which set forth an incredible journey on the field. “Preparation is truly where confidence is made and built,” Jennie explained. “If I worked hard in my practices during the week, I definitely saw an outcome on the weekend.”

While Jennie’s skills reached new levels, she started to get noticed by top college recruiters. One person in particular had an eye on Jennie, Coach Mike Candrea of the University of Arizona. The first time Coach Candrea watched Jennie pitch, he was extremely impressed with her mentality – her composure on the field, preparation, and intense competitiveness. Of course, her physical talents were undeniable as well.  It wasn’t long before Jennie committed to the University of Arizona as their only recruit that year. Given that Jennie was going to be the only freshman on a very experienced team, she knew she had to bring her A-game.

A fire burned inside Jennie as she competed during her collegiate years. By 2002, her senior year, Jennie rewrote history books as she set a new NCAA record by winning 51 consecutive games. The stadium was jam-packed throughout the record-breaking game against Cal State Northridge. During the final play of the game, roaring Wildcat fans shook the place as they chanted “JENNIE.” At the time, it was the biggest moment of Jennie’s softball career and the most pressure she had ever faced on the field. Yet in a flash, Jennie threw a high fastball past the batter for the final out, which sent the Wildcat fans into a huge celebration over a 6-0 victory.  Though Jennie may have been distracted by overzealous fans, her focus never left the mound. “You can’t always control the circumstances – only how you react to those circumstances. You can always control your attitude and your effort,” Jennie expressed.

The Wildcats were getting a lot of recognition and it wasn’t long before those softball fanatics lined up to receive an autograph from the sensational pitcher. Incredibly, during Jennie’s freshman year only one game had been televised and by her senior year, every game was aired. To say Jennie’s world had been spinning would be an understatement. “I was riding a tidal wave of publicity and opportunity. And, of course, more pressure,” she recalled.

By 2003, Jennie’s talent, beauty and charm turned her into a pop culture icon. She appeared on popular shows such as Dancing with the Stars and The Apprentice. More importantly to Jennie, her new-found fame allowed her to promote softball through several different platforms. She signed as a co-host with This Week in Baseball and later on she became the first woman to manage a professional baseball team, the Bridgeport Bluefish. Throughout all the media hype and opportunity, Jennie stayed true to herself and demonstrated the utmost dignity and composure. She turned down offers and publicity if it wasn’t role model material. “I accept being a role model and I love the fact that I have the opportunity to be the best role model I can be for the youth of today and tomorrow,” she explained.  To this day, parents of young athletes thank Jennie for presenting herself with such grace and poise.

Jennie has come a long way since her early softball days; she is now referred to as the most famous softball player in the world.  Her acts of composure have proved to us that great pressure can lead to great rewards. The right frame of mind can help control all aspects of life, not just athletics. Whether you are getting ready for a big speech or a job interview, mental preparation will help ease your mind and likely give you the results you are looking for.  As Jennie once said, “Your mind is the strongest, most powerful muscle you have.”

Jennie Finch is one of the 144 “Wednesday Role Models” featured in the Student Athlete Program. This program is designed to improve the character, leadership and sportsmanship of high school athletes. To learn more about this program and how you can implement it in your school: