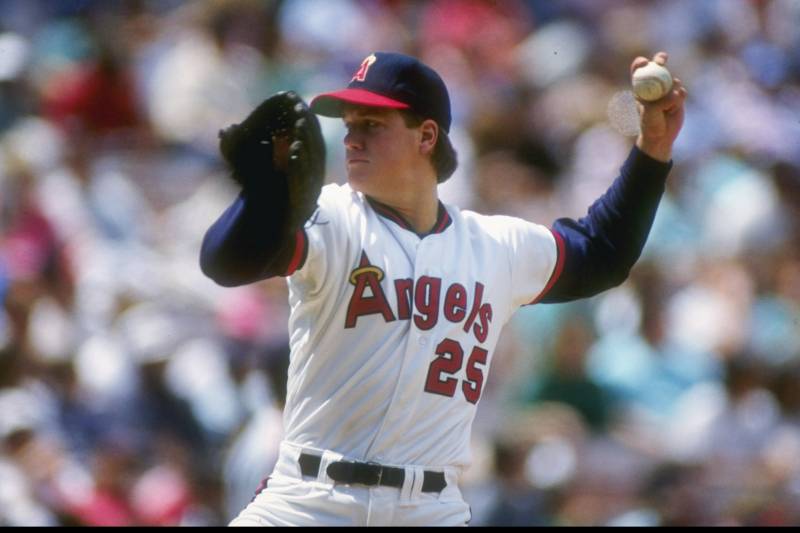 “I hope you all know that nothing can stop you. If you can be tough, if you can be creative, if you can believe in who you are and what you can do, nothing in this world can hold you back.”

It was a warm day autumn day in New York City. The date was September 04, 1993. The Cleveland Indians were in town to play the New York Yankees. On the mound for the Yankees that day was Jim Abbott. He had managed to pitch a no-hitter through 8 and 2/3 innings. Standing at the plate was Carlos Baerga, who was hitting a hefty .318 that season. All 27,225 fans were on their feet, wildly urging Abbott to this monumental achievement.  It had been 10 years and 2 months since a pitcher from the Yankees had thrown a no-hitter. Here is play-by-play commentator, Dewayne Staats, with the call: “And a ground ball to short… Velarde… He did it! He did it! Jim Abbott throws a no-hitter and shuts out the Cleveland Indians, 4-0… Mobbed by his teammates.”

Throwing a no-hitter is indeed rare. There are currently 2,430 games played each year and on average a no-hitter is thrown in three of those games.  Jim Abbott threw the 234th no-hitter in Major League Baseball. Another 61 have been thrown since Abbott accomplished his feat in 1993. However, one detail separates this no-hitter from all the rest – Jim Abbott has only one hand.

Abbott has spent most of his life answering the question, “What happened to your hand?” His response has morphed into this simple response, “I was just born this way.” In 1967, Jim was born to two loving parents in the blue-collar town of Flint, Michigan. He was born with a deformed right arm that ended at his wrist. His parents never referred to his abnormality as a handicap – it was always a challenge that he had to overcome. He was taught to turn his weakness into his strength. He had to learn to do everything with one hand which most people learned to do with two hands. Think about the simple act of tying your shoes with only one hand.  Abbott just had to learn differently than most kids.

The same is true with sports. Truthfully, his parents hoped that he would stick with soccer, but he really fell in love with baseball.  Most learn to throw with one hand and catch with the other, but young Abbott had to find a way to do both with one good hand. When pitching a ball, he would rest his glove on the end of his right arm. He would then slip his left hand into the glove and be ready to catch the ball. Of course, when pitching, the ball would sometimes return to the mound quickly and he needed to do this in less than a second. After catching the ball, he would then secure his mitt between his forearm and torso, slip his hand out of the glove, grab the ball out of his mitt and throw the ball. He developed this routine by playing catch with his dad and perfected this motion by spending countless hours throwing a ball off his garage door. His ability to field a ball would be tested over and over by opposing teams at different levels. One high school coach instructed eight consecutive players to bunt the ball back to the pitcher. Abbott mishandled the first one, but threw out the next seven batters.

When others learned to bat with two hands, Jim learned to do so with one hand. In high school, he batted a phenomenal .427. He also quarterbacked his Flint Central High School football team to the semi-finals of the state championships. Abbott threw four touchdowns in his final game, losing to the eventual state champs. He was also the team’s punter and never mishandled a snap in two years of varsity football.

Abbott received a lot of acclaim coming out of high school as a pitcher. He could throw a fastball 90 mph and he had a pretty good slider. He was drafted by the Toronto Blue Jays and was offered good money to turn pro. However, Abbott chose to attend the University of Michigan on a baseball scholarship. He stayed three years, bringing Michigan two Big 10 Championships. Abbott’s record in college was 26-8 with a 3.03 earned run average. He was also very proud that he only had three errors in the field during his career, far less than his fellow two-handed pitchers.

The awards started coming his way. After his sophomore year, Abbott received the Golden Spikes Award, given to the best amateur baseball player in the country. He then found out that he was a finalist for the prestigious Sullivan Award, which recognizes the best amateur athlete for all sports. In the fifty-eight-year history of the award, no baseball player had ever won it – until Abbott did.

Jim Abbott entered the 1988 Major League Draft after his junior year. He was selected as their eighth pick by the California Angels. It also was at this time that Abbott was asked to play on the 1988 United States Olympic Team. He had a difficult decision. If he signed his multi-million-dollar contract with the California Angels, he would sacrifice his amateur status and be ineligible to play in the Olympics. On the other hand, if he played for the Olympic team, he would risk injury and perhaps never sign a Major League contract.

The decision was easy for Abbott. He had always dreamed of representing his country in the Olympics. Team USA coach Mark Marquess said this about Abbott’s performance, “One thing about Jim is that he always seems to pitch well in big games.” So, it was no surprise that in the biggest game of the tournament – the gold medal game against Japan – Marquess selected Abbott to be the starting pitcher. Abbott did not disappoint. He threw a complete game and celebrated as his teammates mobbed him on the pitcher’s mound. Jim Abbott had added a gold medal to his resume.

The following spring Abbott reported to spring training with the Angels. Everyone expected Abbott to be sent down to an AA or AAA minor-league affiliate to hone his skills and get used to playing as a professional. “I wasn’t supposed to make the team,” Abbott said. However, Abbott was determined to succeed, and he became the 15th player in the history of the game to begin his professional career at the major league level. Of these 15 players, nine were pitchers. However, none of them had won more than six games during their rookie year. Abbott became the first. He won 12 games in 1989. “It’s just phenomenal that he’s overcome such a disability, and made it to the big leagues,” fellow big-league player, Book Jacoby, remarked. “It shows youngsters that no matter what kind of problems you have, if you work hard enough, you can achieve your goals.”

Jim Abbott went on to play 10 years in the major leagues, playing for six different teams. He had some good years and some not-so-good years. He won 87 games and lost 108 in his career. The highlight of his career was pitching that no-hitter for the Yankees in 1993. He never played in the playoffs and his numbers do not support induction into the Baseball Hall of Fame. Nevertheless, there is an important lesson to be learned from Jim Abbott. Because he is now a motivational speaker and wrote his autobiography, titled Imperfect, let’s let him explain this lesson.

“You aren’t bound by the circumstances in which you were born. You aren’t bound by the situation that you might find yourself in at this particular moment.  I know you are going to go through difficult times, but believe me, if you are optimistic and have good people around you, and believe in what’s possible, so many good things can happen in this world.”

Jim Abbott is one of the 144 “Wednesday Role Models” featured in the Student Athlete Program. This program is designed to improve the character, leadership and sportsmanship of high school athletes. To learn more about this program and how you can implement it in your school: