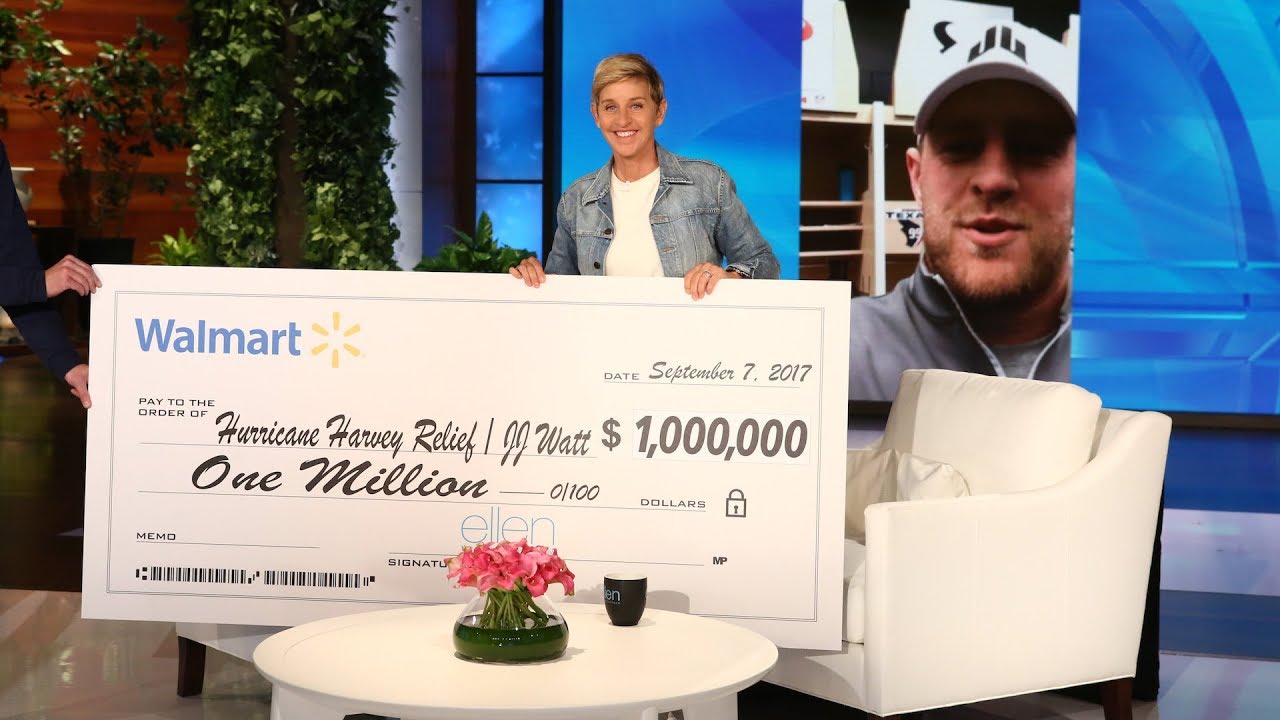 JJ Watt is an all-pro defensive end for the Houston Texans. After Hurricane hit Texas last week, he challenged people to donate money to help relief efforts. Watt initially donated $100,000 of his own money and asked people to match it. That took 2 hours. He raised his goal to half a million, then 1 million, then 2… A few days later, over $9 million was raised. As of September 12, his relief fund has reached $32 million. Most of the donations came from citizens donating $5 to $100.

Joe’s Perspective: What can you say, this is very cool. Watt is acting like a leader and a role model in this difficult time. Instead of just talking about it or thinking about it, he actually did it. This money will make a difference in the lives of those affected by this hurricane. If you too, want to donate money to this worthy cause, go to https://www.youcaring.com/victimsofhurricaneharvey-915053.

Your Turn: After reading this story, what are your thoughts and feelings?