The Man Behind The Ice Bucket Challenge – Pete Frates

The Man Behind The Ice Bucket Challenge – Pete Frates 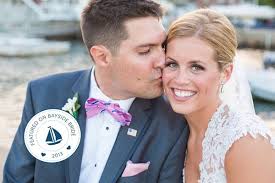 For the past two weeks, every time I open up my Facebook page, I see a new video of one of my friends accepting the ALS Water Bucket Challenge and then dumping a mixture of ice and water over their heads. In turn, they get to nominate 3 other individuals to do the same thing within 24 hours. It’s interesting and sometimes hilarious to watch, but I wanted to know where this challenge began and the motivation behind it.

Pete Frates: It turns out a 27-year-old named Peter Frates was diagnosed with ALS in 2012. He was a three sport athlete in high school and captain of his baseball team at Boston College. When told about the diagnosis and given roughly 1,000 days to live, his words were, “Ok, Let’s strap it on.” He made it his mission to raise awareness and funding for this little known disease and work towards a cure. In May of 2014, a friend introduced the ice bucket challenge and nominated others to take it in Pete’s honor. It has become a movement and a phenomenon. Last year the ALS association raised 2.5 million dollars. Since May, they have raised 80 million dollars and the total is growing by the hour.  Since his diagnosis, Pete has married his girlfriend and they are expecting a baby boy later this year…. and he has lost most of his physical abilities, including the ability to speak, walk or chew food.

ALS: This disease was made famous when Lou Gehrig, a famous major league baseball player, announced that he had this little known disease in 1939 in the prime of his career.  Very few people knew this disease so many referred to it as “Lou Gehrig’s Disease.”  https://www.youtube.com/watch?v=626Dt9JdjQs (Lou Gehrig’s farewell speech)

ALS is a neuro-degenerative disease. This disease impedes the neurons that send messages from the brain to the spinal cord. It is these messages that allow someone to walk, run, talk, chew, smile, lift an arm… As the disease progresses, a person loses more and more abilities, eventually dying because the brain can’t tell the body to even breathe.

Joe’s Perspective: With so few people affected by ALS, the odds are that you will not get this disease or even directly know someone who has it. So, why should you care? We should all care about the .00002 percent who are afflicted with this disease. It is an awful disease and an inhumane way to die… with little or no hope. Scientists and doctors have been working on a possible treatment for decades. However, the funding is minuscule compared to diseases like cancer, AIDS or Alzheimer’s.  The individuals afflicted with ALS deserve the best effort from the best minds to help find a cure, so individuals like Pete Frates can watch their children grow.

1. To date, no one has challenged me to take the ice bucket challenge and I know my children would love to dump water over my head. So, if you are teaching this class or taking this class, I challenge you to post a video of yourself dumping ice-cold water over your head and then nominate me to do the same thing on the company’s Facebook page –  https://www.facebook.com/characterandleadership. I will then take the challenge and write a nice check to ALS.

2. This should provide a new context for the Week 2 Ethical Dilemma question, “If you knew you were going to die by the end of the semester, what one thing would you like to do before you die?” Many students have provided non-productive and attention-seeking answers.  If I were teaching this class now and I got those answers, I would play the video above and ask the question again. I would hope Pete Frates sets the standard for us all – cure a disease, marry your best friend, pass on your legacy and start a positive revolution.  So, what would you do?