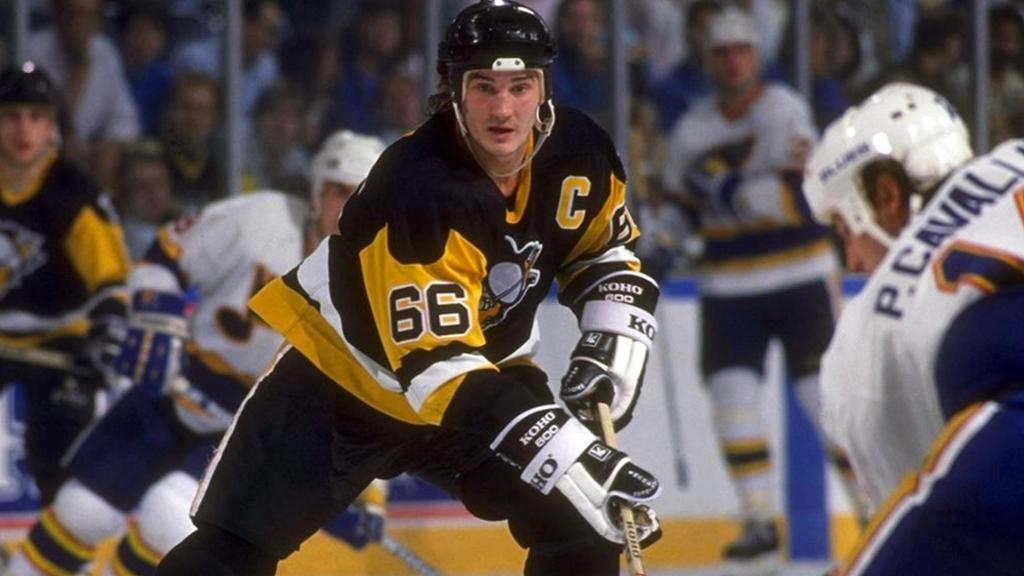 In a word, the Pittsburgh Penguins were awful. They joined the National Hockey League in 1967 and became basement dwellers for much of the next 20 years. Losing records, missing the playoffs, and small crowds were the norm. Their home arena held 16,000 fans, but they had trouble getting 7,000 people to attend a game. In 1975, the team declared bankruptcy and the team owner continuously threatened to move the team to another city. In 1983 the Penguins won just 16 of their 80 games, finishing dead last in the league. Of course, the one good thing about finishing last is the luxury of selecting first in the upcoming NHL draft.

The best player in the 1984 draft was Mario Lemieux; a reserved, French-speaking, 19-year-old from Montreal, Canada. So, the pressure was on Penguin management to select and sign this young phenom. “If I didn’t take Mario with that first pick, believe me, there would be no hockey here now,” said Eddie Johnston, Penguin General Manager. “This would be a parking lot, I guarantee it.”

On October 11, 1984, Mario made his debut. On his first shift, he scored on his first professional shot. From that moment on, the tide began to shift for the Penguins. Yes, they would have to endure more losing seasons, and it would take five years to see a playoff game, but the Penguins had a star player to build around. As a rookie, Mario became the first rookie to ever win the MVP trophy at the NHL All-Star Game. He possessed an unusual blend of size, strength, finesse, intelligence, and vision. He was a natural scorer and he could score in a variety of ways. Every shot was different. Since Mario didn’t use the same “inside-outside move” that most players used, the goal tender never knew what to expect. Consequently, if you look at the top 13 goal scoring seasons by a player in NHL history, Wayne Gretzky holds nine of those places, and Mario Lemieux holds the other four.

This feat is especially impressive since Mario never played a full season in the NHL. He was kept off the ice by a bad run of serious medical conditions, such as spinal disc herniation, tendinitis, atrial fibrillation, and chronic back pain. Although each season consisted of 80 games, Mario could never play in more than 70 of them. In fact, Mario was only able to play in 915 of the possible 1,430 regular season games that took place over his 17-year career.

For example, during the 1989 season, Mario had scored at least one point in his first 46 games and needed only five more games to break Gretzky’s 51-game streak. However, Mario could no longer handle the pain in his back and was forced to miss the next 21 games. “I can’t imagine playing with that amount of pain. He couldn’t even tie his own skates before games,” said team manager, Craig Patrick. “For him to do what he did — keeping that point streak going through all that pain — told me an awful lot about his character.”

Later, at the beginning of the 1992 season, Mario was again setting a torrid pace. It looked like he was going to seriously challenge Gretzky’s record for the most goals in a single season. However, in January, the 26-year-old Mario discovered that he had cancer in his lymph nodes; Hodgkin lymphoma. His doctors placed him on an aggressive radiation treatment schedule which resulted in Mario missing two full months of play. Nevertheless, on the day of his final radiation treatment, Mario flew to Philadelphia and provided a goal and an assist in a game against the Philadelphia Flyers. He never missed a beat. His team won 17 consecutive games and Mario won the scoring title with 160 points (13th most points in a season ever). In a season in which he took 24 games off and beat cancer, Mario was the most valuable player in the top league in the world. Simply Amazing.

Just as many sports enthusiasts wonder what Ted William’s baseball statistics would look like if he didn’t serve as a fighter pilot in World War II and Korea during the prime of his career, many wonder what Mario would have been able to accomplish if he didn’t have so many medical issues. However, despite all of his injuries and ailments, Mario is still considered one of the best to ever lace up the skates. After years of Penguin futility, Mario came on board to lead the Penguins to two Stanley Cup Championships. After each championship, he received the Conn Smythe Trophy as the MVP of the playoffs. He has also been named the MVP of the league three times. And, to put a cherry on top of his playing career, he led Team Canada to an Olympic gold medal in 2002.

The story gets even better after Mario retired for the first time in 1997. You see, the Penguins had been mismanaged for years, owing creditors over $90 million. The largest creditor of them all was Mario Lemieux, who was owed $32.5 million in deferred salary over his career. So, when the Penguins filed for bankruptcy for the second time in their short career, Mario proposed to convert his unpaid salary into a bid to buy the Penguins. His bid was formally accepted on September 1, 1999, and he immediately named himself as president, chairman and CEO of the Penguins.

During his first year at the helm, he quickly turned the franchise’s finances around. Whereas the previous year the Penguins had lost $16 million, Mario’s leadership actually turned a small profit in his first year. Then, over the next five years Mario made sure that each creditor was paid every penny that was owed to them. While this wasn’t required by the law, Mario, was a man of character, and he knew it was the right thing to do. With the ship righted, his next objective was to create a team dynasty that would flourish in Pittsburgh for decades to come. He brought in the right coaches and signed the right players. He even made a comeback as a player himself and, in so doing, became only the third player in history to play hockey after being inducted into the Hall of Fame. He also masterminded the building of a new arena that is contracted to keep the Penguins in Pittsburgh at least until 2037.

Mario sits in a unique place in hockey lore. Mario saved the Pittsburgh organization twice: First, when he became a player in 1984, he changed the culture and led his team to two Stanley Cup victories. Next, as team owner, he led them out of bankruptcy and to three more championships. Perhaps hockey broadcaster, Paul Steigerwald, said it best: “There’s no doubt in my mind that the Penguins were ready to leave this town. Mario Lemieux was, is, and will always be the only person who could have kept the Penguins in Pittsburgh.”

Mario’s character not only has shaped his life on the ice, but also off of it. The public does not get to see much of this because he is a quiet, humble, and private person. He is married to his wife Nathalie, and together they have raised four upstanding children. He also founded the  Mario Lemieux Foundation, which funds cancer research and patient care programs, as well as Austin’s Playroom, an initiative that creates playrooms for children and families in medical facilities.

Mike Lange, the longtime play-by-play announcer for the Penguins summed up his admiration for Mario in the following statement:

I respect him more as a human being than as a hockey player. All the things he has done for this city, the community involvement, the hospital work, the money he has given, the foundations he has been associated with. There hasn’t been another athlete from this city who’s done as much as Mario Lemieux has.

Mario understands how fortunate he is to have such enormous talent. “Hockey, to me, is my whole life,” he said in retirement. “It has given me a whole lot throughout my career.” In this type of situation, many athletes become takers. It becomes all about them. Mario, on the other hand, has always been a giver. As a player he emphasized what was needed by him as a teammate. As a team owner, he made sure to give back to the game, and to the people of Pittsburgh. As a person, he has consistently taken the time to give back to those less fortunate. His actions on and off the ice demonstrate the true nature of his character. For those reasons, Mario Lemieux is included in this program and highlighted as a positive role model.

Mario Lemieux is one of the 144 “Wednesday Role Models” featured in the Student Athlete Program. This program is designed to improve the character, leadership and sportsmanship of high school athletes. To learn more about this program and how you can implement it in your school: