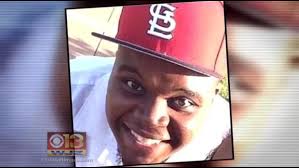 This is a tough blog to start the school year with, but the coverage is on every news channel, 24 hours a day… so, I figure we should probably talk about it… in a mature, respectful way. The trouble with this case and many other cases is that eye-witnesses have provided completely different versions of reality. Without having been there, it’s hard to know what to believe.

The Facts: Michael Brown and Dorian Johnson robbed a store and proceeded to walk down the middle of a street. A police officer (Darin Wilson) told them to get out of the street. Some kind of a struggle happened between Michael Brown and Darin Wilson and a single shot was fired. Michael Brown took off running. Officer Wilson got out of his car, unholstered his gun and yelled, “Freeze.” What happens next is a disputed. However, what is undisputed is Officer Wilson shot Michael brown six times – 4 in the arm and 2 in the head – killing him.

Scenario One: Dorian Johnson, the teenager who was with Michael Brown, gave an interview after the killing. He says that Officer Wilson swore at them and demanded that they get out of the street. He grabbed Michael Brown by the neck and pulled his gun. Michael Brown was shot once and began to run. Officer Wilson then began shooting at Michael Brown as he continued running. Brown then turned and put his hands in the air to signify that he was not a threat. Officer Wilson continued to shoot Brown, delivering a fatal shot to the head.

Scenario Two: After robbing a convenient store, Michael Brown and Dorian Johnson were confronted by Officer Wilson for walking down the middle of the street. Seconds after this incident, Officer Wilson received a call about the robbery. Fitting the description and noticing the stolen cigars, Officer Brown backed up his car and confronted the teenagers again. There was a struggle for the officer’s gun and a shot was fired. Brown and Johnson took off running. Officer Wilson got out of his car and with his gun pointed, he yelled, “Freeze.” Michael Brown taunted the police officer and unexpectedly began “bull” rushing Officer Wilson. Wilson began firing his gun, hitting him in the arm. When he didn’t stop, the officer fired two more shots into his head, killing Brown. 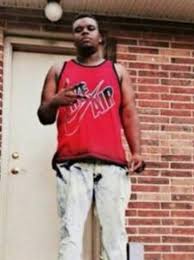 https://www.youtube.com/watch?v=0mAaJMBxKA4 (edited video of eye-witness talking after the shooting)

Joe’s Perspective #1 – Reserve Judgement: If scenario #1 is accurate, Officer Wilson should spend the rest of his life in prison. Police officers need to be held to the same standard as anyone else. If a police officer abuses his power, makes bad choices and kills an unarmed person who is not a threat… end of story… throw him in the slammer for life. On the other hand, if Michael Brown, had previously attempted to steal the officer’s gun and is now running at the officer, I can understand the officer’s decision to use deadly force. I think we should wait for trial and learn the facts. Let’s see what the toxocology report says (i.e. was Brown high, which impaired his thinking), what does the autopsy say, let’s hear from other witnesses and cross-examine them.

Joe’s Perspective #2 – Protest Responsibly: If I lived in that community and/or that was my child who was killed, I would be protesting too. I would want a fair trial and I would probably want an impartial branch of the federal government to hear the facts of this case. I strongly believe Americans have the right to assemble and protest. I further believe people have the right to protest without police officers pointing guns at them or threatening them.

At the same time, a perceived injustice does not give individuals or groups the right to loot stores, damage property, steal merchandise, threaten and physically hurt police. A loud and yet peaceful voice has enormous power, particularly when 200 News Channels are taping everything. Unfortunately, when “bad actors” come from different cities to cause trouble and drive their own agendas, the larger issue gets lost, police are put in positions to make difficult choices and violence mounts.

Joe’s Perspective #3 – Transparency: The local police and federal agents have a responsibility to be as open and transparent as possible. This isn’t about protecting “one of their own.” They should do a full investigation, report the facts and take this to trial. The facts of the case should lead us to justice. At this point, however, I am not sure what justice in this case looks like. Do you?

Joe’s Perspective #4 – Deadly Force?: “If” scenario #2 is accurate, and the police officer was feeling scared and in fear of his life, the guy “bull” rushing you still doesn’t have a gun. Why not shoot him in the leg? If that doesn’t stop him, shoot him in the other leg. Everyone who has ever been trained to use a gun disagrees with me on this point, but my scenario finds Michael Brown in a hospital, not in a coffin. Just sayin’.

Your Turn: Please place your comments below, (2) like and share our Facebook page (character development & leadership) or (3) tweet to @CDandLeadership using #GoodJudgment)
1. What do you think justice looks like in this case? Do you have enough information to make that determination?
2. What is your opinion of the protests? What is your opinion about the police response to the protesters?
3. What suggestions do you have to help resolve this tense situation?