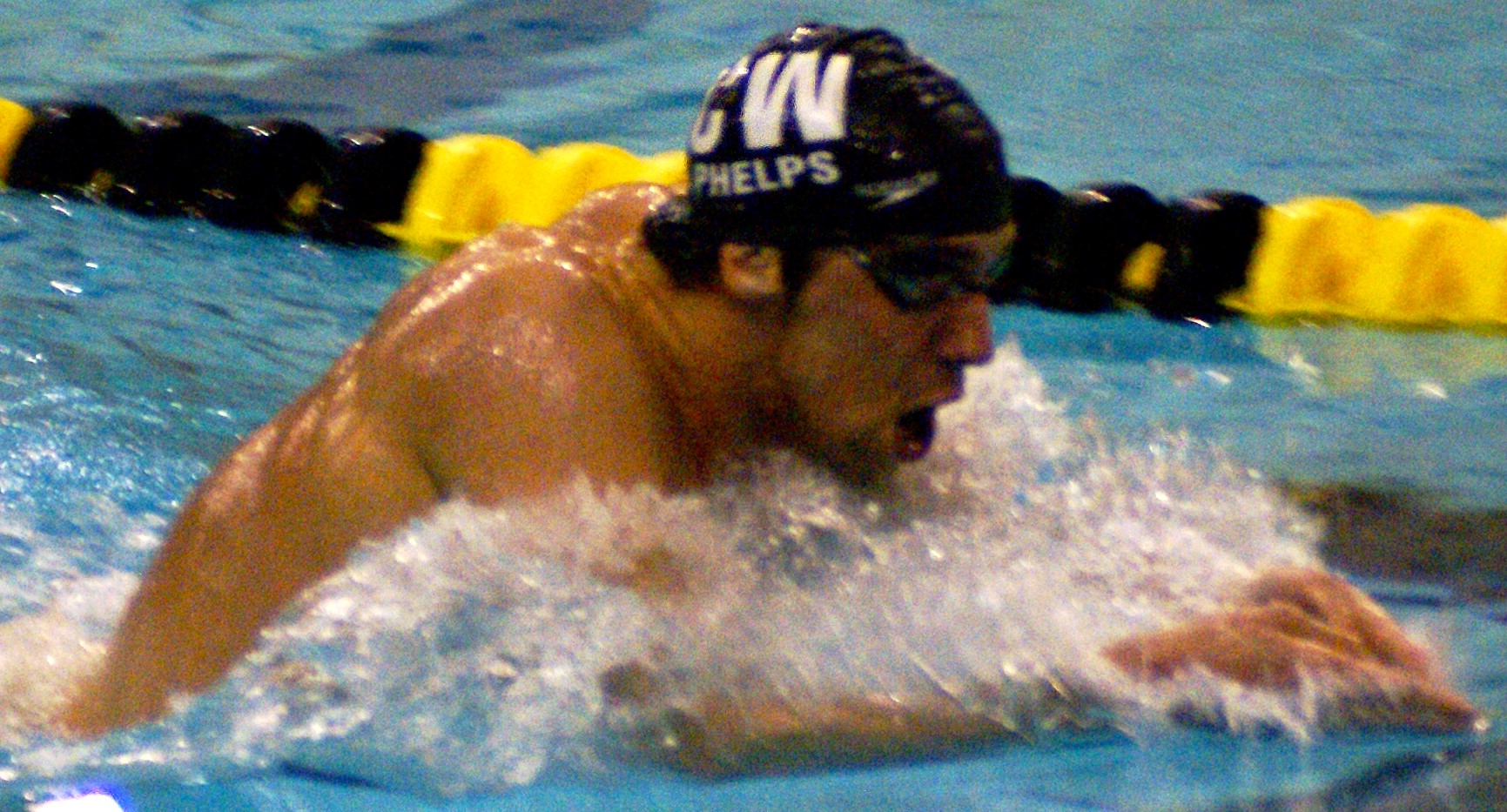 “Not accomplishing a goal, no matter what it is for me, just makes me want it that much more.”

Think about it. The first Olympic Games began in 776 B.C. and were held every four years until 393 A.D. The modern Olympic Games resumed in 1896. And over these hundreds of years, no athlete has won more Olympic medals (28) and gold medals (23) than Michael Phelps. This means that he is the most accomplished Olympic athlete of all time. In the 2008 Olympic Games, Phelps entered eight swimming events and won gold in each event. These were the most gold medals won in one Olympics by a single athlete, ever. From his first Olympic games when he was a 15-year-old high school sophomore, to his most recent in 2016, Phelps has amazed us with his swimming talent and his will to be The Best.

If you think Michael Phelps’ accomplishments have been amazing, you would be correct. However, once you uncover his challenging life journey, your appreciation of him should go through the roof. Michael Phelps was born to Debbie and Michael Phelps in a suburb of Baltimore, Maryland. He was the youngest of three children. At the age of seven his mother signed Michael up for swim lessons simply because she didn’t want him to fear the water. But Michael was not very appreciative. In fact, he despised the water. “I hated it,” Michael said, “We’re talking screaming, kicking, fit throwing, goggle-tossing hate.” Not exactly an auspicious beginning for the future Olympian.

Michael struggled in his early years. He had unusually big ears, large hands and feet, and a tall gangly body. Although these features could be especially helpful for a future Olympic swimmer, they were the cause of continual teasing as a child. “I remember in elementary school I’d have my hat thrown off the bus or I’d get made fun of,” Michael recalled. “In middle school, I remember kids flicking my ears.” In addition, Michael was diagnosed with ADHD (Attention Deficit Hyperactive Disorder). He had an enormous amount of energy and also had trouble focusing in school. In short, besides looking somewhat strange, Michael was the kid who annoyed other children, blurted out answers, and asked endless questions. He struggled with his temper and often cried or threw fits when things didn’t go his way. To make matters worse, his parents separated when he was seven and his father stopped coming around. This young boy was struggling academically, socially, and at home.

For a child who struggled with boundaries, limits and self-control, the swimming pool was a surprising remedy. “The pool was really good for Michael,” his mother explained. “It’s a huge rectangle with boundaries. In a pool, there are only so many places you can go.”  Once Michael got past his initial hatred of the water, the pool became his comfort zone. As Michael put it, “In the water, I felt, for the first time, in control.”

Swimming became Michael’s positive outlet. Not only could he direct a lot of his unfocused energy into swimming, but he also demonstrated early talent. In fact, he regularly competed against kids several years older than himself. Nevertheless, Michael’s ADHD qualities did not go away. They not only showed up in the classroom but also in the pool. As Michael put it, “I was a pool rat, running around, sneaking up behind people, stealing their snacks and goggles, tapping them on the shoulder and running away, and just causing havoc.”

The next big change in Michael’s life happened when he was introduced to a new coach – Bob Bowman – at the North Baltimore Aquatic Club. This man did not tolerate Michael’s characteristic tears, tantrums, and general foolishness. He held Michael accountable and disciplined him accordingly. “If it sounds now like Bob was a trainer, breaking the wild horse that was me,” Michael said, “Well, it is what it is.” Bowman became Phelps’ life-long coach.

Bowman taught Phelps to compete against himself. He showed him that it was not enough to beat his competition. He challenged Phelps to compete against himself, that is, to set and meet split times, set personal bests, and improve each swimming stroke. Bowman taught Michael to use the time between races to set personal goals instead of causing trouble.

This goal-setting became his trademark. Michael set short-term goals for upcoming meets and long-term goals for his future. These goals served as road maps for his future and it informed his work ethic, workout routines and health-conscious choices. At the beginning of each year, Michael would write down his competitive goals for the upcoming year. It was his ritual to only disclose these goals to coach Bob Bowman. The two of them would then design elaborate workout routines to reach those stated goals.

For example, when Michael was 15, he set his sights on making the Olympic Team and winning a medal in the 200-meter butterfly. Although he did make the team and qualified for the finals in this event, he finished fifth. He used this “failure,” as motivation to get better. “Not accomplishing a goal, no matter what it is for me, just makes me want it that much more,” he said after that first Olympic experience. Just a few months later, still only 15 years old, Phelps became the youngest male to hold a world record in swimming.

That was just the beginning for Phelps. In the 2004 Olympics, while still a teenager, he won six gold and two bronze medals. In 2008, he competed in six individual races and two relays, and won gold in all eight. This bettered the mark set by swimmer Mark Spitz who had won seven gold medals in the 1972 Olympics. Of this feat, Spitz remarked, “Epic. It goes to show that not only is this guy the greatest swimmer of all time and the greatest Olympian of all time, he’s maybe the greatest athlete of all time.” In 2012, Phelps won another four gold medals and two silver medals. In his final Olympic games, Phelps was honored by being the flag bearer for Team U.S.A. during the Opening Ceremony and was named a team captain. Phelps did not disappoint. He repaid the team’s faith in him by earning five gold and one silver medal.

Michael Phelps has set 39 different world records over his career. This, so far, has been the greatest number by a single athlete in history. It is no accident. Michael’s unique body and his goal setting had been key. But so had Michael’s workout regimen. It was legendary. By the time he entered high school, Phelps was training five hours a day and swimming 50 miles in a week. As his body matured, he was swimming over 75 miles each week. He worked on all four competitive strokes – the back stroke, freestyle, breast stroke, and the butterfly (his favorite). In the three years leading up to the 2004 Olympics, he missed only one day of swimming, and that was because he had his wisdom teeth removed.

The final piece of the puzzle for Phelps was his motivation. Whenever someone told him he couldn’t do something, he became even more motivated. Phelps was a bulletin board junkie. When a competitor made comments like, “We will smash the Americans,” or “I don’t think he can do it,” Bowman put these quotes on the inside of Michael’s locker. One competitor, Chad Le Clos, was foolish enough to try to stare down Phelps and even shadow-box him before an Olympic event. LeClos promptly lost to Michael.

So, there you have it. Michael had it all. He had the heart, the drive, the focus, the motivation, and the work ethic to push himself every day to become the best Olympic athlete of all time. Today it is still important to remember that Phelps also has been quite human. He has made mistakes and struggled at times. For example, twice Phelps received a DUI after choosing to drive a car after consuming alcohol. He also was photographed using a marijuana bong at a party. Phelps took full responsibility for his actions after each incident. He acknowledged that he had let people down. “I know that driving a car after having anything to drink is wrong, dangerous, and unacceptable. I’m very sorry it happened,” Phelps said. “I learned from this mistake and will continue learning from this mistake for the rest of my life.”

Michael Phelps is one of the 144 “Wednesday Role Models” featured in the Student Athlete Program. This program is designed to improve the character, leadership and sportsmanship of high school athletes. To learn more about this program and how you can implement it in your school: