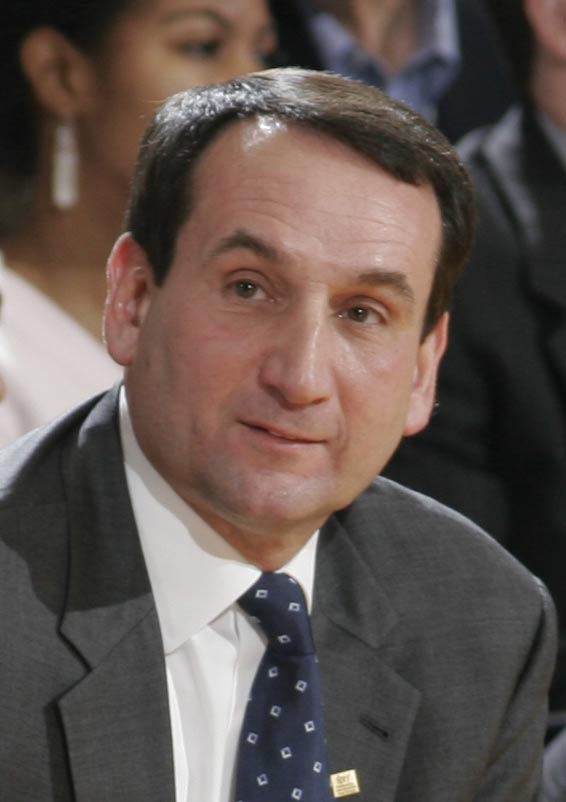 “My hunger is not for success, it is for excellence. Because when you attain excellence, success just naturally follows.”

For the first time in history, professional athletes from each country were allowed to participate in the 1992 Olympic Games. Up until that year, Olympic teams were comprised of amateur athletes.  This change meant that in 1992, the Men’s Olympic basketball team was selected from NBA All-Stars and the team was dubbed “The Dream Team.” As expected, this team won gold, winning their games by an average of 44 points. The 1996 team and the 2000 team also brought home gold. This made sense. The talent in America far exceeded teams from around the world. It was a slam dunk, so to speak. Still, it was clear that other countries were getting better, and in 2004, America failed to win the gold medal in men’s basketball for only the fourth time in Olympic history.

Did America lose because they had inferior talent? This is possible, but most agreed that the NBA superstars were over-confident and lacked the preparation to earn the gold medal. Perhaps the Americans just expected to win based on sheer talent. As individuals, they were stars, but as a team, they lacked cohesiveness and chemistry. The bottom line is that Team USA did not play collectively as a team and it cost them. To address the problem, Jerry Colangelo, director of the national team decided that the problem was not the players, but rather the leadership and the approach of Team USA. Of all the coaches on all the levels of basketball, the name at the top of the list was Mike Krzyzewski, the renowned “Coach K” of the Duke Blue Devils. Larry Bird, a member of the original 1992 dream team echoed these sentiments, saying:

After accepting the position, Coach K’s first order of business was to change the entire approach to the Olympics. He selected players who would make a 3-year commitment to the team, not just drop in for the summer of the Olympics. Coach K believes that this commitment is what builds chemistry and trust on a team. He also changed the climate of the team. He spoke to the athletes about core principles of teamwork, sacrifice and trust. “They need to be superstars on their individual NBA teams,” he explained. “But on this team, they’re not – not one of them is that. There’s not one person who should be dominant. The team is dominant.” He brought in wounded U.S. soldiers to remind the players who and what they were representing in the Olympics. The players bought into this new concept. Kobe Bryant, a player on Team USA said of Coach K, “He’s a great leader. He’s a great communicator. He was very clear on what he wanted from us as individuals to make our collective team greater.” Another player and captain of the team, Jason Kidd said, “Coach K set the tone from day one. Whether it was Kobe scoring 20 or Kobe scoring 2, we wanted to have the most points as a team and show the world the right way to play the game.” Behind the leadership of Coach K and a focused Team USA, America once again took home the gold medal in Beijing, China.  He was invited back to coach the 2012 and 2016 Olympic teams.  With Coach K at the helm, America won three straight Olympic gold medals (2008, 20012 & 2016) and set a standard of excellence.

When not coaching the men’s Olympic basketball team, Coach K could be found in Durham, North Carolina, coaching the Duke Blue Devils. He was a staple at the university for 42 years and his resume is not too shabby. He led the Blue Devils to five national championships, 13 Final Four appearances, and 13 Atlantic Coast Conference (ACC) regular season championships. To top it all off, he retired at the end of the 2022 season with 1,202 all-time wins, the most of any college basketball coach. Because of his outstanding leadership, Coach K received National Coach of the Year honors twelve times. In 2001 Duke University extended him a lifetime contract and even named the court at Cameron Indoor Stadium “Coach K Court.”

In his best-selling books, Leading with the Heart and The Gold Standard, Coach K wrote about his leadership principles. The one that he emphasized more than anything else was relationships, “Almost everything in leadership comes back to relationships.” He was careful to use plural pronouns such as “we,” “our,” and “us” instead of “I,” “my,” and “me.” One of his primary goals as a coach was to create a family environment, and his family includes more than just the players—it includes the entire campus community. Coach K routinely sought advice from people who might be frequently overlooked by other leaders. He relied on his secretary, the school’s sports information director, and the team manager to help him point out potential problems. His inclusive approach is derived from his philosophy that everybody is equal. Simply having the ability to put a basketball through a hoop does not mean that a player is better than someone who cleans the locker room.

Of recruiting players, he said, “We search for good kids with strong character—not necessarily kids with great talent who can play, but great individuals who are willing to be part of a team and are coachable.” No matter how much talent a player has, Coach K did not offer a scholarship if he was disrespectful or rude. Coach K paid close attention to the way a recruit demonstrated respect for his parents. He freely admitted, “If a young man rolls his eyes when his mother asks me a question, I’m not sure I’m going to offer him a scholarship.” He’s been around enough to know that if a student has not learned to respect authority at home, he is not likely to respect other authority figures when he gets to college.

One way that Coach K built team unity was by creating shared goals. Because each team was unique, each team set unique goals. These shared goals did not have anything to do with winning a specific number of games. Coach K believed it was much more important to set a standard of excellence. “My hunger is not for success, it is for excellence,” he explained. “Because when you attain excellence, success just naturally follows.” In other words, winning games and championships was a byproduct of striving to do your best every single day.

“If I teach them well, winning games will be a natural result,” he said. “If my goal had to be only winning games, I wouldn’t be a coach.”

Building supportive relationships based on respect took time. However, once those relationships were in place, Coach K did not hesitate to give honest feedback to his players. As a coach, nothing was more important than being able to communicate openly and honestly with a player at a given moment. “Fellas, I am the truth,” he said. “At any time, I can and will tell you where you stand and how you’re doing. I’ll tell you what you’re doing right and I’ll tell you when you’re screwing up.” If he was successful in establishing a trusting environment, players responded positively to his direct approach. Coach K reminded us that leadership isn’t just about “I love you” and “Let’s hold hands and skip.” Sometimes it required statements like, “Get your rear in gear” and “What the hell are you doing?” As you might expect from a West Point graduate, discipline was an essential part of his success. Coach K said he didn’t understand how discipline had come to have such a negative connotation. “Discipline is doing what you are supposed to do in the best possible manner at the time you are supposed to do it,” he said. “And that’s not such a bad thing.”

Few teams have been able to match Duke’s consistent level of success under the leadership of Coach K. His simple formula of preparation, communication, hard work, practice, and focus built a dynasty at Duke. There is little doubt that he is the driving force behind the reputation Duke basketball has enjoyed for the last quarter century. Former player Christian Laettner agreed: “Coach K has been the one constant excellent thing behind Duke basketball.” In a sports world that regularly shows signs of moral decay, Coach K was a shining example of dignity and honesty. He ran a clean program and talked at length about tradition, pride, and character.

Mike Krzyzewski is one of the 144 “Wednesday Role Models” featured in the Student Athlete Program. This program is designed to improve the character, leadership and sportsmanship of high school athletes. To learn more about this program and how you can implement it in your school: