Miley Cyrus appeared on the 2013 MTV Music Awards on Sunday night. Everyone seems to have an opinion and it has caused more than a little bit of controversy. I am interested in what you think. But, before I ask your opinion, let’s lay out the two opposing viewpoints.

Con: Through most of her teen years, Miley was the star on the hit show, Hannah Montana. Millions of young girls and their families considered her a positive role model. Many of those fans were watching her on the MTV Music Awards. Her performance was vulgar, obscene and in poor-taste. The show is rated for “appropriate for 14 year olds,” and many parents would not agree that her performance was appropriate for their 14 year old children. In addition, this 20-year old girl was “twerking”  with a married man and father of 2 young children. Her desperate attempt to gain attention and become relevant went too far. She will look back on this someday and cringe. 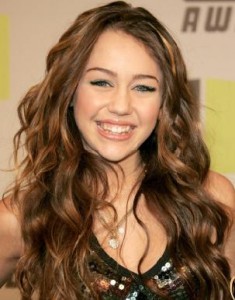 Pro: Miley needed to break from her Disney, “Hannah Montana” image. She has grown up and she is trying to reach new fans that are also older and more mature. MTV probably asked for something shocking and provocative. She gave them what they wanted and more. Besides, the performer (Lady Gaga) before her wore a thong on stage (and the rest of the evening) and no one made a big deal about that. The difference is that Miley Cyrus had a good girl image and some people just can’t handle her transition to adulthood. Finally, if she was looking for attention, she sure found a way to get it. Look at how everyone is talking about her.

Author’s Perspective: I take the 5th on this one and let you’ll hash this one out. I’ll just say that I believe in a capitalist society. Everyone has the right to make a fool out of themselves and the public has the right to decide to buy her music or boycott it. My guess is people will do both, based on their point of view.

Your Turn (follow us & tweet responses to @CDandLeadership using #CDandL):
1) Social Media Question: What is your point of view? Why?
2) Do you think that Miley should still be considered a positive role model for teenagers?
3) If you were a parent, at what age would you allow your child to watch this video? What kind of conversation would you have with them following that performance?
4) If you were Miley’s parents, what would you say to her after that performance?