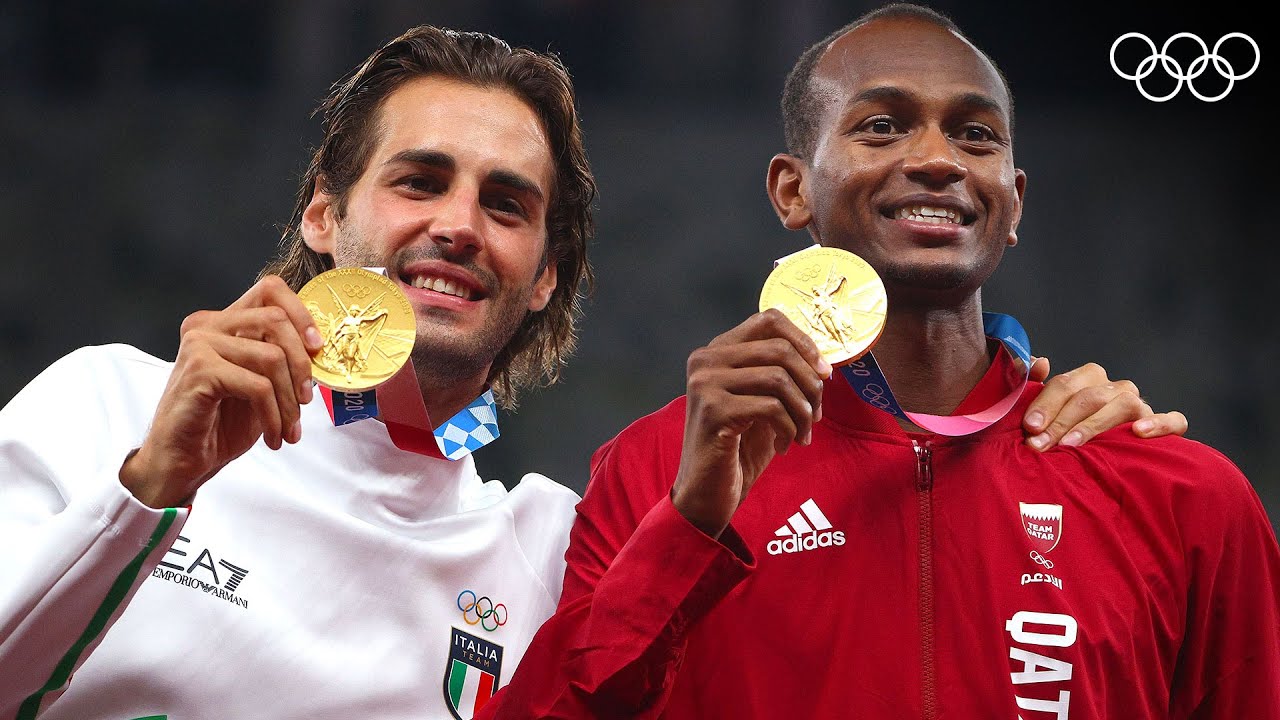 “This is beyond sport. This is true sportsmanship. This is the message we deliver to the young generation. I love that we did something that touched everybody’s heart.”

It was the Olympic games in Tokyo, Japan, July 30th, 2021. Thirty-three long-jump competitors had gathered from around the world to represent their country and possibly win a medal. The conditions were not ideal that day. For starters, it was 104 degrees with high humidity. Because the high jump pit was located within the oval of the track, there was very little cover for the athletes competing throughout the day. Secondly, and maybe more importantly, many high jumpers thrive on cheers from the stands. It is common to see an athlete initiate a rhythmic clap above his head and invite the crowd to join in. When the participation reaches a feverish level, the athlete begins his steps up to the bar and hopefully hurls his head, arched torso, and finally his legs over the bar before landing on a padded mat. However, because of the Covid-19 pandemic, Olympic officials decided to prohibit spectators from attending the games. Therefore, the Tokyo Summer Olympics marked the first time that fans would not be cheering from the stands.

The bar was initially set at 2.19 meters (the equivalent of 7’ 1’’) for all competitors at Olympic Stadium. As the bar was raised throughout the day, more and more jumpers failed to clear the new mark. By the end of the day, 13 athletes cleared 2.28 meters (about 7′ 6″) and qualified for the finals. Two days later, the finals began. As they continued throughout the day, only 10 jumpers cleared 2.30 meters, eight cleared 2.33 meters and only three cleared 2.37 meters. Those three athletes included Mutaz Essa Barshim from Qatar, Gianmarco Tamberi from Italy, and Maksim Nedasekau from Belarus. All three would now compete at 2.39 meters (the equivalent of 7’ 8’’). Success would have tied the Olympic record. Unfortunately, all three failed to leap over the bar in their allotted three attempts. So, now what?

According to the rules, they defer to the number of “faults” or failed attempts. Maksim had missed his first two attempts at 2.35 meters, so he finished third, winning the bronze medal. However, Mutaz and Gianmarco had not failed at any attempt, which meant they were tied for first place. So now what? According to international rules, the jumpers had to advance to a jump-off to determine a winner.

When the Olympic official walked over to the two competitors to explain the next stage of the competition, something completely unexpected unfolded. Mutaz asked the official, “Can we have two golds?” The official began his response, “It is possible, if…” However, the rest of his explanation is inaudible. The reason is now legendary. Mutaz and Gianmarco looked at each other, smiled, and clasped hands. Gianmarco then jumped into the arms of his long-time fierce rival. The two did not exchange words. They didn’t have to. It was a mutual understanding that they would rather share the gold than try to beat the other in a jump off.

Gianmarco proceeded to run to the edge of the track and fall to the ground in sheer excitement. He smiled and he cried. His feelings were overwhelming. At the same time Mutaz ran around pumping his fist in the air. He then went to his coach in the stands and sobbed in his arms. Each man then grabbed the flag of their respective country and ran a victory lap together. Later, during the medal ceremony, they stood together on the gold-level tier, and listened to two, not one, national anthems being played. To the viewers at home, it was one of the most powerful and heartwarming moments ever in sports: Two competitors from different countries, who spoke different languages, and possessed different skin tones, came together in a moment of sportsmanship.

As it turns out, there was more to the story. Gianmarco and Mutaz had been close friends and competitors for the past ten years. Each had had their moments in the sun and, as it turned out, each had endured the same career-threatening injury to their ankles. Gianmarco endured this injury in 2016, a mere 20 days before the 2016 Olympics. Mutaz suffered his injury in 2018. And when everything seemed bleak, each supported the other. This created a bond that went much deeper than two competitors seeking gold. “We were the only two athletes out there who passed through the worst injury that any athlete can pass through,” stated Gianmarco. “I know what it means to be back. He knows what it means to be back. It’s just amazing and to share it with a friend is a miracle.”

Each of these athletes expressed their appreciation for the other in their statements following the medal ceremony.

Mutaz: “To say we’ve been through a lot is an understatement. There were some days where I couldn’t get out of the bed. I needed help just to go to the toilet. There were so many dark nights. He was close to me after my injury, when I came back. He was there for me. He was trying to give me back the confidence to believe in myself. I did the same for him when he got the injury.”

Gianmarco: “This is beyond imagination for me. I sacrificed so much and I know he did the same thing. For the effort I was exerting, I deserved that gold. I know he did the same thing so he deserved that gold. It wasn’t even a question… This is beyond sport. This is true sportsmanship. This is the message we deliver to the young generation. I love that we did something that touched everybody’s heart.”

Sharing a gold medal is relatively uncommon in the Olympics. In fact, the gold medal has been shared only 30 previous times in the summer Olympics and eight times in the winter Olympics. However, in most cases, the gold medal was shared because of a tie in time or points. In other words, those competitors were told that they would have to share the gold medal. However, in the present case, the two competitors elected to share the gold. And by doing so, Mutaz and Gianmarco elevated sportsmanship above competition and friendship over country. Their action inspired millions of people who watched this unfold live on international television, and it quickly became the most celebrated moment of the Olympics that year. It was one of the most emotional and heartwarming moments in Olympic history! For all these reasons, Mutaz Essa Barshim and Gianmarco Tamberi are true role models.

This story is one of the 144 “Wednesday Role Model stories” featured in the Student Athlete Program. This program is designed to improve the character, leadership and sportsmanship of high school athletes. To learn more about this program and how you can implement it in your school: