“Never Give Up on Your Dreams”

“Never Give Up on Your Dreams” 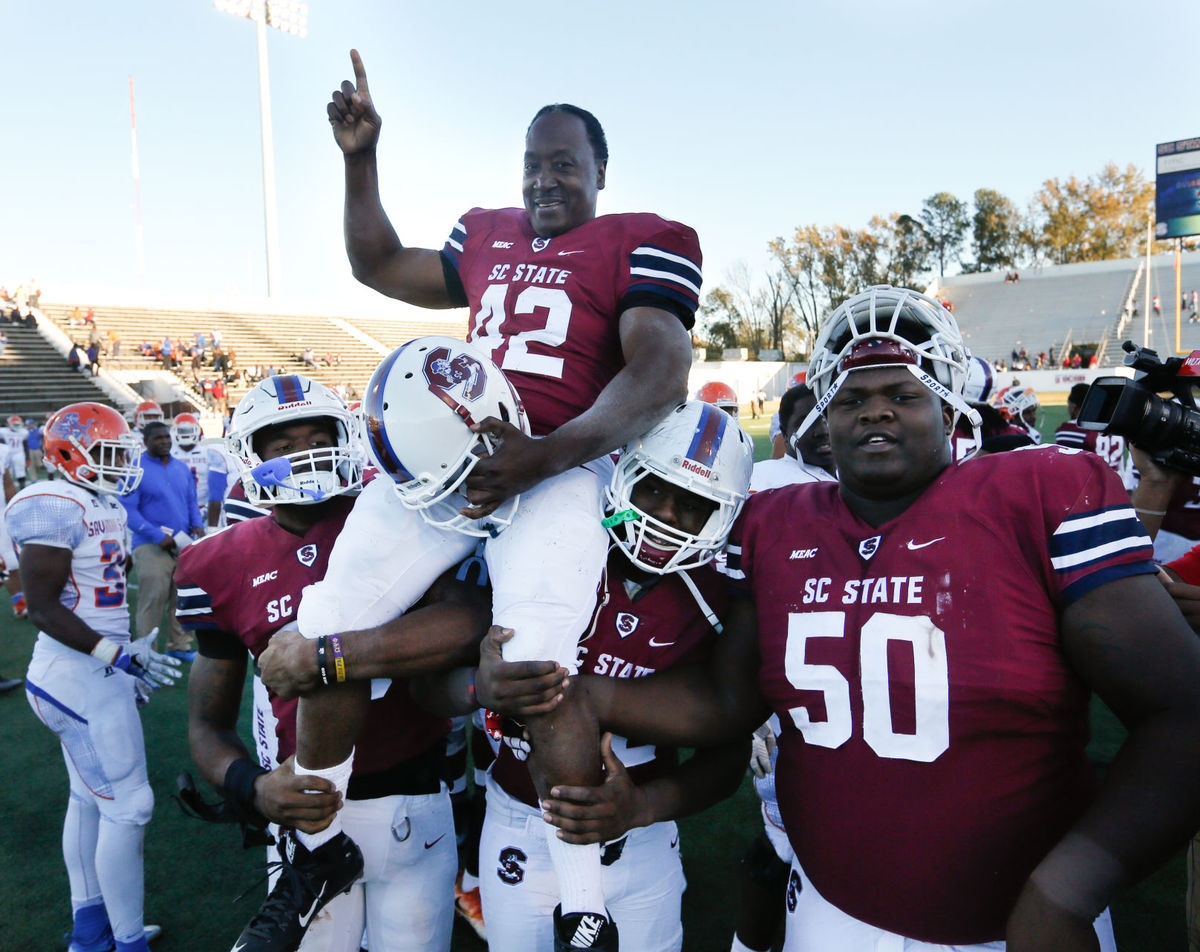 “I’ve been waiting on this dream for 36 years. Thank God it happened today.” Four years ago at the young age of 51, Joe Thomas, Sr., enrolled at South Carolina State University along with his son, Joe Thomas, Jr. The younger Thomas left college early to go pro – now playing for the Green Bay Packers. The younger Thomas, however, just wanted to fulfill a life long dream of playing college football.

Joe, Sr. played some high school football back in the day, but never had a chance to play college ball. He had a learning disability and he didn’t feel confident enough to go down that road. Instead, he had a career in the construction business. He owned his own company and built many homes… until the recession hit in 2008. A few years later he followed in his son’s footsteps and enrolled as an engineering major at SCSU.

Joe, Sr. was an “on again, off again” practice player at SCSU. He was unable to commit more time because, in addition to being a full time student, he also worked 40 hours a week at his job. With that being said, Joe, Sr. held out for his dream of playing in a college football game.

And, on senior day (no pun intended), 55-year old Joe Sr. stepped onto the field with his 81-year-old mother. He was then given the opportunity to get into the game. He was called on to run the ball on four separate occasions in the final game of the year.

It should be noted that Joe, Sr. did not walk off the field under his own power. No, he was carried off the field by his teammates. “I felt like a hero,” he said of that moment. “It was the happiest day of my life.”

Joe’s Perspective: I think we should let Joe, Sr. speak for himself. “Never give up on your dreams. When other people tell you that you can’t do something, don’t listen to them.  You have to drive forward.”

Your Turn: 1) Does Joe Thomas, Sr. motivate you to pursue your goals? 2) What are you goals and how can you accomplish them?