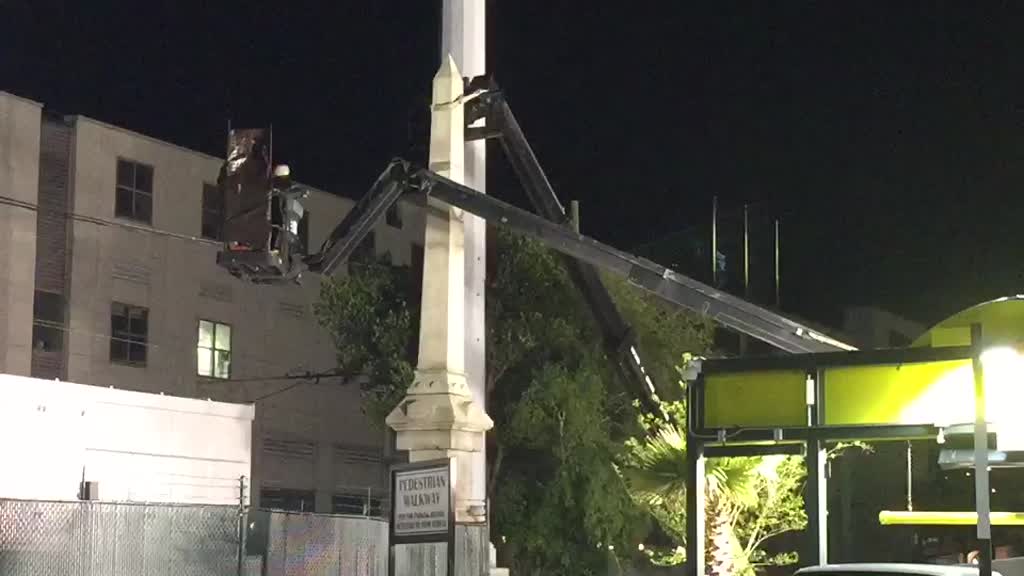 Last week the city of New Orleans removed 4 confederate monuments – one entitled Liberty Monument and the other three to commemorate Generals Robert E Lee, P.G.T. Beauregard and Jefferson Davis (president of the Confederate States of America).  The city council previously voted to take down the monuments, 6-1.  City workers actually had to do the work during the night, wearing bullet proof vests under the cover of police sharp-shooters.

Joe’s Perspective: This is a great civics debate to have in this country. It should be stated that each side has valid points. I also believe it is possible to sit down and hold a calm debate with someone you disagree with on this issue and learn from one another.  This doesn’t always happen unfortunately.  I am going to lay out the arguments on both sides and I am going to ask you what is ethically right to do in this situation.  Finally, I believe there is a solution that can satisfy almost all of the people (99%) on both sides of this argument if people could work together on this issue.

Please note, the Liberty Monument was erected to “commemorate the uprising” after the Civil War when white people attempted to keep people of of color from becoming a part of the political system in the city of New Orleans. It served as a reminder of white supremacy and racism. This monument was moved to a less prominent location in 1989, but there is no debate on this issue. It is bad for the city and its residents. This should have never been built and it certainly should have been removed by a wrecking crane many years ago.  I agree with New Orleans’s mayor, Mitch Landrieu when he said,  “If there was ever a statue that needed to be taken down, it’s that one.”  The following debate will be about monuments all over the south that portray mostly military leaders of the confederacy.

Pro: The Civil War was mainly fought to preserve slavery in the southern states. The generals who fought on the confederate side were protecting an institution that kept men, women and children in chains. This was an abomination that existed for hundreds of years on this continent and thousands of years on other continents. To put up monuments for military officers who fought on the side of the south is wrong. It is like celebrating people who believed in this institution. This is a slap in the face to black people, many of whom had ancestors who were slaves in these cities. And, commemorating Jefferson Davis, the man elected president of the confederacy, is a cruel joke. While it may be a part of “our” history, citizens should not have to look at it on a daily basis, knowing what these monuments symbolized.  King George III is a part of our history too, but we don’t have statutes of him in cities across this country. Why? Because he wanted to rule this land and stop America from ever forming. It would be offensive.  The same is true here.

Con: The very definition of a monument is “a statue, building, or other structure erected to commemorate a famous or notable person or event.” Commemorate is another word for recall or remember. Many Americans don’t know and understand the history of America. Each generation has less understanding of the Civil War – when and why it was fought and who fought. This is a part of “our” history, an ugly part, but still a part of history. We should not take down all of these reminders of our past even if it makes people feel uncomfortable. For if we do, we will travel down a slippery slope. Twelve presidents owned slaves. Many feel we should get rid of all statutes of George Washington, Thomas Jefferson, James Madison… Tear down their houses so no one can visit their homes. Demolish plantations because slaves worked there. Take Andrew Jackson off the $20 bill. Take George Washington off the $1 bill.  Before you know it, we will only be able to learn about our history through books and museums that few people visit.  We will become an illiterate country, not fully understanding our past and not being able to learn from it.