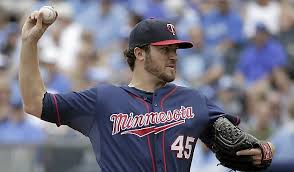 The Story: Despite the dramatic finish to the baseball season (sorry to my friend Mark Wills, who waited 29 years to see KC return to the post-season), I was more struck by another baseball story that occurred in the final week of the regular season.  Phil Hughes, a pitcher for the Minnesota Twins, was pitching his final start of the year against the Arizona Diamondbacks. At the end of the 8th inning, he felt good, his pitch count was low and he had only given up one run.  There was no reason that he couldn’t or wouldn’t finish the game off in the 9th inning.  That is, however, until the rains came, forcing a one hour delay.  A long delay is the worst enemy of a pitcher because it is dangerous to warm up the arm muscles, cool them down and then warm them up again to throw at full velocity. So, as expected, Hughes did not return when the game resumed.

More to the Story: I know, I know… it’s not much of story.  But, what if I told you that Phil Hughes was slated to receive a $500,000 bonus if he pitched 210 innings for the season.  And, what if I told you that he had completed 209 2/3 innings at the end of the 8th inning that day. That’s right, he was 1 out away from earning a bonus worth half a million dollars. When asked about the bonus, Hughes said, “I was very aware of the bonus.” Can you imagine being that close to earning $500,000 and have mother nature interrupt those plans.  Not fair, right?

Social Media Intervenes: The story got legs as most “regular Joe’s” out there felt empathy for Phil Hughes. While most people can’t identify with a $500,000 bonus, they could identify with this feeling of “unfairness” in this scenario. In social media circles, the Minnesota Twins were looking like the bad guy. So management offered to let Hughes pitch a short stint in one of the final two games, which would qualify him for his bonus.  Not a bad gesture from an organization that can easily afford this money.

The Twist: Phil Hughes turns down the Twin’s Offer, saying, “That was very generous and it says a lot about this organization, but given the circumstances, it wasn’t the right thing to do.” In other words, he believes that it would be ethically wrong to put his monetary gains ahead of the team goals. “If this had happened in the normal course of the season… but it is what it is.” He ended his interview by saying, “There’s a lot bigger problems out there,” implying that issues like Ebola, terrorists and upcoming elections are more pressing than a millionaire baseball player losing out on some more cash.

Author’s Perspective: I think everyone did the right thing here. The fans displayed empathy, management showed compassion and Phil Hughes displayed humility and selflessness.  Look at all of those character traits in one story.  It just had to be a blog. I just want to one-up everyone with this suggestion – how about donating the $500,000 bonus to charity?  Generosity is a pretty good trait too.

2. Do you think everyone did the “right thing” in this situation or could someone have done something different?