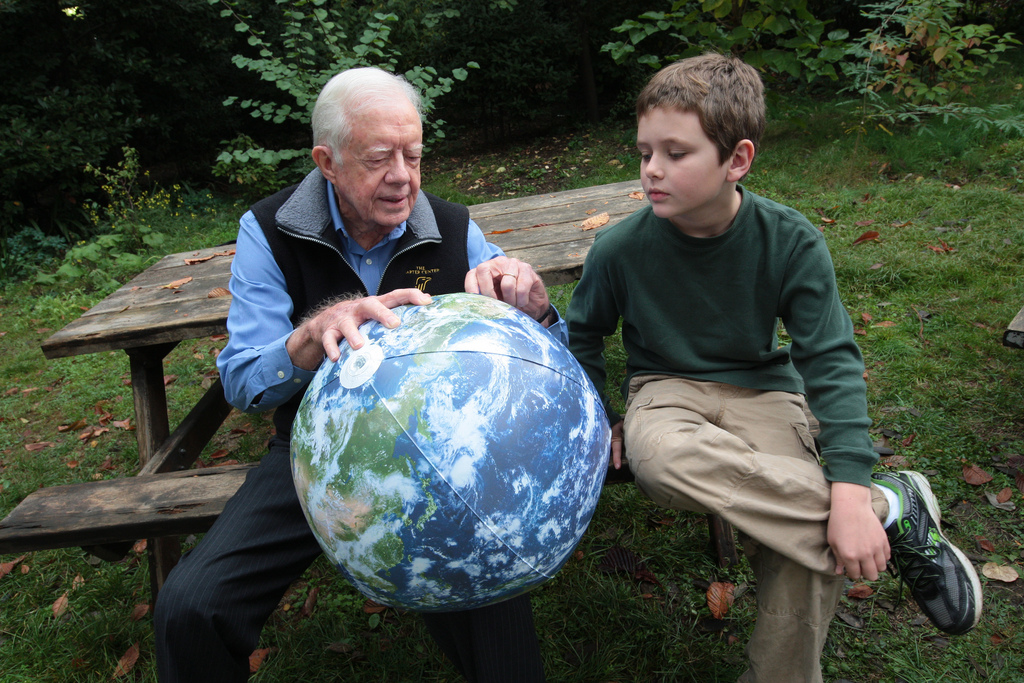 Jimmy Carter, the 39th President of the United States, has spent a majority of this post-presidency addressing world-wide civil rights. Most recently, he has written a book called, “A Call to Action: Women, Religion, Violence and Power. He believes that, “The existing abuse of females is the worst, and most pervasive, and unadressed human rights violation on earth.” His position is that all religions discriminate against women to various degrees. In some parts of the world, this leads to abuse, rape and even mercy killings and in America it sometimes means women can’t be priests, deacons or viewed as equal with men in the church. President Carter believes this leads to inequalities at home and in the workplace. Most recently, he left the Southern Baptist Church because religious leaders at their annual convention voted to, “require women to graciously submit to their husbands,” and not allow women to serve as ministers or deacons. In response, President Carter said, “I feel I can no longer in good conscience support these ideas.”

For further reading on this, go here.

Joe’s Perspective: I understand that this is a controversial subject and everyone has personal and religious beliefs tied to such a topic. For me, personally, I am pleased to see President Carter take such a strong stand on this issue. I believe that most or all religious texts were written by men hundreds and even thousands of years ago. Therefore, I believe these texts are biased towards men with inherent beliefs about the role and position of women. These writings directly and indirectly influence how females have been viewed and treated worldwide. On this topic, I side with compassion and tolerance rather than traditions and biases.

If it’s time for the NFL to examine how their viewpoints influence the way men treat women in this society (something I wrote about extensively on in 2014 (https://characterandleadership.com/blog/no-more.html), I also believe it is time for various religions around the world to do the same.

1. Do you believe that religious teachings and scriptures have influenced laws, policies and societal viewpoints of women?

2. What is your opinion on this topic? Should religions change? If you were the head of the Southern Baptist Convention, the Catholic Church or Muslim religions, how would you vote?