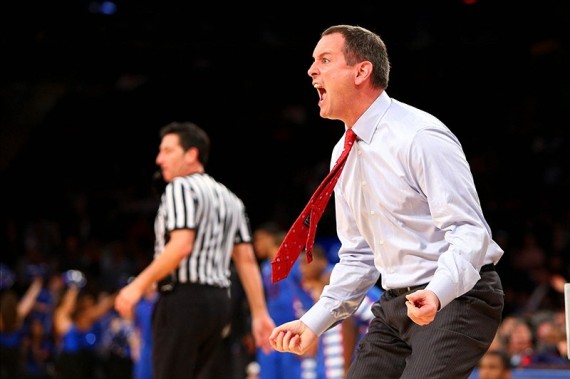 Eric Murdock, a former assistant basketball coach at Rutgers University, complained about the abusive coaching tactics of head basketball coach Mike Rice and spliced together a compilation of these abuses for athletic director, Tim Pernetti, in December, 2012. The video documents Coach Rice kicking players, pushing players, man-handling players and throwing basketballs at players as well as berating and verbally abusing his players on a regular basis.

In response to this video, Pernetti decided to suspend Coach Rice for 3 games, fine him $50,000, mandate anger management and put him on a zero tolerance contract. In other words, he was giving the coach a second chance and hoping to rehabilitate him.

On April 1, 2013, the video was released to ESPN and featured on Outside the Lines. The video went viral. Everyone condemned the coach’s behavior and called for his job. The president of Rutgers was shown the video and he told the athletic director to fire Coach Rice. Rice was fired on April 3.

Author’s Perspective: I believe in second chances and in rehabilitation – I guess I am flawed that way – but when the offense is this egregious, I believe a person should be fired. Even though this is the first time the administration was made aware of the situation, it is not a first-time offense. He didn’t just lose his temper once or push a kid once. This video demonstrates that uncontrollable anger is a part of his make up and his character. I might believe in second chances, but not at that university and not with those students. He can get a second chance as an accountant.

It is not okay to physically or verbally abuse others. If a teacher did what Coach Rice did, the administrators should fire the teacher. If a parent exhibits that kind of behavior, Child Protective Services should take away that person’s right to parent until significant changes can be made. Exceptions should not be made in sports or other professions. Wrong is wrong and it doesn’t depend on… The actions of former Coach Rice were wrong, and he knows it.

Your Turn: 1) Do you think Coach Rice should have been fired? Why or why not?
2) Every tweet from an NBA player basically says, “If he would have done that to me, I would bust him up.” Why didn’t even one player stand up to the coach? Why didn’t the players band together and report this to administration?
3) Remember, it’s easy to point fingers, but we all have character flaws to various degrees. If your greatest character flaw was put on video for the world to see, how would people respond? Are you strong enough to get help if you have a problem or do you need to be mandated before you would do so?