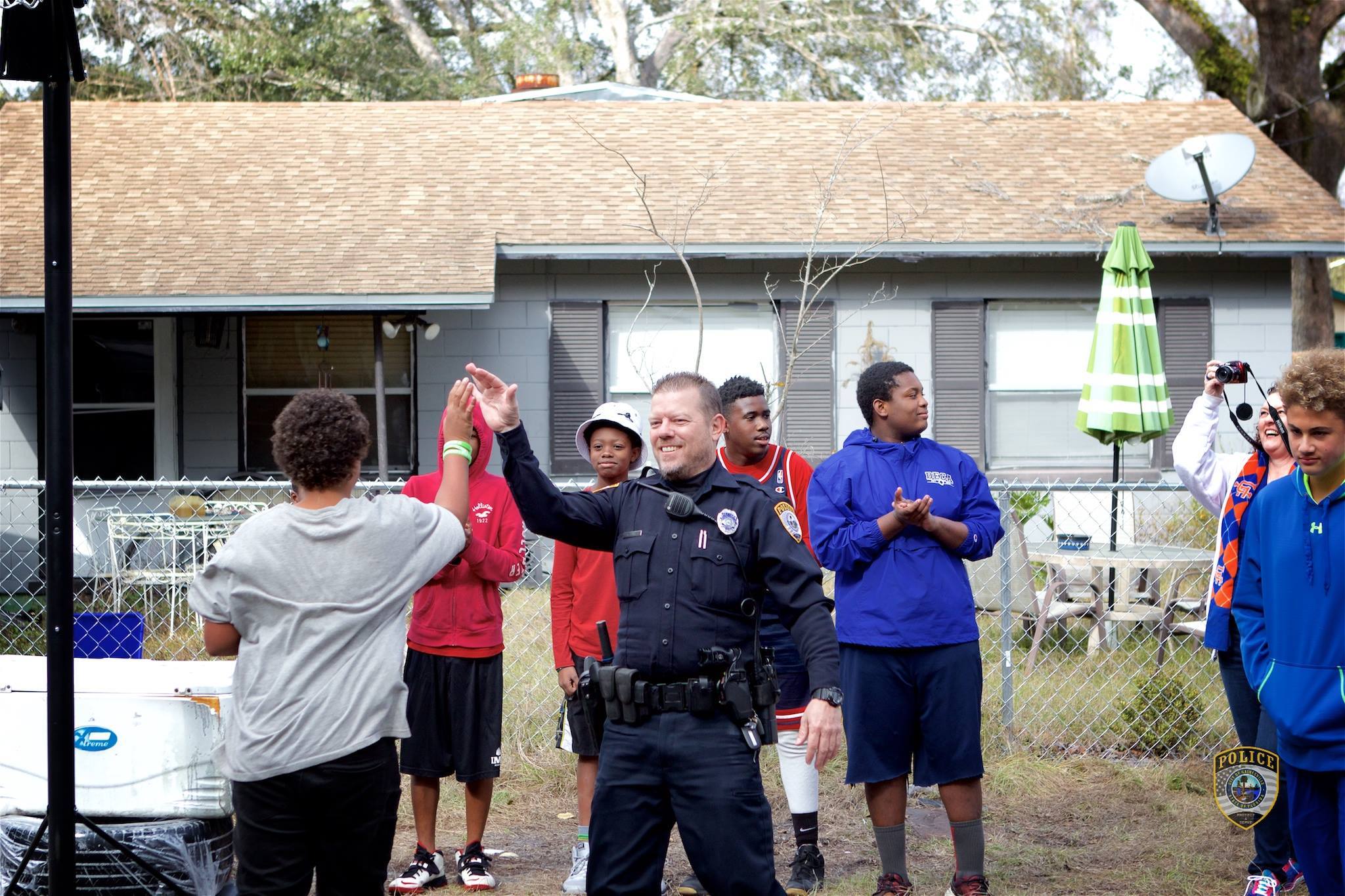 A police officer named Bobby White, received a call about “disruptive kids playing basketball too loudly in the street.” Officer White responded to the call and arrived on the scene. Instead of lecturing the boys about respecting their elders or threatening to take them to jail for disturbing the peace, he said, “Someone called complaining about kids playing basketball in the streets. Can you believe that? Obviously, I ain’t got no problem with it.” He then picked up the basketball and started playing ball with them. He gained the trust and respect of the kids… and told them that he will be back the next day with “Back up.”

What Officer White didn’t know was that NBA Hall of Fame player Shaquille O’Neil, a local resident, was introduced to this video and wanted to play a role as a surprise “back up,” for his return visit. Shaq preceded to play basketball with the resident boys and members of the police department. He took pictures with the kids and signed autographs. He went on to provide $100 to any boy who could make a shot from the edge of the road (a.k.a. the free throw line). He then left them with these words of wisdom, “stay out of trouble… listen to your parents… respect your elders… you can be anything you want to be…be a leader and not a follower…

Joe’s Perspective – A Proper Response: In an era when videos regularly surface about white cops mistreating black individuals harshly, here is a great example of what happens on a much more frequent basis without any notoriety. The initial reaction of the kids when Officer White pulled up was fear, uncertainty, and mistrust. It seemed like the kids were conditioned to not trust the police. Their guard was up. After Officer White began playing ball with them, other kids came out of their houses. He broke down the stereotypes of the cop who doesn’t care.

Joe’s Perspective #2 – Building Relationships: I believe Shaquille O’Neil understands the distrust of police officers from the black community. He also understands that police officers get a bad wrap due to the behavior of a few officers. Based on this, he wanted to showcase this positive interaction with the police in order to build trust between the police force and the Gainesville community. His presence did just that… and at 7 feet 2 inches, he has a big presence.

Joe’s Perspective #3 – Inspiring Kids: Shaq did not miss the opportunity to leave a lasting impression on the kids. And, yes, it’s cool to play ball with Shaq, but I think the lasting impression is the words. He asked the kids to repeat, “I will become whatever I want to be…I will be a leader and not a follower…I will respect me peers, my elders and especially my parents.”