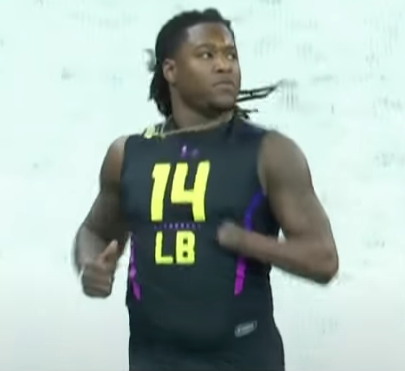 Shaquem Griffin is a senior at the University of Central Florida. He played on the football team that went 13-0, including a 34-27 Peach Bowl victory over the Auburn Tigers. Griffin was an outstanding linebacker on the team. In his four years at UCF, he had 17 sacks, 30 tackles for a loss, 163 total tackles, 13 passes defended, four forced fumbles and two interceptions. He was actually named the defensive player of the year for the American Athletic Conference.

Despite this impressive resume, he was a late invitee to the NFL Combine. It took a standout performance at the Senior Bowl to garner the attention of the NFL. The main reason for this oversight is doubt.

You see, Shaquem only has one hand.  While in the womb, his hand got wrapped by certain tissue, causing very little blood flow to his left hand. This condition is called amniotic band syndrome. At the age of 4, he had little choice but to have his hand amputated. But, as you can see, this disability did not stop him in the least.

Shaquem shocked everyone at the combine. He started by benching 225 lbs. 20 times. He then ran a record-breaking 4.38 seconds in the 40 yard dash. Sense they began keeping official times, no linebacker has ever ran that quickly.  Sqaquem is projected to be drafted in the 3rd or 4th round of the upcoming NFL draft. Watch the first 4 minutes of the following video:

Joe’s Perspective: When I began researching this story, I was surprised by so many of the tweets by professional football players who all basically said they wanted to play with this guy. Very few were saying they want to play with Heisman Trophy winner, Baker Mayfield. This tells me that grown men can still be inspired. Indeed, they want to be inspired. They understand that a person’s grit can be infectious for the entire locker room. Determination beats arrogance. I think that is a lesson we should all learn.

Your Turn: Tell us what you think of Shaquem Griffin and his accomplishments.