If you’re in high school, there is a good chance that you don’t know who Woody Allen is. To be truthful, I think the percentage is pretty low among people from my generation who could name 3 movies he directed or starred in. I remember him more for his offbeat quotes than for him movies. He’s an awkward looking guy who talks real fast and wears his trademark big frame glasses.  Still, Woody has written and directed 40 films and he has been in show business for over 50 years.  He has been nominated 24 times for an Academy Award and has won 4 of them (Oscars).  Last week he received the Lifetime Achievement Award at the Golden Globes. 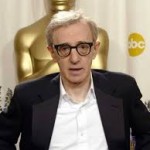 The next day, Woody Allen’s adopted daughter, Dylan Farrow wrote an open letter to the New York Times. In her letter, Dylan reminded Hollywood and the world that Woody Allen allegedly sexually assaulted her when she was 7 years old. Dylan writes, “That he got away with what he did to me haunted me as I grew up.” She is referring to a case that was investigated in 1992. It was a messy case that involved an allegation of sexual abuse. The lead investigator on the case, Frank Maco found ‘Probably cause” to charge Allen but decided against prosecution partly to avoid a traumatic trial for the 7-year old girl.

As you might imagine, Woody Allen’s lawyer had much to say the next day.  In particular, he emphasized that after a thorough investigation, Allen had never been charged or convicted of any crime. He asserts that a 6-month investigation was conducted by the Yale-New Haven Child Sexual Abuse Clinic and concluded that, “Dylan had not been abused.” Allen’s attorney further asserts that it was Dylan’s mom (Mia Farrow) who implanted this memory in Dylan’s head and consequently Dylan is incapable of differentiating between reality and fantasy. In other words, Mia Farrow, in her rage to get back at Woody for an affair he was having with another one of her adoptive daughters ( 19 year-old Soon-Yi Previn), she made up a story about Woody raping his 7 year old daughter and coached Dylan to make these false allegations.

Pro:Can you imagine if Woody Allen did these things to his adopted daughter? And, he is still living his life – married, acting, directing and receiving awards? After sexually assaulting a little girl, he is being cheered and honored for his lifetime achievements. If so, can you imagine how Dylan must feel?

kristof.blogs.nytimes.com/2014/02/01/an-open-letter-from-dylan-farrow/ (What if what she writes is true?)

Con: Can you imagine if Woody Allen is innocent? What if all of these allegations are false? Maybe he’s just a loving father who has been kept away from the daughter that he loved? Maybe his is tormented by these allegations? Maybe he is the victim here? Shouldn’t Hollywood be allowed to show gratitude to one of their great directors? One who has never been charged with a crime?

www.nytimes.com/2014/02/09/opinion/sunday/woody-allen-speaks-out.html (What if what he writes is true?)

Your Turn (1) respond below, (2) comment on Facebook page (character development & leadership) or (3) tweet to @CDandLeadership using #CDandL):
Social Media Question: Do you believe that Hollywood should provide lifetime achievement awards to Woody Allen? Why or why not?