Should Prayer be Allowed in High School Sports?

Should Prayer be Allowed in High School Sports? 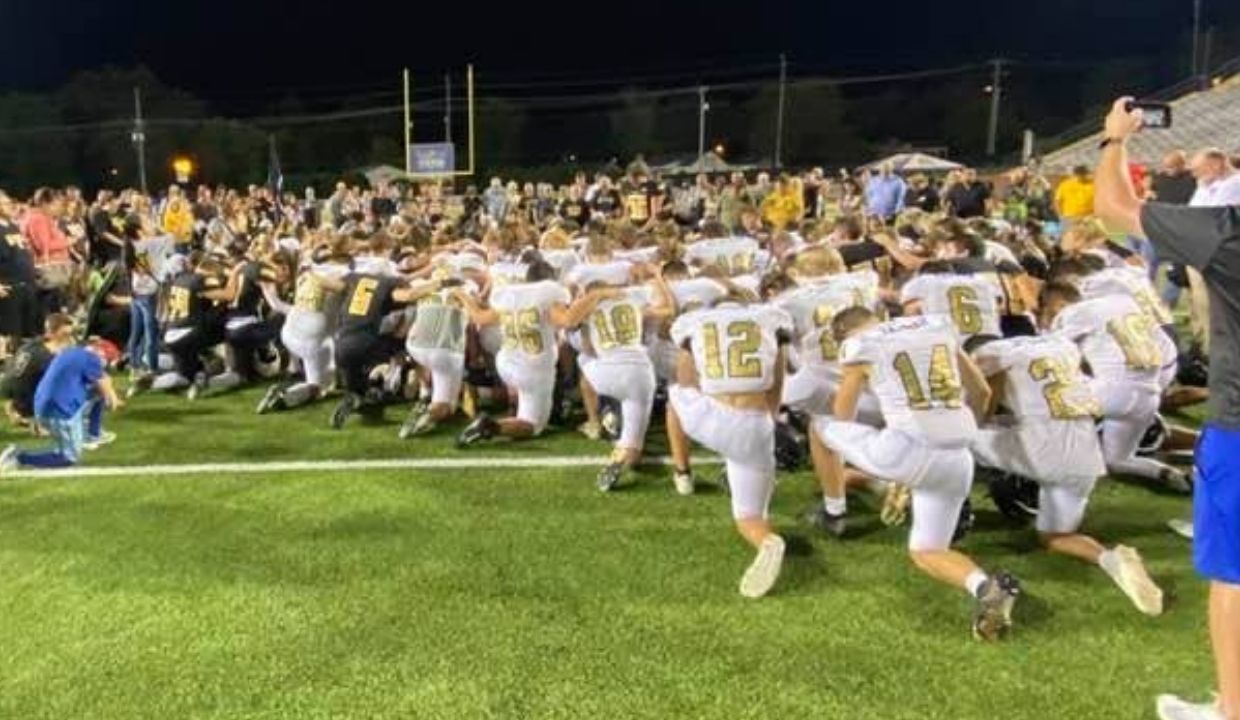 For as long as people can remember, coaches at Upperman High School in Tennessee have been leading the team in prayer before football games. It has been a strong tradition and an accepted part of life.

At the beginning of this school year, the Americans United for Separation of Church and State complained about “several instances of prayer and proselytizing at events at Cookeville and Upperman high schools,” Administrators from the school district contacted the schools’ attorney, who informed them that the law about cases such as this one is clear: “Courts have consistently ruled that prayer and proselytizing can not be sponsored by schools or school personnel.” So, the county directed all coaches to refrain from leading the teams in prayer.

On Friday night, the students decided that they would lead the team in prayer. So, the players and cheerleaders from Upperman and Cookeville High School united on the field to pray. Parents also joined the athletes on the field to show their support.

Joe’s Perspective: I never had a coach lead me in prayer or had prayer as a part of our team. I can’t remember any team in our high school praying either, although I assume that some students prayed individually. I certainly understand the separation of church and state and the importance of religious freedom. However, I think if teams/players/coaches are in favor of praying, I don’t think outside groups or lawyers should be able to keep people from praying. It is a first amendment right and therefore protected in our constitution. So, I am proud of the students for taking a stand (or a knee).  My guess is that students have opted out of team prayers for a variety of reasons over the years and my guess is those reasons have been respected by coaches.

Your Turn: What say you on this subject? Should coaches be allowed to lead teams in prayer?