Should Students Be Required “Pledge” their Allegiance?

Should Students Be Required “Pledge” their Allegiance? 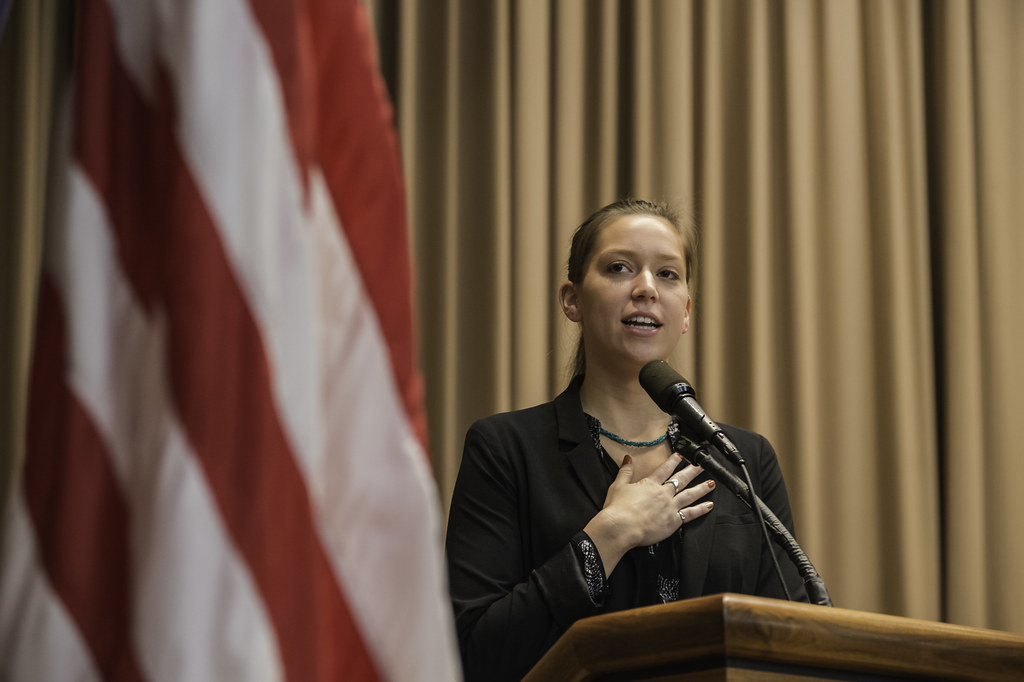 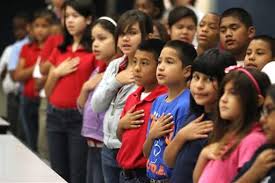 I recently visited a high school and was somewhat surprised to be asked to stand and recite the Pledge of Allegiance prior to the reading of the daily announcements. I stood, struggled to find the flag in the room, put my hand over my heart and recited the following words from memory,

“I pledge allegiance to the flag of the United States of America and to the Republic for which it stands, one nation under God, indivisible, with liberty and justice for all.”

I probably shouldn’t have been so surprised, given that no less than 47 states have legislation that requires schools to set aside time for the Pledge and some states mandate that students must recite the Pledge.

Brief History: The Pledge of Allegiance was written in 1892  by Francis Bellamy to commemorate the 400 year anniversary of Christopher Columbus “discovering” America. It has been tinkered with over the years, but the controversial change came in 1952 when Congress added the words, “under God. ” The last official ruling from the US Supreme Court came in 1943 when the Court ruled that “requiring a person to say the pledge is violating the first and fourteenth amendments.” There is an expectation that someday a case will be heard by the Supreme Court on the legalities of the words, “under God.” To date, no state or superior court has ruled against this phrase.

Case #1: Mason Michalec, a sophomore in a suburb of Houston, Texas was suspended by his principal for not standing and reciting the Pledge of Allegiance. His reasons are not religious, but are based on his opinions of the government and their policies. He says, “I’m really tired of our government taking advantage of us,” Michalec said. “I don’t agree with the NSA spying on us. And I don’t agree with any of those Internet laws.” According to a letter from the principal, he will be suspended an additional 2 days each time he does not recite the Pledge.

Case #2: Chelsea Stanton, a student at Collingswood High School in New Jersey refused to stand for the Pledge of Allegiance based on religious principle. She stated that she could not stand for something that did not respect her and her atheist views. She was suspended, but it was later over-ruled when the district discovered that the student code of conduct was not in line with state statute.

Author’s Perspective #1:  My main thought is that the laws and statutes on this are confusing for everyone involved. The U.S. Supreme Court says you have the right to not recite the Pledge yet almost all of the states mandate that schools set aside time to recite the pledge. So, when a school enforces a student handbook code to have students recite the pledge, they are just doing what the state politicians require. Of course, when a student refuses to stand or recite the pledge, they have the laws of the land supporting their decision. Seems confusing. I would advocate that the U.S. Supreme Court hear one of these cases so everyone has a clear understanding.

Author’s Perspective #2: I am a patriot and and I think it is important for members of this nation to express their patriotism. Even if I don’t agree with our government on many fronts, I still think democracy and our constitution grant us many rights that are not granted in most nations. I feel good about that. Still, the older I get, the more I tend to fall on the side of civil liberties and individual freedoms. So, to me, I find the solution very simple. Have schools take time to lead students in the Pledge, but students should have the right to respectfully not participate.

1.Does your school set aside time to recite the Pledge of Allegiance? If so, what does it mean to you? What would happen to you if you decided not to stand or recite the pledge?

2. Do you think students should recite the pledge? Be specific about why or why not?

3. If about 80% of our country believes in a Christian God, do you think roughly 20% of the country should be able to get the words, “Under God,” taken out of the pledge?  Why or why not?