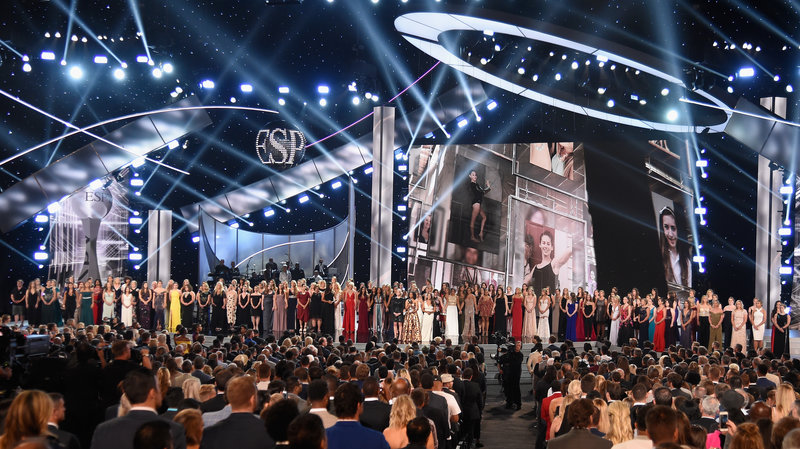 You are the most vile disgusting creature I have ever met. ‘Scum of the earth’ is too high of a title for you. I hope you realize that you will not have any power over anybody for the rest of your life. Standing in this courtroom today and having my voice heard is a huge step in my healing process.  I know that my story will help to prevent this from ever happening again because it won’t. It can’t.

Without my knowledge or consent, I had engaged in my first sexual experience by kindergarten and had joined an overwhelming statistic of sexual abuse victims. You used my body for six years for your own sexual gratification. That is unforgivable. Perhaps you have figured it out by now, but little girls don’t stay little forever. They grow into strong women who return to destroy your world.

Larry, you do realize now that we, this group of women you so heartlessly abused over such a long period of time, are now a force and you are nothing. The tables have turned, Larry. We are here. We have our voices, and we are not going anywhere. All these brave women have power and we will use our voices to make sure you get what you deserve—a life of suffering spent replaying the words delivered by this powerful army of survivors.

In a Circuit Courtroom in Lansing, Michigan, 156 women read Victim Impact Statements. They were there to face down the man who sexually abused them. Despite the difficulty of being in his presence, these women spoke with conviction. They spoke with strength. They spoke with courage. They are collectively known as Sister Survivors.

The vast majority of these sexual abuse survivors were gymnasts. Some of these women were Olympians with gold medals. Others were local gymnasts who had the misfortune of having a world-renowned doctor practicing in their hometown. Still, others were collegiate athletes at Michigan State University. Because the peak age of being an elite female gymnast is 15-17 years of age, many of these victims were young. The youngest victim on record was six years old when the abuse began.

The consequences of their sexual abuse were devastating and continue to be. This doctor left a long-lasting scar on their lives. Many are self-conscience about their bodies. Many have trust issues and have had difficulty forming positive relationships. Many are taking prescription drugs for anxiety, PTSD, panic attacks, and depression. Counseling and psychiatric care have been the norm for the Sister Survivors because guilt, self-blame, and confusion have been par for the course. Several victims have attempted suicide and at least two people ended their lives before this trial began.

The main perpetrator of all this pain is one man, Larry Nassar. Nassar was an associate professor of Sports Medicine at Michigan State University who had served as the team doctor for MSU’s gymnastic team. He worked locally at Twistars, a training gym for aspiring gymnasts, and at Holt High School. From 1996-2015, he was the national team doctor for USA Gymnastics. Nassar was widely considered the best gymnastics doctor in the world. He was a “miracle worker,” who had the reputation of being able to diminish any pain and get gymnasts ready for any meet. He was the “body whisperer.”

Nassar was also a sexual predator who sexually assaulted hundreds of female athletes under the guise of medical treatment. This case is widely accepted as the largest sexual abuse scandal in history. One hundred and fifty-six women provided victim impact statements at his trial in 2018. To date over 450 females have come forward to declare that Nassar sexually abused them. This chapter is far too brief to fully answer the question of how this man was able to get away with this behavior for 28 years (1992-2016). Still, it is important to provide some context and understanding. The simple answer is that Nassar misused his status as an acclaimed doctor to violate female athletes.

Nassar established himself as the go-to doctor for female gymnasts. He developed alternative techniques to help injured athletes recover and compete in upcoming meets. Basically Nassar alleged that muscle tension in parts of the body could be alleviated by releasing muscle tension in the pelvic region. He used fancy words like “pelvic-floor physical therapy,” “cupping,” and “intravaginal adjustment.” He also developed training videos, created PowerPoint presentations, and published research on the topic. Many of the girls he violated naively viewed it as “the treatment.”

Nassar had built up so much credibility and trust that when accusations of sexual abuse were made, he and his associates easily fended them off. This happened again and again across his 28 years of sexual predation. The first allegation was reported in 1992 by Erika Davis, an MSU field hockey athlete. In 1997, a parent of a young gymnast spoke up. Later that year, 16-year-old Larissa Boyce complained to her MSU gymnastics coach. In 1998, 6-year-old Kyle Stephens told her parents. In 1999, an MSU cross-country runner reported Nassar to staff members. In 2000, Tiffany Thomas Lopez informed three university athletic trainers. In 2004, a 17-year-old scoliosis patient, Brianne Randall, reported an incident to the local police department. A decade later, in 2014, MSU cheerleader Amanda Thomashow made a report to the MSU Sports Medicine Clinic.

For 28 years, the victims had told their coaches, parents, physicians, gym owners, therapists, and local police. In some instances, investigations were completed, but not a single charge was filed against Nassar. The complaints commonly were turned back onto the accusers. The responses of the authority figures to whom the complaints were made included “medically appropriate,” “patients were confused,” “no crime was committed,” “would not be able to sustain a burden of proof,” “not sexual in nature,” and “they weren’t remembering right.” All the while Nassar continued in his multiple roles at MSU, with USA Gymnastics, and in the local community. He also continued abusing girls; hundreds of them.

The beginning of the end came in 2016 when the Indianapolis Star published an ongoing investigation into sexual abuse inside USA Gymnastics. One of the individuals reading the story was a former Olympic hopeful named Rachael Denhollander. By then, Denhollander was a home-schooling mother, but she had documented her abuse in her diary 16 years earlier.

“This is it,” she thought. “If it’s ever going to happen, this is it. It’s going to happen now.” She took the first step by sending an email to one of the reporters at the Indianapolis Star.

A few days later a national champion gymnast reported her own story of abuse. Next up was Jamie Dantzscher, a member of the 2000 U.S. Olympic team. Denhollander felt empowered by the corroborating stories and filed a complaint about what happened to her when she was 15 with the MSU police.  The police officer who answered the phone was Andrea Mumford and Mumford was a highly-trained detective with regard to sexual assault. She consulted with other officers who had recently closed the 2014 Thomashow case. Nassar was brought in for questioning. Mumford asked tough questions, found inconsistencies, and challenged Nassar on his so-called “medical treatments.”

The Nassar house of cards began to crumble. In September of 2016, Nassar was fired by MSU and released from his duties by USA Gymnastics. In December, police found 37,000 pornographic images on his computers’ hard drives. In January of 2017, 18 women filed a lawsuit in federal court against Nassar. On July 11, Nassar pled guilty to child pornography charges and, on November 20, he pled guilty to seven counts of first-degree criminal sexual misconduct.

In January of 2018, Nassar walked into an Ingham County courtroom in handcuffs and a standard-issue prison uniform. He sat in his chair and listened to the voices of courageous women who were taking back their lives. It took eight days for 156 women and various family members to address the court. On January 24, Judge Rosemarie Aquilina sentenced Larry Nassar to 175 years in prison.

“It was not treatment. It was not treatment that you did. It was not medical,” Aquilina emphatically stated. “Your decision to assault was precise, calculated, manipulative, devious, and despicable.” The judge affirmed the stories from the Sister Survivors and referred to them as an “army”  — an army for good.

The Sister Survivors did not stop with the conviction of Nassar. Many talked about the cultures at USA Gymnastics and at MSU that allowed a predator to flourish for so long. “These institutions are diseased. They need to recognize that they are diseased,” declared Kyle Stephens. “They need to clean house.”  Shortly thereafter, MSU’s President and Athletic Director resigned as did the CEO of USA Gymnastics. Trustees and board directors have since been replaced and faculty members fired. Many of these individuals have been indicted either for not listening to those who complained or for lying to investigators.

ESPN honored the Sister Survivors by presenting them with the Arthur Ashe Courage Award at the 2018 ESPY Award Show. With the world watching, 141 women walked on the stage and held hands in solidarity. In their acceptance speeches, Sarah Klein began by saying, “Make no mistake. We are here on this stage to represent an image for the world to see – a portrait of survival, a new vision of courage.” She continued, “If one more victim of sexual abuse feels less alone tonight, then our suffering has meaning.” Olympic gymnast Aly Raisman ended the evening with: “To all the survivors out there. Don’t let anyone rewrite your story. Your truth does matter. You matter and you are not alone.”

Sister Survivors are one of the 144 “Wednesday Role Models” featured in the Student Athlete Program. This program is designed to improve the character, leadership and sportsmanship of high school athletes. To learn more about this program and how you can implement it in your school: