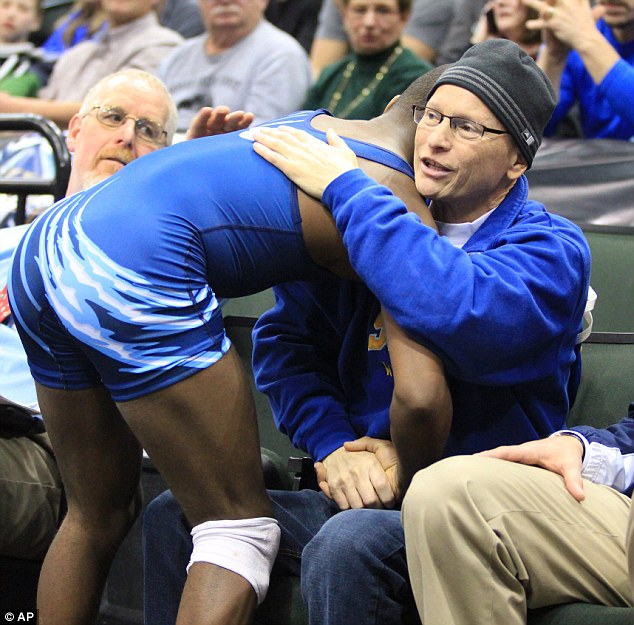 Mitchell McKee, a 15-year old freshmen discovered that his dad had terminal cancer and that he would undoubtedly die from this dreaded disease sooner rather than later. In an effort to take the pain away, even for a moment, Mitchell set a goal to win the state championship in wrestling as a sophomore. Fast forward 9 months and Mitchell found himself in the finals of the 120 lb. division of the Minnesota State Wrestling Championships. His opponent in the finals was Malik Stewart.

The match didn’t last long. In less than a minute, Mitchell pinned Malik to win the title. After shaking hands with Mitchell, Malik ran straight to his opponent’s father. Malik shook his hand, embraced him and told him to “stay strong” and “everybody loves you.” Noting the positive example of sportsmanship, the crowd erupted in applause. Of that moment, Malik said, “I just did it straight from the heart.” Mitchell watched the entire exchange in awe and later reflected, “It was a really big match and for him to go over and hug my dad like that and not storm off all mad like a lot of kids do – pretty cool.”

Joe’s Perspective: I have been writing this blog for 3+years, writing close to 200 posts. For me, this is the most inspirational story I have encountered. Despite the sadness of the loss, Malik reminded us that humanity and kindness is more important than sport and competition. This story gives me faith in humanity and the next generation. So when people start the song and dance about “kids today,” I will refer them to this story.  And, I agree with Malik when he says, “I thought it was the right thing to do.” Yes, it was and I think you inspired others to follow in your footsteps.

Your Turn: Are you also inspired by this story and do you think you would be able to show the same class in defeat?