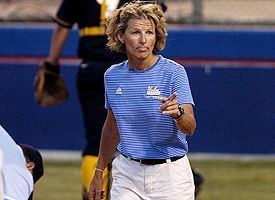 Before Coach Sue Enquist arrived on the campus as a freshman in 1975, UCLA’s softball program had seen limited success. But, by the time she retired as its head coach in 2006, UCLA had won 11 national championships. As co-head coach and as head coach, Coach Enquist led the team to an 887-175-1 record. This was and continues to be the highest winning percentage (.835) of any college softball coach. Therefore, Coach Enquist has been inducted into several prestigious halls of fame and her awards are too numerous to list. To put it simply, she is the G.O.A.T. of women’s softball.

For the first part of her coaching career, Sue was a hard-nosed coach who demanded perfection. She was respected by her players and admired by her peers. After all, she had the kind of success that every coach dreamed of. Despite that, she was feeling miserable inside — the victories somehow felt hollow. To her credit, Sue undertook a fearless inventory of herself. She then discovered that a key ingredient was missing: She was not having the type of positive impact on her players that would transform their lives off the field. So Sue — the coach with all the wins and the championships — made significant changes to the ways that she approached the game and her student-athletes. In a nutshell, she reinvented herself as a transformational coach — one who positively impacted the overall lives of her players.

Now Coach Enquist is retired and she travels the country to provide keynote talks with the singular objective of creating exceptional leaders. She wants sports leaders and business leaders to benefit not only from the mistakes she had made but also from the lessons she learned along the way. Many of her talks begin with this message:

If you look at my bio, for the first two-thirds of my career it looked like it was a lot of fun — and it was. We won a lot. We won 11 championships and I’m proud of that. What I’m not proud of is that two-thirds of those wins were empty W’s, meaning that I was completely fixated on winning and dominating, and the idea that “more is better.” It wasn’t until the last third of my career that I began to focus on how I got there and how I treated my student-athletes.

Not all of us will be fortunate enough to hear Sue speak, so this chapter will focus on the lessons in leadership that she has to offer the next generation.

Coach Enquist believes in developing a community on each team. She believes that the coach is “responsible for creating the conditions for their student-athletes to reach their best.” It is up to the coach to properly frame the confidence of each athlete to be great in game conditions. By doing so, a coach can help a player attain their competitive greatness.

Sue employs a powerful metaphor to encourage coaches to think about the words they use with players. She calls it the “Sharpie Strategy.” Whenever you use a permanent marker, you are leaving behind a mark that cannot be erased. When a coach uses words, they likewise are leaving behind a permanent mark that cannot be erased. Sue reminds us, “From the moment you start recruiting her, training her, and putting her in the lineup, you have to understand that your words are a sharpie on her brain.” She ends this segment by asking her audience members, “How have your words stained the brains of those around you?”

Another important lesson is to help athletes develop their own positive “talk track.” There are two different voices competing inside every person’s head all the time — the strong voice and the weak voice. The keys to becoming a champion are managing the weak voice and allowing the positive voice to get the last word. So, in the world of softball, Coach Enquist taught her athletes to say three things to themselves before they step up to the plate: First, “I’ve earned the right to be confident. I’ve worked my tail off Monday-Friday and I deserve this opportunity. “Next, to look the pitcher in the eye and say, “Bring it, sister.” And third, from that point forward in the at-bat she wants her players to say the following word to themselves over and over — “yes,” “yes,” “yes,” “yes.” This combination of positive self-talk was intended to promote positive affirmation and to put the batter in an attack mode. Coach Enquist had learned that players play better when they are aggressive as opposed to being careful.

Sue now goes to great lengths to remind coaches that their players are just kids. Every player is there to develop her (or his) strengths and improve. So, instead of focusing so much on perfection, she suggests that leaders focus on something she calls, “failure recovery.”  For example, “At UCLA, we had a failure recovery stat. We focused on what she did on the next pitch. Don’t worry about the home run, the base hit, or the errors behind her, (instead) start focusing on what she did on the next pitch.” In other words, the leaders’ goal is to make their people resilient. Can they bounce back after a bad break?  Everybody will make a mistake, but can they stay focused and prevent the bleed out?

Perhaps the biggest change in the last third of Coach Enquist’s career was the focus that she placed on developing a player’s character:  “I regret that I wanted 400 more swings vs. how we are going to go about doing things.” So, in the final third of her coaching career  Coach Enquist focused on the intangibles, that is, the things that cannot be measured. And, as she built up each player’s character, that individual not only became more coachable, but more importantly became a better human being. Therefore, in every keynote talk that she now gives, Sue encourages coaches to focus more of their time on character development.

Sue also introduces the 33% rule. She believes the bottom 33% of the people in one’s life will “suck the life out of you.” They are the excuse-makers who consistently whine and complain. The middle third “blow in the wind.” When things are going well, they are all in, but when things get tough, they are the first individuals to turn on you. At the beginning of the season, they love the coach but, as soon as the team struggles, they blame the coach. In contrast to these people, the top third wake up every day willing to give 100% of everything they have. These are the ones who set goals and seek to improve each day by 1%. Sue introduces this rule for two reasons: First, to remind players that they can move up to the top third by being more positive, trusting the process, and understanding that life is a team game. Secondly, to remind coaches to put on their protective armor so that the bottom third does not steal their passion!

Coach Enquist characteristically ends her keynote talk with the following caveat: “When your career is over and, in fact, when your life is over, people will sum you up in one sentence: ‘Oh, Joe was…’ ‘Andrea was…'”  She calls what comes next the Life Sentence.” She then challenges her audience members to answer the following question: “What do you want your life sentence to be?” She reminds them that they will be remembered most for how they treated the people that they led. This will be true in athletics, in business, and in life. “How you act over time, that is your pattern of behavior. That becomes your character. And your character becomes your legacy.”