Talk About Positive Attitude… Let me Introduce You to Nate Boyer

Talk About Positive Attitude… Let me Introduce You to Nate Boyer 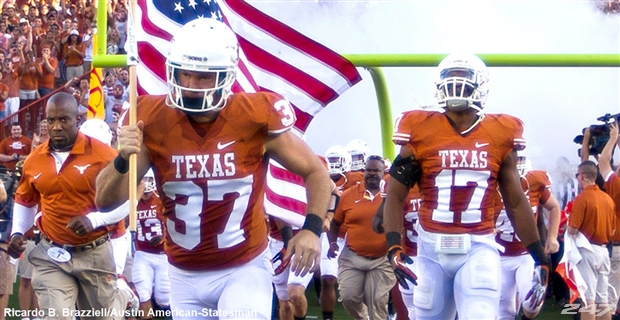 I was watching ESPN Sports Center this morning and I watched this human interest story. I knew I had to introduce you to Nate Boyer.

Finding His Rudder: Nate’s mother described him as an “average kid.” At the age of 21, Nate described himself as “rudderless.” While flailing around as an unemployed actor in Hollywood, he glanced through a Time Magazine article about the genocide in the Sudan. Nate said that for some reason he allowed that article inside his soul. “Something inside of me said you have to do something.” With what little money he had, he paid his way to Africa. He talked his was onto a United Nations flight and spent the next 2 years of his life helping a war-torn nation. It was there that he learned what struggle, turmoil, sadness and death looked like. It was also there that he decided to serve his country.

A Commitment to Serve: At the age of 24, Nate joined the Army and decided to become a Green Beret, one of the world’s most elite fighting forces. The class that he joined had 157 soldiers and only 11 made it through the necessary training to become a Green Beret. Nate Boyer was one of those 11 soldiers. For the next 5 years, Nate served his country proudly. He was a part of numerous deployments to places like Iraq and Afghanistan. He earned a Bronze Star for his actions. In 2010, Nate was honorably discharged from the Army and immediately signed up for the Army reserves.

Entering College: At the ripe old age of 29, Nate decided he wanted to go to college and earn a degree. Understanding that he had little money, he decided to earn an athletic scholarship. So, without ever playing a day of organized football in his life, he tried out for the Texas Longhorn Football Team. He made the team as a walk on. He didn’t play much, but he carried the American flag out of the tunnel before each home football game.

Earning A Scholarship: At the end of his freshmen year, Nate learned that the team’s long snapper was graduating. He then told Coach Mack Brown that he was going to be the long snapper for the team the following year. Coach Brown asked Nate if he had ever done this before. Nate said no, but that didn’t seem to deter Nate. While deployed with the Army reserves that summer, he practiced the art of long-snapping. He watched youtube videos. When he returned for the fall semester of 2011, Nate won the job of snapping for field goals and punts. He earned a college scholarship. He started the next 38 games, snapping the ball over 500 times. According to Coach Brown, all 500 were right on target.

The NFL: At the ripe old age of 34, Nate decided that he was going to play in the NFL. Coach Brown told him that the pro scouts and coaches thought he was “too slow,” “too small,” and “too old.” Nates response, “I figured that, but you know I’m going to make the team.” The 7 rounds of the 2015 NFL Draft came and went without Nate’s name being called. However, within minutes he received a phone call from Seattle Seahawks coach, Pete Carroll, who called to offer him a job. Nate went to work. He gave it everything he had. Unfortunately, Nate was cut from the team a few days ago, never playing in a regular season game.

Dr. Hoedel’s Perspective #1 – Never Quit: Some might say that his dream of playing in the NFL is over. It might be. Regardless, I know Nate will be one of the most successful people at whatever he chooses to do with his life. Why? Some people simply want it more than others..some work harder than others… some find that something inside of them that separates them from the pack. Nate is one of those human beings. “The one thing I want people to know about me is that I’ll never quit. You’ll never break me.” You want to be against Nate? I don’t.

Dr. Hoedel’s Perspective #2 – It’s In You Too: You read it correctly. His mother described him as an “average kid.” Sounds like another 5 to 10 million students I know. A lot of people have dreams,” Nate said.  “The fact that I focus all of my energy into making them happen is why it happens.” The difference between Nate and millions of other “average kids” is Nate’s positive attitude and his outlook on life. He was able to find his desire… his purpose… set goals and make it happen… time after time.  I would like to argue that you have these intangibles inside you too.  It’s in all of us. We just all have to work hard to find it. But, it doesn’t matter if I believe it is in you. The question is, do you believe it?

1) What is it that separates Nate Boyer from others?

2) Whatever it is, do you believe that you have it inside of you too?  If so, how do you find it and harness it?