Teachers Carrying Concealed Weapons: A Solution or a Problem?

Teachers Carrying Concealed Weapons: A Solution or a Problem? 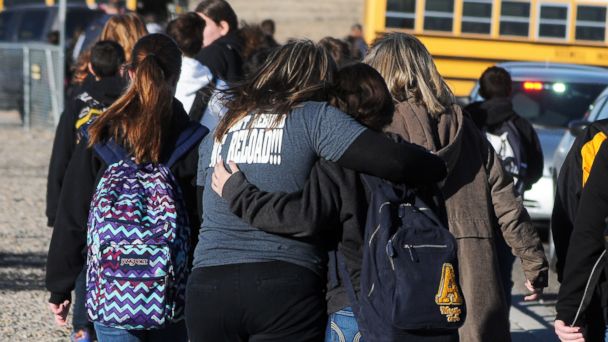 The Facts: The deadliest school massacre in US history occurred 15 minutes from my house in Bath, Michigan when a janitor set bombs throughout the school, killing 45 children in 1927. Other infamous and tragic school shootings have shocked us to the core: 15 high school students were killed at Columbine High School (1999), 33 were killed at Virginia Tech University (2007) and last year 20 first graders were killed at Sandy Hook Elementary School. In total, 137 students have been killed at U.S. schools since 1980 by a bullet from a gun.

Arming Teachers: In 2013, some districts have proposed a bold and controversial step to deal with an active shooting on school grounds. This step includes training and arming a few teachers in each school building. These teachers would come from a pool of volunteers who then are highly screened to carry a concealed weapon while at the school. Teachers would be trained on how to handle an active school shooting.

Controversy in Arkansas: One such district that proposed such a plan is Clarksville School District in Arkansas. David Hopikins, the Superintendent of schools argued for the program saying, “We continue to have these school shootings, and we continue to do the same thing. We’re going to lock the door, and we’re going to hide and hope for the best. Well, that’s not a plan!” However, just before the 2013-2014 school year began, Arkansas Attorney General Dustin McDaniel, vetoed Clarksville’s plan, saying the state code does not authorize school employees to carry guns on campus.  Instead, he advocated that the district hire local police officers or contract with an outside agency for further protection.

Pro: History shows us that when it comes to a school shooting, the only thing that can stop a bad person with gun is a good person with a gun. And, the superintendent in Arkansas is correct. Hiding and praying is not a plan when confronted by a shooter in schools. Something needs to be done and given the current economic times, schools cannot afford to hire police officers or outside firms to handle protection. Several states, including Texas and Utah, already allow teachers to carry concealed weapons and nothing tragic has occurred. This is a sensible and economical plan that protects children at schools.

Con: There are 55 million students in k-12 education in America. Since 1980, 137 have been killed due to a bullet from a gun. Consider the odds of actually dying in a school – it is infinitesimal. Now, imagine the odds of getting killed – accidentally or on purpose – if two teachers in every school across the country carried a loaded gun. How long would it take to have a gun-safety accident? How long before a teacher uses a gun inappropriately – perhaps points a gun at two kids fighting or loses his/her temper and does the unthinkable. How long before a student(s) wrestles a teacher to the ground and gains access to the weapon? In other words, this attempted solution will probably cause more fatalities than it stops.

Your Turn (1) respond via this blog, (2) comment on Facebook page (character development & leadership) or (3) tweet to @CDandLeadership using #CDandL):
1) Social Media Question: Are you in favor of training a few teachers to carry concealed weapons in your school? Why or why not?
2) If presenting to the school board, what plan would you advocate to deal with the unlikely event of a school shooting?