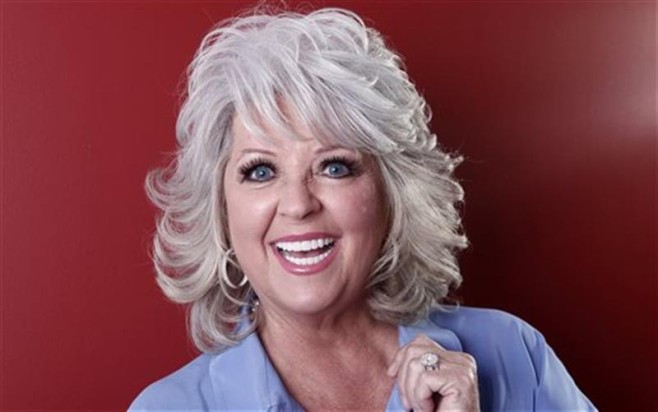 2012: A former employee (Lisa Jackson) at one of Paula Deen’s restaurants, sued Deen and her brother, Bubba Hiers, for racial and sexual harassment.

May, 2013: Ms. Jackson’s lawyers questioned Paula Deen under oath. In June, that transcript was made public. In this transcript, Paula Deen was asked if she had ever used the N-word. She responded, “Yes, of course,” and later said, “But that’s just not a word that we use as time has gone on. Things have changed since the ’60s in the South. And my children and my brother object to that word being used in any cruel or mean behavior.”

June, 2013: Unless you were in a coma during your summer vacation away, you should know what happened next. The news and entertainment media covered the story relentlessly. It was the lead on every TV station, talked about on every radio show, and featured as front page news in newspapers and magazines.

For the better part of two weeks, Paula Deen was the talk of the nation. With very few exceptions, the media essentially branded her a racist. The pressure was immense. Thirteen companies associated with Paula dropped her. The Food network cancelled her two shows, her publisher, Ballantine Books, decided to cancel her book deal, QVC cancelled all appearances and major retail stores like Wal-Mart, Target and Home Depot, said they would not sell her products anymore. She went on The Today Show to stop the bleeding. Most would say that she did a lousy job. Paula Deen Enterprises, which generated $100 million in 2012, was done… finished!

August, 2013: Ms. Jackson’s lawsuit for racial discrimination was thrown out of court “with prejudice,” which means it can never be tried again. Because Ms. Jackson was white, she could not sue and financially benefit from what she said was poor treatment of black workers. Two weeks later, Ms. Jackson’s lawyers dropped the sexual harassment case as well, “without any award of costs or fees to any party.”

Author’s Opinion: I am not a fan of Paula Dean and never have been. I don’t have anything against her either. I mainly just don’t like fried Southern food. This was confirmed when we visited my mother in Savannah, Georgia this past spring, and she “made” us eat at one of her restaurants. Yuck. Furthermore, I do not know if Paula is a racist or not. However, I would like to clarify that this post is not even about Paula Deen. I am writing to talk about fairness, character assignation and the unchecked power of the media.

Author’s Perspective #1 – Where is the 24/7 Media Now? I had to read about the outcome of this case on page 7 of my local newspaper. Where are all the talking heads, media pundits and front page stories now that all of the evidence and facts have been laid out? The media covered this story relentlessly in June. They tried and convicted her in the court of public opinion. They put pressure on companies to drop Paula Dean. Why? Because in today’s society, the absolute worst thing that you can be labeled is “a racist.” Companies don’t want to be associated with a racist. It is bad for business. Once the companies caved and divorced themselves from Paula Deen, the media patted themselves on the back and moved on to the next salacious scandal that generates ratings.

Author’s Perspective #2 – Where is the Apology? In my opinion, everyone in the media who judged her without evidence and facts should be falling all over themselves to apologize to Paula Deen. Everyone in the media should be hanging their collective heads in shame. The media demands apologies from every celebrity who make errors, mistakes or lapses in judgment. However, you don’t see heart-felt apologies when the media screws up. It is inexcusable to ruin a person’s reputation without proof. This is called character assassination, slander and defamation of character. I believe this is unfair, immoral and dishonest, and Paula Deen deserves an apology!

Author’s Perspective #3 – The Facts and the Evidence:  Did you know that the judge in the case will be deciding if Ms. Jackson’s layers should be sanctioned for unprofessional conduct? Allegedly, her lawyers threatened to publicly embarrass Paul Dean unless she paid Ms. Jackson “huge sums of money.” Again, why isn’t this front page news?

Did you know that Ms. Jackson had this to say after the case was settled, “The Paula Deen I have known for more than eight years is a woman of compassion and kindness and will never tolerate discrimination or racism of any kind toward anyone.” Really? In my opinion, she should be yelling this from the top of her lungs on CNN, CNBC, and FOX News.

Author’s Perspective # 4 – The Power of One Person: One person should not have the power to ruin another person’s reputation, particularly without sufficient evidence. Ms. Jackson didn’t discuss this case with black employees or collect sworn statements to document this racism. This was not a class action suit. This was one person who appears to have a monetary agenda.

Author’s Perspective #5 – Fairness Doesn’t Drive Ratings: If Piers Morgan had interviewed me on CNN about this case in June, I would have said, “I haven’t spoken to Ms. Deen or Ms. Jackson about this case. I haven’t interviewed employees or friends. This is one person, a white woman at that, who is making a claim that Paula Deen is a racist. I couldn’t tell you if she is a racist or not… and neither can anyone else on this panel. Perhaps we should wait for the facts to come out before we smear this woman in the court of public opinion.” Piers Morgan would thank me for my commentary and never invite me back.  Why? Fairness and patience don’t drive ratings. These shows rely on talking heads with tough, sharp opinions to drive controversy and ratings.

Author’s Perspective #6 – Applying This to You: This case is no different from someone in your school spreading unfounded rumors about you and putting it on some social media website. Other students then continue to repeat it until the rumors are accepted as fact. Parents and teachers begin to demand that the administration do something to punish you. Because the administration doesn’t want to look like they condone your behavior, they succumb to the pressure and expel you from school. All of this is done without evidence or fact. Wrong, wrong, wrong.

Your Turn (follow us & tweet responses to @CDandLeadership using #CDandL):
1) Social Media Question: Why do you think the media relentlessly covered this case in June when accusations were made, but chose not to cover in in August after the facts were revealed?
2) Do you think Paula Deen was treated fairly? Why or why not?
3) If you were one of the companies that dropped Paula Deen in June, how you would handle it from here?